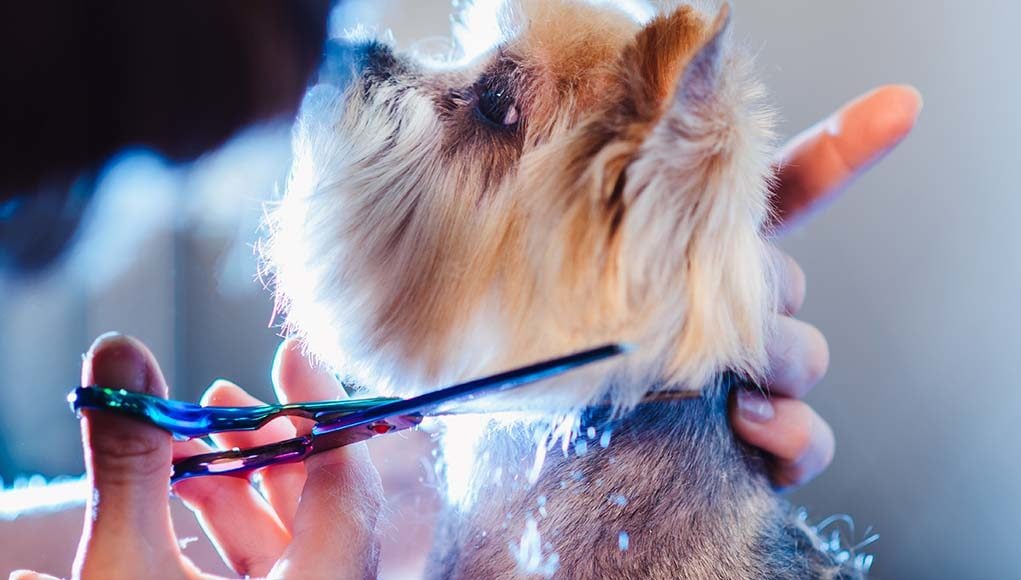 More and more pet owners are beginning to groom their dogs at home, which is far more affordable approach than visiting a professional groomer. As long as you can have the most basic set of dog grooming supplies – clippers, brushes and some dog grooming scissors sets – you can do majority of the work yourself.

The best dog grooming scissors sets must contain a few essential pieces, including a reliable kit of dog shears. Below are five of our favorite dog scissor sets to help you groom your pet at home once in a while.

The first kit on our list is from a popular company, Pet Magasin. This is a set of top-quality grooming scissors for dogs which comes with 2 pairs of durable dog grooming shears made from the finest surgical stainless steel. The longer pair with pre-sharpened smooth blades is designed for clipping body fur, while the slightly shorter pair with micro-serrated blades is intended for detailed work on the pet’s face and paws.

Both pairs of these grooming scissors for dogs have rounded tips for optimum safety, with cushioned handles and extra finger rest for added comfort and easy maneuverability. The dog grooming shears kit comes with a 2-year manufacturer’s warranty and 100% money-back guarantee.

As you can see from the dog grooming scissors reviews above, professionals and pet owners alike who bought these pet scissors consistently gave high marks on the surgical sharpness of set. They’ve tried it on dogs, cats, chickens, and even humans, and the scissors held up for these tasks easily. 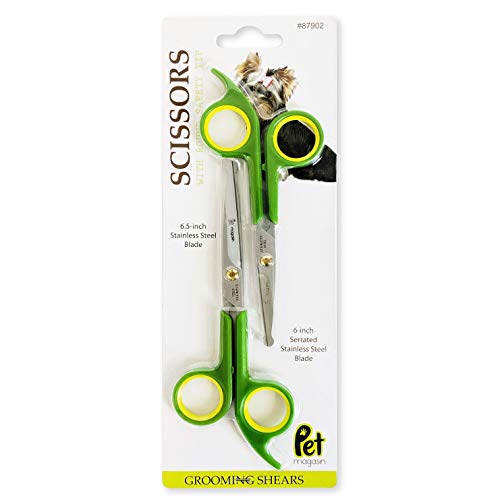 The blades of both the smooth and serrated versions have no problem cutting through the densest of hairs. Since working with sharp blades courts danger, safety of our dogs is naturally a prime concern among pet owners. This one of the best dog grooming scissors sets has shears with rounded tip which is designed to prevent accidental poking – this easily won the buyers’ approval.

Other well-liked features of Pet Magasin Grooming Scissors Kit by pet owners are the rubberized handles for a secure grip and an extra finger loop for guiding around tight spots, such as the pet’s face and ears. The combined cutting efficiency and ergonomics of these grooming scissors for dogs have made it a popular item among groomers, veterinarians, and satisfied pet owners.

These Scaredy Cut’s Tiny Trim grooming scissors for dogs set is a compact and lightweight pair of dog shears with a rounded tip. This 4.5-inch trimmer is recommended as a supplementary tool to other Scaredy Cut pet grooming tools, and is designed for trimming around the pet’s face, nose, ears, and paws.

Tiny Trim grooming scissors for dogs have two different blades: one with a micro-serrated edge to better hold fine fur while trimming, and the other with a smooth sharp edge for making clean cuts. The padded handles offer quiet grooming for sensitive pets. Purchase of this product is covered by a Lifetime Replacement Guarantee and a refund option within 2 years of purchase if you’re not satisfied.

Reviews of these pet grooming scissors are overwhelmingly positive, as you can see from the above link. Pet owners were very pleased with Tiny Trim. First, because of its blunt and rounded tip. Home-groomers and professionals alike immediately saw how indispensable this third best dog grooming scissors set are for trimming hair on the face and other sensitive areas of pets. The rubber-covered thumb and finger holes make gripping more comfortable and controlled, so this is definitely another plus. 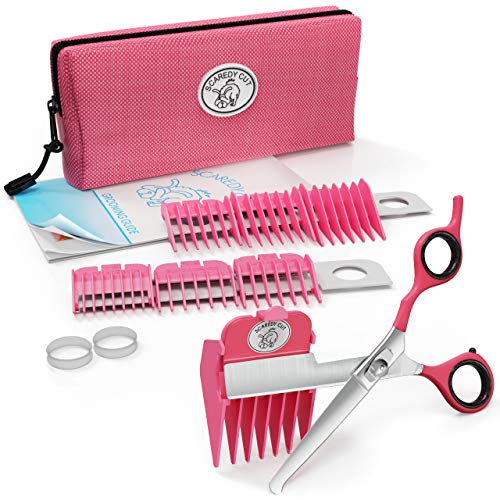 Another thing that dog owners kept mentioning was how happy they were about the seller’s quick response to their feedback. Because the serrations on Tiny Trim Ball-tipped Small Pet Grooming Scissor are so tiny, many buyers initially don’t see them. These were often mentioned in customers’ feedback, to which the seller promptly sent emails explaining in detail where the serrations were and offering options for replacement or refund. We as customers always appreciate this kind of concern and responsiveness from the manufacturer. 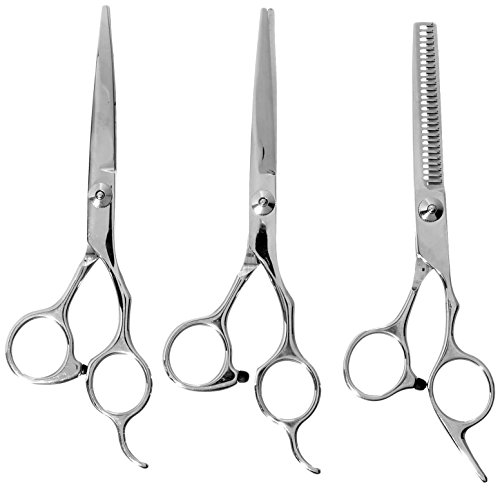 The handles have wide finger rests and outside ear for maximum comfort and effortless cutting. Thick coats and tricky tangles are no match to the high-precision cutting pet shears and 26-tooth thinning shears for dogs. These dog thinning shears also function as finishing tool, and these medium-sized scissors come in a zippered carry pouch.

According to most dog grooming shears reviews, buyers of ColorPet’s Curved Scissors agree that these are easily one of the best dog grooming scissors sets available today which are especially great for home-groomers. This kit has efficient razor sharp blades and comfortable handles for detailed work. The contoured design has allowed many pet owners to groom their pets themselves. This was particularly convenient for those whose dogs were scared of groomers or had mobility problems, or for pet owners who simply wanted to save on grooming fees.

Overall, it’s an affordable set that gets the pet grooming task done effortlessly. Many have found ColorPet Curved Scissor Set to be just the right size, weight and price, especially those who were starting out with home-grooming their pets and weren’t prepared to spend so much on best grooming scissors for dogs at the outset. The fact that there are three dog thinning shears in the kit is another reason buyers opt for this choice. The dog grooming scissors’ tips could have at least been blunted or rounded to prevent accidents as suggested by many customers. 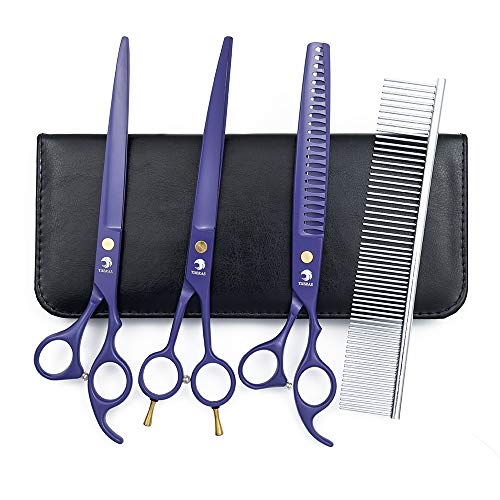 These dog grooming shears and scissors are made of stainless steel; scissors have balanced weight and adjustable tension knob for high-precision cutting. The handles on these grooming scissors for dogs are contoured with finger rests for comfort and added control.

The above dog grooming scissors sets reviews are yet again very positive from majority of dog owners; however, there's a lack of the reviews overall. Generally, this seemed like an ideal beginners’ set for pet owners who decided to start grooming their dogs at home. A couple of visits to a professional groomer would already pay for all the nine pieces, which included five dog trimming and cutting tools. Thus, buyers of Color Pet 9-Piece Pet Grooming Set considered the price wisely spent for a dog grooming set that had almost everything they needed for grooming their pets.

Many of those who had been using this last one of the best dog grooming scissors sets for a while, however, observed that the handle hurt after a few minutes of cutting and shearing. And while these dog scissors were made of thick metal, a higher grade of metal that held the edge longer could have been used. On the whole, these were minor things that dog owners were willing to accept for the price that made the set such a good buy.

For the last kit on our best dog grooming scissors sets list we have an even cheaper option yet still high quality, from a well-known dog company called Conair. This pair of round-tip dog grooming shears has 5-inch smooth and micro-serrated edges that are ideal for trimming fine fur on dogs in hard-to-reach and sensitive areas.

Non-stick coating on these grooming scissors for dogs ensures smooth cutting. Firm and soft finger rings and rests allow for comfortable grip and controlled handling of these dog shears. The blunt rounded tips make it a safer trimmer to use around the dog's face, ears, and other parts. This is an obvious choice among professionals and amateur pet groomers alike, especially for detailed or finishing work.

There aren't as many reviews for this dog grooming set of scissors when compared to other items. Initially, dog owners were drawn to these dog grooming shears because of its blunted tip. After using Conair PRO Dog Round Tip Shears, a common observation was the nice grip of the micro-serrated blade on fine furs, which is difficult to do with the usual blades or larger serrations.

These last best dog grooming scissors sets worked for heavily matted hairs, and since the shears clipped so quietly, even dogs known to be sensitive didn’t seem to mind. It was also noticeable how pet parents could cut with the whole length of the blade, so the shears were very efficient for pets with a lot of hair, such as poodles or long-furred cats.

Anybody looking to buy this dog grooming scissors set must be aware of what they need exactly – check the product dimensions carefully, because some buyers returned the product after finding out that the finger holes were too small for them. This dog thinning shears set is perfect for safely cutting hairs to the tip, but may not be the best one for pudgy fingers. 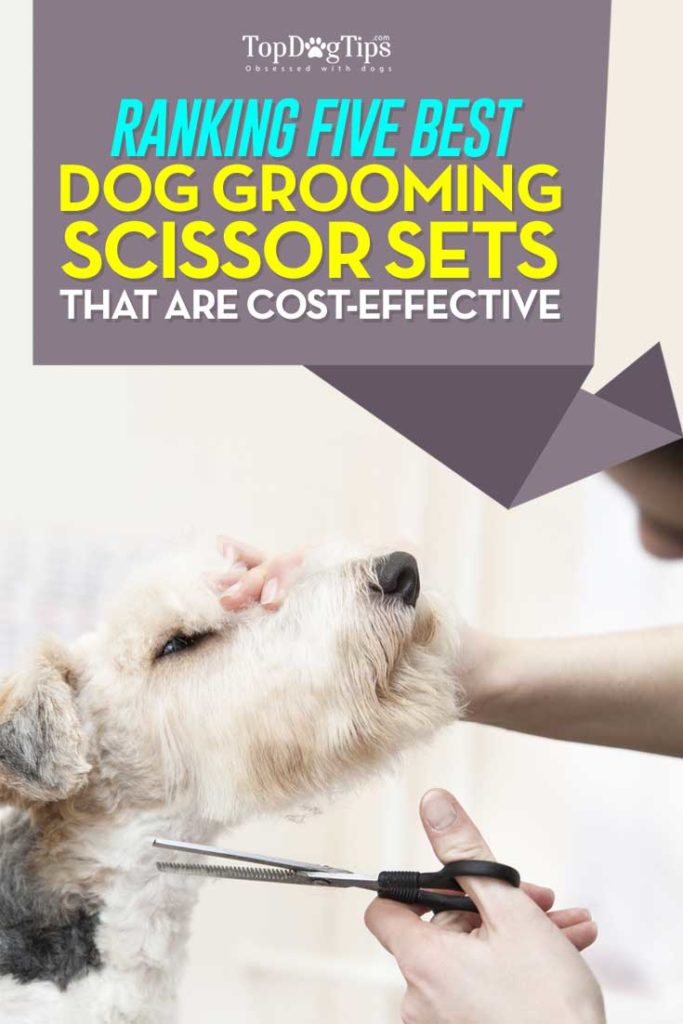 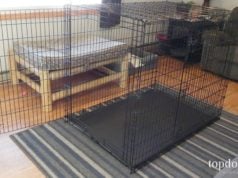 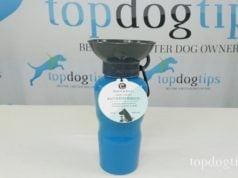 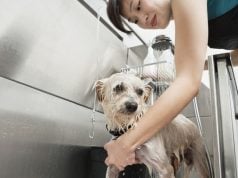 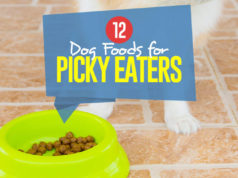 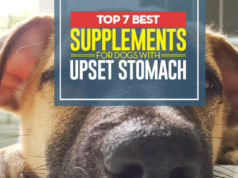 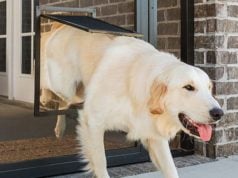 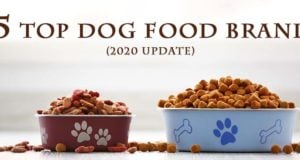 Sarah Ann Taylor - Feb 5, 2020
Picking top dog food brands is not simple, and here's why: it depends on what kind of dog foods you're looking for. As someone who's been... 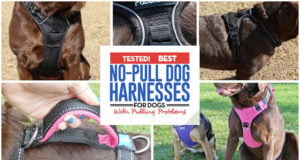 Dom Naish - Aug 20, 2019
A dog pulling on a harness or leash is a bigger issue than many pet owners realize. If you have an issue with your... 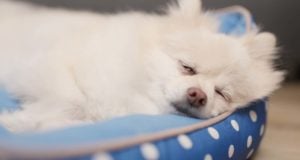 Diana Beth Miller - Apr 18, 2019
There are a million and one cooling dog bed brands out there, but which are worth the investment and which are cheap knockoffs with... 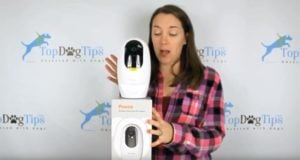 Samantha Randall - Feb 18, 2019
Having a pet monitor camera at home provides an abundance of benefits for owners, especially busy ones, and particularly if it's a pet camera... 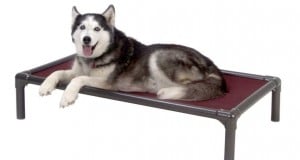 Dom Naish - Feb 5, 2019
Dog owners are often curious whether there really is such a thing as best chew proof dog bed or chew resistant dog bed for dogs... 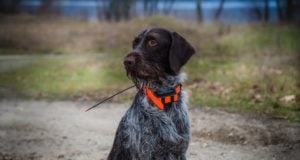 Patrick Lumontod - Jan 27, 2019
As more dog owners choose to bring their dogs wherever they go - hiking, camping, hunting, other outdoor activities or simply long walks - the... 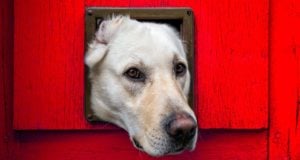 Dom Naish - Jan 25, 2019
It's becoming more popular to install pet doors for dogs when you own a home, and there's a good reason for that. A doggy... 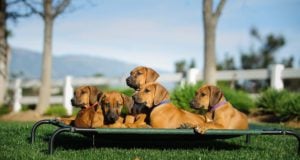 The 50 Most Tough Dog Beds

Diana Beth Miller - Nov 26, 2018
There are a million and one dog beds to choose from, but if your dog is a chewer, your choices are a little more...