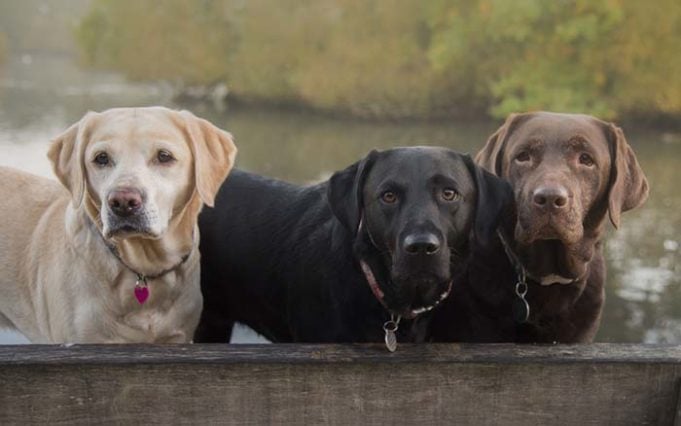 The color of their fur is not the actual problem. Rather, it's how they are bred that might be harmful to these animals' genes. And studies show that chocolate colored Labradors are less healthy than Black or Yellow labs.

One of the most popular dog breeds in the world is the Labrador Retriever. These animals generally come in three different colors: black, yellow (light brown) and chocolate (dark brown).

“The relationships between coat colour and disease may reflect an inadvertent consequence of breeding certain pigmentations.”

But a new study has suggested that among the Labradors, it's the ones with chocolate fur that have shorter lives and more health issues. Experts from Sydney and London did a study of 33,000 Labradors based on records from British veterinarians. Their findings were published in the journal Canine Genetics and Epidemiology.

The experts determined in their research that yellow or black coat Labradors live 10 percent longer than chocolate labs. The normal median age for the two sets of labs was at 12 years old, while the chocolate lab was only until 10.7 years old.

Chocolate labs also suffer more health problems frequently than their other counterparts. They are more at risks of developing ear and skin diseases.

The also experts determined that chocolate Labradors have more hot spots on their bodies than black or yellow Labs. Their skin is so sensitive that a minor hair trimming or an infection from pests like fleas or ticks could already cause wounds.

But the researchers made it clear that these dogs’ lifespan and health issues aren't linked to the gene pigmentation. Rather, this is the result of how they are bred.

The chocolate coat gene is apparently a recessive gene. To breed a chocolate brown Labrador, breeders have to make sure that the puppy's parents are carriers of this chocolate gene.

But then, when breeders do this then they are effectively narrowing down the Labrador's gene pool by targeting specific chocolate coat gene carriers only. The result may yield higher percentages of genes that are more prone to ear infections or skin conditions, which will ultimately affect the dog’s lifespan. 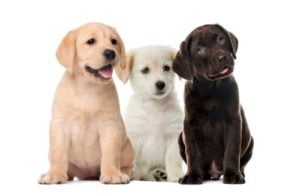 Coat color is a vital determinant in the health of some animals. For instance, the North American gray wolves have black fur to help them fight inflammation and infection, as per a study published in the Science magazine.

Lead study author Paul McGreevy said in the press release that perhaps the same principles apply with the chocolate Labradors. It's also possible the color of their coat has links to this breed's propensity for blindness or deafness.

The experts hope that with their findings, veterinarians and owners of Labrador Retrievers will be more prudent in their dog's regular health check-up, especially if their animal is chocolate brown. In general, however, a Labrador Retriever is one of the longest-living breeds of dogs, according to another study in the same journal.

Apparently, dog breeders associate different roles for Labradors depending on their coat's color. The yellow ones are more capable of working as blind guides and service dogs. The black ones are for hunting and working on the field, while the chocolate labs are for the show ring and as regular house pets.

The yellow labs have a calmer temperament and the black ones are quite active and agile than their other counterparts. The chocolate labs may also hunt but there are most fitted as family pets.

In recent times, especially in the U.K., other Labrador colors have also emerged. Aside from black, yellow and brown, you may also find pale lemon-colored Labradors, fiery red Labradors that look like foxes, and silver coated Labradors. These have also been developed by breeders.