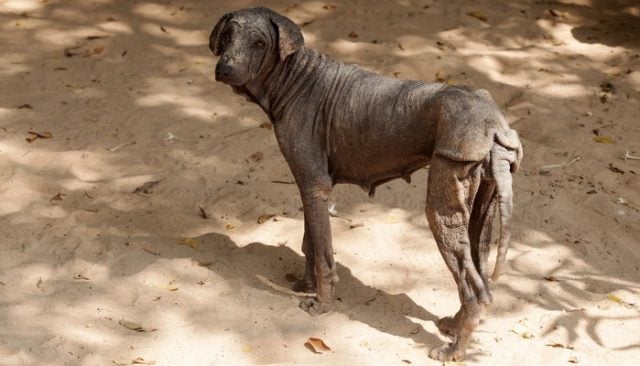 A hairless, emaciated and obviously ill dog was found curled on the roadside in one of the cities in India. He was mindless of the heat and the traffic when the animal rescue team arrived. Either that or he was too weak to mind his environment.

A slight movement of his head showed that he was alive. The rescuers decided that they couldn’t risk the dog running away and allowing another day to pass by without treating him, so they decided to use a net to capture him.

Stray dogs are a common sight along the streets of India. In fact, India is one of the countries in the world with the highest population of stray dogs. The increasing number of these stray canines complicates many societal issues and nuisances, such as dog bites, spread of rabies, dog fights, garbage-scavenging by dogs, diseases, and pollution. 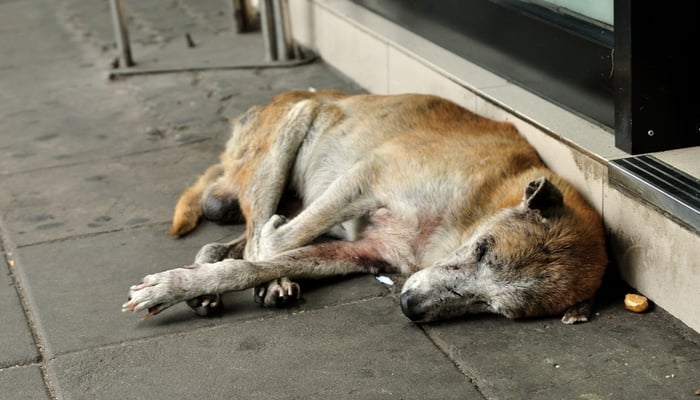 The pooch was successfully rescued. At the rehabilitation center, it was found that he suffered from a very nasty case of mange, a contagious skin disease caused by mites that burrow deep in the skin. There was nary a fleck of hair on his skin-and-bone frame.

The dog had raw wounds all over, and he was so frail. His pain was obvious. He hardly moved except to whimper when he was touched by the rehabilitation worker. He lifted his head when given a kibble, obviously the first one he didn’t have to scavenge or fight for. He chewed weakly at first, then chewed some more.

The dog had been eating regularly after that. He also benefited from rehydration through an IV, topical mange treatment, humane care, and constant interaction with people. After only ten days, the dog’s recovery was unbelievable! His skin cleared up, and he was able to stand and move around.

When he was found, he looked dark brown; so he was an absolute new sight when he stood up sporting a clean, light-toned skin! 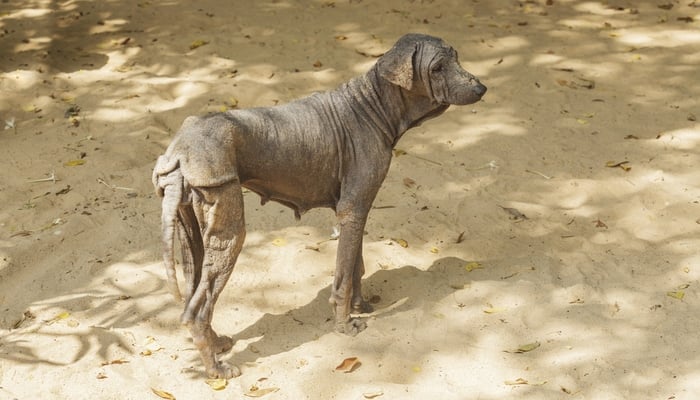 After two months of intense rehabilitation, the dog was a totally new pooch. He had a healthy white coat, he had packed much more flesh and muscle in there and he socialized happily with people and other dogs in the center. At last, he was alive and living a life!

This dog is on the waiting list of dogs up for adoption. Rescued dogs need to be adopted because the rehabilitation centers cannot keep them forever. There are other stray dogs that need care. The role of these centers is to rehabilitate dogs and give them a better chance of being adopted.

RELATED: Where to Buy a Dog: Responsible Adoption

This is another sad story turned for the better because people cared enough. But there are more sad stories out there, as long as there are irresponsible dog owners. Dogs with mange are a common sight on the streets. They suffer from intense itching that eventually results to total hair loss and a foul odor.

This is a curable condition but most owners take the easy road. They abandon their dogs, letting them fend for themselves on the streets. Animal rescue centers can’t do it alone. If you’re a dog owner, take care of your dog.

If there’s no family or home for any of their offspring, have them spayed or neutered. The fewer dogs there are on the streets, the less there will be a need for animal euthanasia. We can all help these dogs by raising awareness for animal rights and the importance of adopting rescue pets.