Home Cat Health Cortisol In Dogs and Cats: Is It Important 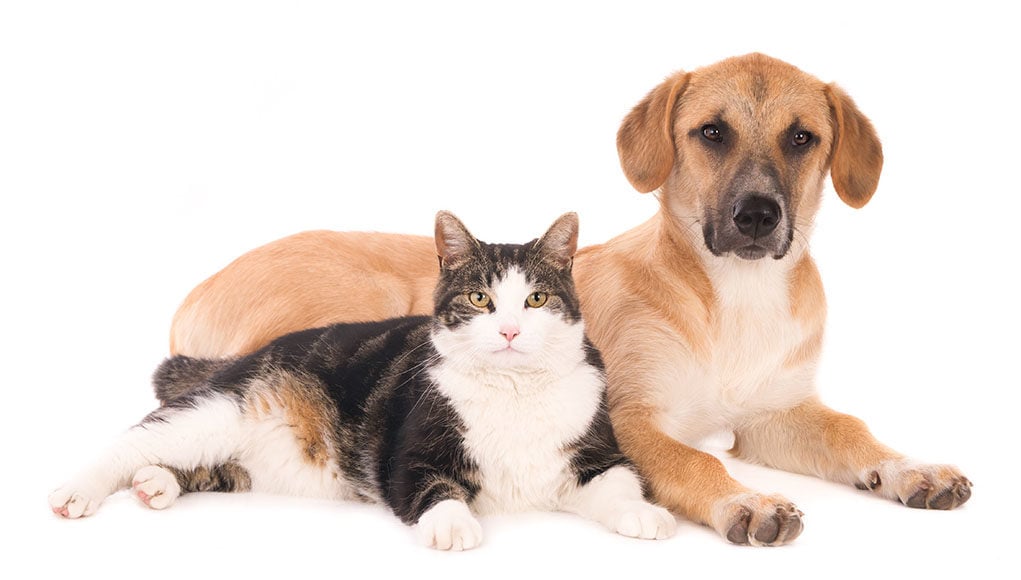 Have you ever heard of a stress hormone? No? Cortisol is a vital hormone often referred to as the stress hormone. What is the importance of cortisol in dogs and cats?

And yes, our pet dogs and cats can get stressed too. As pet owners, we like to make sure that they live in a stress-free environment.

But stress response is only one of the few critical functions of cortisol. Your pet can live a long and happy life with the proper production.

Unfortunately, their bodies can sometimes lack or excessively produce this hormone. This can lead to diseases like Cushing's disease and Addison's disease, which we'll discuss later on.

But first of all, let's focus on what Cortisol is? 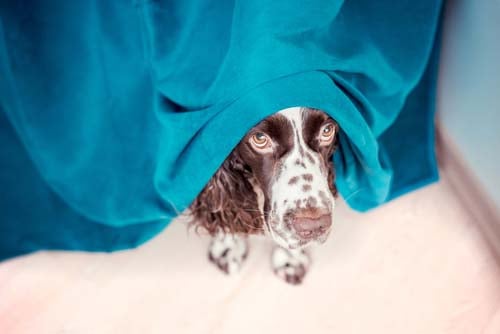 Cortisol is a steroid hormone or glucocorticoid hormone. It's one of the natural steroids in the body.

Cortisol is produced and released by the adrenal glands. It is an important hormone that helps many primary body functions in animals.

Average amounts of cortisol help the body adapt when it feels stressed and senses dangerous responses. However, too much of this hormone has its downsides too. We'll discuss that later.

Cortisol in Dogs and Cats and Its Importance

As stated above, Cortisol is well-known to help control the pet's stress level and even perceive danger responses. But this hormone still has a lot of good to offer.

The adrenal glands in front of the kidneys produce the most cortisol in our bodies. The hypothalamus and pituitary gland are in charge of sensing how much cortisol is in their body.

When they lack cortisol, the pituitary gland produces adrenocorticotropic hormone or ACTH and sends it into the bloodstream. This ACTH is responsible for signaling the adrenal glands to produce cortisol.

In addition, the amount of cortisol produced will depend on the day-to-day situations. Below is a quick list of the other benefits of cortisol in dogs and cats:

The body continuously monitors your cortisol levels to make sure it is well-balanced. As we said earlier, cortisol can be harmful if it's higher than usual or lower than average.

There's a lot of importance of cortisol in dogs and cats. If their body lacks it or has an excessive amount, it can lead to health problems.

Addison's Disease, also known as hypoadrenocorticism, is caused by a decrease in hormone production from the outer part of the adrenal gland. The adrenal glands are known to produce two essential hormones: cortisol and Aldosterone.

Cortisol, as we discussed earlier, is a stress hormone. On the other hand, Aldosterone is a hormone that regulates the body's minerals, sodium, and potassium levels.

Potassium and sodium levels are necessary to maintain the body's fluid balance. These two hormones are essential to sustain a dog's or a cat's life. 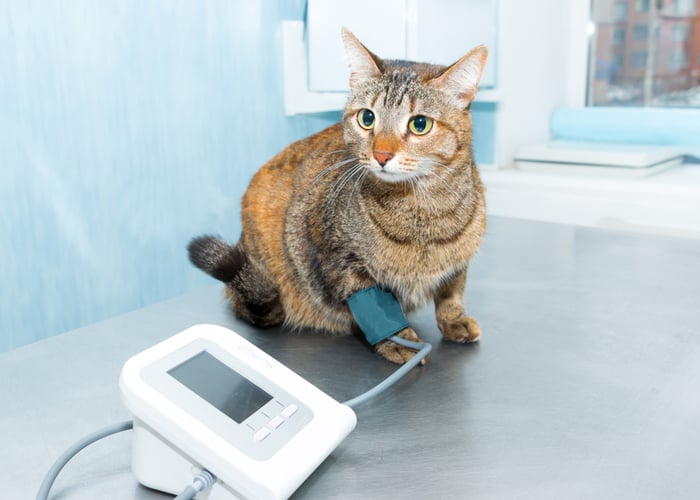 Cause of Addison Disease

In dogs, Addison's disease is primarily caused by the destruction of adrenal tissue. The collapse happens because of an immune reaction. Meaning when the body's immune system attacks the adrenal gland.

The adrenal glands can be damaged by trauma, infections, or even cancer. In addition, Addison's Disease can also be caused following the treatment of Cushing's disease, where there's too much cortisol and aldosterone produced, as discussed later.

Certain dog breeds have an increased risk of developing Addison's Disease. A few of these breeds are:

Addison's Disease in cats is somehow rare. But there are still several cases reported. It is most common in middle-aged cats, but it can also be seen in younger cats.

This illness can be seen in male or female cats and is not associated with specific breeds.

Clinical signs of this disease are hard to diagnose as they have a wide range of symptoms associated with the disease. The symptoms will depend on the duration of the problem.

Life-threatening symptoms are observed in acute cases of this disease. Here are a few signs that should be kept in dogs and cats:

In some cases, dogs with this illness arrive at the vet in a life-threatening crisis. These dogs have low blood pressure, can be in shock, dehydrated, have impaired heart function, and more.

This requires immediate hospitalization and intensive therapy. But in general, the treatment will depend on the kind and severity of the symptoms.

The primary treatment for this disease gives the body the adrenal gland hormones. Meaning your pet will need the cortisol that they're lacking.

This disease is usually diagnosed when it's in an Addisonian crisis. This is where the condition is now in an acute stage and can lead to severe symptoms like shock and collapse.

Diagnosis of this disease will depend on the medical history of your dog or cat. This includes any medications that they are taking, clinical signs, and results of blood and urine tests.

The most standard diagnostic test for Addison's disease is the ACTH-Stimulation test. This is where the cortisol levels are measured before and after injecting a synthetic form of ACTH. 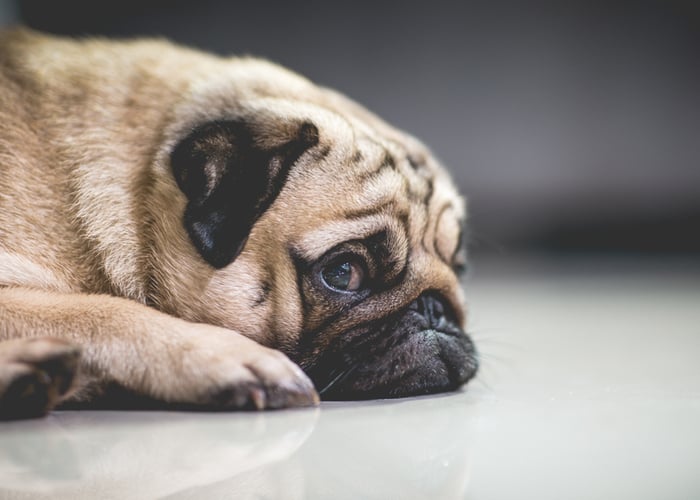 Cortisol In Cats and Dogs and Cushing's Disease

Cushing's Disease, also known as Hyperadrenocorticism, is the opposite of Addison's Disease, where the pet's cortisol is higher than needed.

This disease results from the body producing an excessive amount of cortisol from the adrenal glands.

Too much of this hormone can put your pet at risk of other diseases. For instance, it can lead to kidney damage and diabetes. It can also lead to life-threatening events.

This disease is much more common in dogs than it is in cats. However, it's essential to note that it is more difficult to control in cats.

It can also be caused by progesterone-type drugs used to control reproductive cycling in female cats.

Cause of Cushing's Disease

A benign or malignant tumor usually causes this illness in dogs in the pituitary gland, located in the brain.

It can also be caused by giving them high doses of cortisol-like hormones for a long time. These hormones are sometimes necessary to maintain some illnesses.

This kind of disease is most common in middle-aged to older dogs. As a pet owner, you need to monitor your pet as the disease develops slowly.

Below is a list of early signs or symptoms of this disease:

In addition, one of the most noticeable symptoms for cats is when their skin becomes extremely thin and fragile. Even simply petting your cat can make the skin break and bleed.

The treatment will depend on the type of disease that your pet has. But it usually includes medications that help decrease the amount of cortisol that the adrenal glands are producing.

For instance, if you're pet has a Pituitary Tumor, Trilostane and Mitotane are typically used. On the other hand, Adrenal Tumor treatment usually requires major abdominal surgery.

Diagnosis usually requires multiple blood tests, urine tests, and imaging (x-rays and ultrasound). However, no single test is accurate in determining this disease.

Multiple tests are required, so you need to be prepared. Some tests need to be repeated in some cases.

Other tests to determine this illness include: 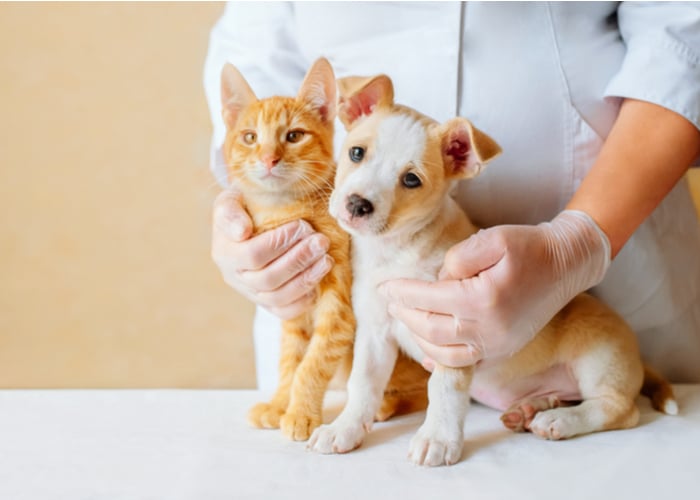 How long does cortisol stay in a dog's body?

Other hormones tend to stay and act over a more extended period. Studies have shown that cortisol leaves the dog's system 30 to 60 minutes after a stressor.

But when it comes to long-term stress and how it will affect the body, this is where the immune system comes in.

How long can a dog live with Cushing's untreated?

The average survival time with this illness is about two years. And only 10% of them live beyond the four-year mark.

But don't you worry, because this disease is usually diagnosed in elder dogs. Most dogs die of unrelated causes brought by aging.

How long can a cat live with Cushing's disease?

Even though this disease is a rare illness in cats, it is still alarming. The life expectancy of cats with this disease will depend on the condition's cause.

For example, cats suffering from iatrogenic hyperadrenocorticism react well to treatment and can live their lives comfortably for months and years.

Cats with malignant tumors are much harder to tell. Your vet will help you with the details specific to your cat's condition. 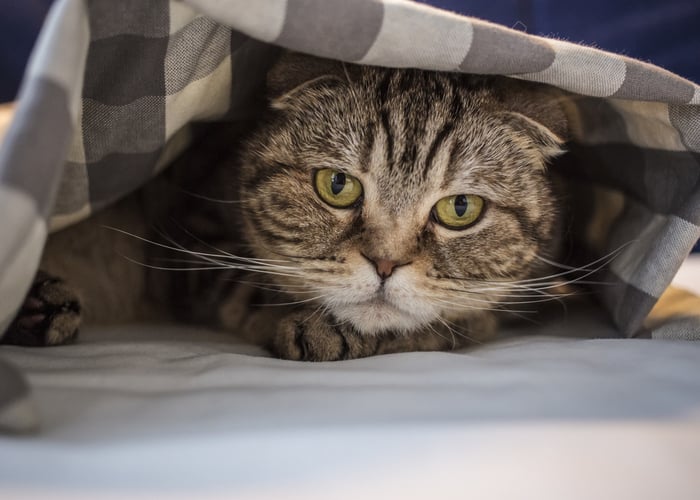 Cortisol in Dogs and Cats Summary

The importance of cortisol in dogs and cats is not just that it is a stress hormone. No, it's much more than that.

Cortisol can also help with the body's metabolism, maintaining blood pressure and blood sugar, and even suppressing inflammations.

However, if the body lacks this hormone or even produces this excessively, it can harm your pet and even be a life-threatening situation.

The lack of cortisol in pets can lead to Addison's Disease. It is caused by the destruction of adrenal tissue, forcing it to decrease hormone production.

On the other hand, Cushing's disease is when the body produces excessive cortisol. Too much production of this hormone can also lead to kidney damage and diabetes.

We love our pets, and we treat them like they're family. We must make sure that they're living their best life and far from stress.

After all, they are our stress relievers.

READ NEXT: 20 SIGNS OF STRESS IN DOGS [INFOGRAPHIC]