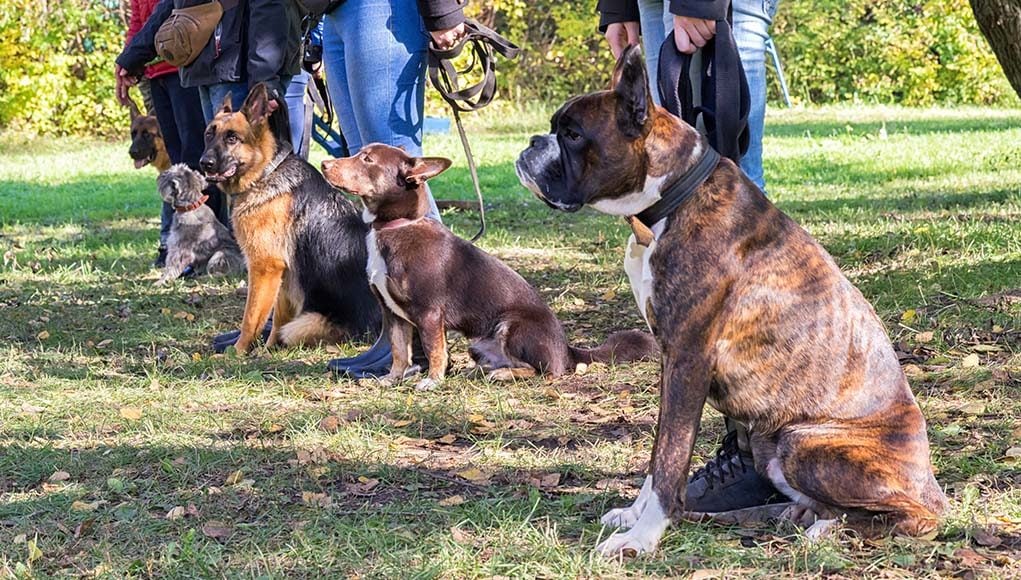 Dog personality tests are used by breeders, rescue organizations, and curious pet owners to help determine the dog’s general temperament towards both people and other animals.

What Is a Dog Personality Test (Temperament Test)?

Similar to the canine good citizen certification, the official dog personality test, sometimes referred to as dog temperament test, should be conducted by a professional and accredited Canine Behaviorist through the American Temperament Test Society (ATTS).

The dog being tested will be taken on a brief walk through the neighborhood or a designated park. The handler will be looking for specific behaviors linked to your dog’s reactions to visual, auditory, and tactile situations.

The dog tester will also be noting if your pet can distinguish between threatening and non-threatening situations and they will be “graded” on how they respond (i.e. how the dog demonstrates unprovoked aggression, panic without recovery, or strong avoidance of situations or stimuli).

Your dog will also be evaluated on:

The test generally takes from 8 to 12 minutes to complete and will require a six-foot lead, a slip-collar, and the testing fee (usually about $30). Note, also, that handlers will not speak to the dogs or give them commands during the testing period; this helps gauge the animal’s natural temperament, tendencies, and reactions.

Although pet owners are allowed to perform the test with their canine at the designated location, those that do not have the experience with dogs may want to enlist the help of a canine behaviorist because your dog will notice if you are unsure, which could lead to a false “test score.”

Requirements for a Dog Personality Test

The ATTS looks for the below traits and skills in all the dogs they test. Interested dog owners can practice most of these “drills” with their pets before they are officially tested.

Requires: 1 Neutral Stranger & 1 Friendly Stranger (neither familiar with the dog).

Part 1: The neutral stranger approaches the handler, and shakes hands while ignoring the canine. The objective is to determine the animal’s level of protectiveness and/or possessiveness.

Part 2: Friendly stranger approaches quickly and happily, then pets the dog. The objective is to gauge the animal’s active social skills

Part 1: The hidden person shakes a metal bucket filled with rocks. He/she then places it on a trail ahead of the dog. Once the pet comes upon the bucket, it is allowed to investigate it. The objective is to test the animal’s level of curiosity and alertness.

Requires: Assistant and a 22-Caliber Shotgun

Part 2: The second part of the Auditory Stimuli test should only be conducted by a professional as some dogs do not react well. The hidden assistant fires the pistol three times in a row. The objective is to see how long it takes the dog to recover.

Directions: The assistant sits in a chair holding a closed umbrella at a 90-degree angle. The handler approaches with the dog. When the team is about five feet from the umbrella, the assistant opens it. On cue, the dog may be allowed to investigate the object. The objective is to test the dog’s response to sudden visual stimuli.

Directions: Dog and handler walk the entire length of the plastic strip and the entire exercise pen. The objective is to determine how the animal reacts to unusual tactile surfaces or footings.

This test should only be conducted by a professional as dogs that react negatively could pose a threat. This test is divided into three parts.

Directions: The dog and handler will stop at a designated marker. The unusually dressed stranger will walk in front of the team at a distance of about 38-feet. The objective is to determine the dog’s response to an unusual situation.

Directions: The stranger will approach the team in a threatening manner to within 10-feet. The objective is to measure the animal’s level of protectiveness in a perceived threatening situation.

Directions: While the dog’s senses are heightened, the stranger will once again approach in a threatening manner, from about 18 feet away (the person should not get closer than 10-feet). Once again, the objective is to gauge the dog’s breed, training, and instincts.

For more information on the American Temperament Test Society or to find a testing place for your dog and date in your area, visit their website. 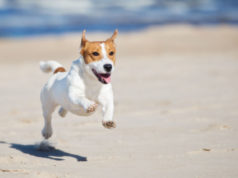 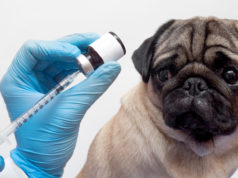 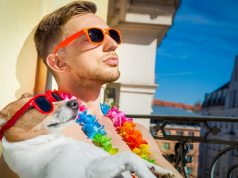