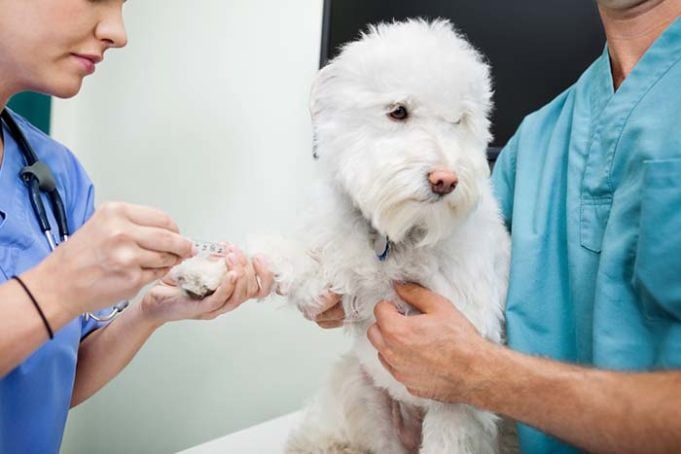 The simple blood test that vets developed may soon make detection of liver disease in dogs easier and more specific.

Dog liver disease has long been one of the more frustrating health conditions for pet owners to deal with. Now a new method for diagnosing liver disease in dogs might soon become the standard for testing the condition of man's best friend, and thus improving the treatment of this problem.

“We have found a specific, sensitive and non-invasive way to detect liver damage in dogs. We hope that our test will greatly improve outcomes by allowing vets to make rapid and accurate diagnosis.”

Vets from the Royal (Dick) School of Veterinary Studies at the University of Edinburgh developed a simple blood test, which has been marked for a worldwide launch soon. The experts worked with other medical doctors and 250 dogs of various breeds to determine the viability of the blood test. They focused on a particular molecule, called the miR-122, which is found in high levels among people with liver disease.

These scientists wanted to find out if this same molecule was also present in high numbers in the sick dogs. Their findings were published in the Journal of Veterinary Internal Medicine.

Sampling the Dogs for Liver Disease

Serum samples of miR-122 were taken from the dogs for blood analysis. Among the group of 250, 120 dogs were deemed healthy, while 100 dogs had other diseases except for problems in the liver. Thirty dogs from the group, on the other hand, were previously diagnosed with liver disease.

RELATED: How to Feed Dogs With Liver Disease 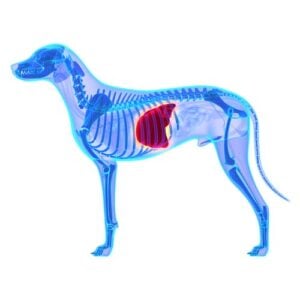 The current method for diagnosing liver disease in dogs is rather invasive and costly. As with humans, the pets have to undergo a biopsy that may also result in some complications.

However, this simple blood test that will determine the miR-122 concentration is expected to improve the outcome for the sick dogs. Dr. Richard Mellanby, one of the experts involved in the study, stated in the press release that this new blood test is also non-invasive, specific to its target, and sensitive.

The test will still undergo further development before its launch. However, the experts are optimistic that once this is perfected, the same testing method might also become useful for humans.

Risks of Liver Disease in Dogs

The liver is one of the hardest working organs in the dog’s body. It's important in metabolism and detoxification and it also produces bile and proteins necessary for digestion and the body's healing.  The liver also helps break down any medication and vitamins that the body ingests. As such, an unhealthy liver may cause many health problems that can lead to serious complications.

One of the most common symptoms of liver disease in dogs is jaundice, or the yellowing of the skin around the eyes, inside the ears or in the gums. Other problems of liver disease in dogs might also include gastrointestinal symptoms like vomiting, diarrhea, increased urination, weight loss, change in the stool color and consistency, and loss of appetite. The dogs might also retain fluid in their abdomen if the condition remains unchecked.

Older dogs are more prone to liver disease, which may also be affected by conditions like cirrhosis and hypertension. But young dogs or puppies may also develop liver problems due to a congenital birth defect.

The treatment of dogs with this condition will depend on the shunt or vessel found inside the liver. In most cases, the shunt isn't repairable through surgery. Instead, the dogs might have to be placed on a low protein diet to lessen the toxins that will make the liver work harder. A vet may also prescribe medications to control the symptoms.