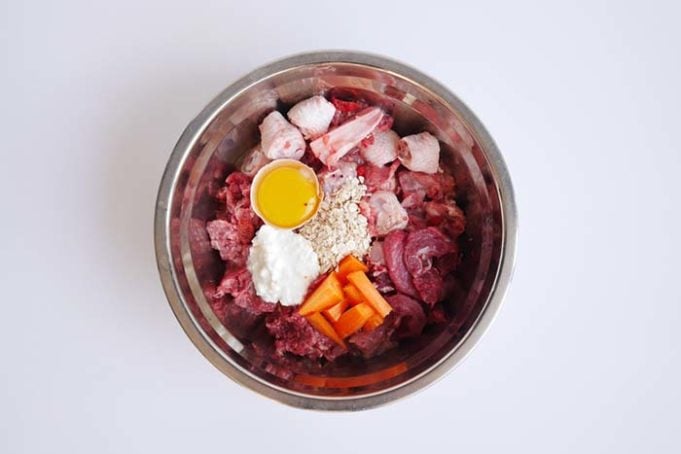 There’s a never-ending debate about the nutritional benefits and dangers of raw food for dogs, but a new study has finally added another point of contention.

Should dogs be fed a raw diet? This topic always sparks a debate among dog owners. While some say you're better off giving home-prepared raw food to your dogs, a new study showed that commercially available raw food has health benefits as well. These are the ones sold at the frozen section of a supermarket.

“As far as diet format and market segment is concerned, it ultimately comes down to consumer preference and philosophy. As long as a diet is shown to be safe and meets the nutritional needs of the pet in question, it is an acceptable option to me,” says lead researcher.

Researchers from the University of Illinois conducted a test on three kinds of commercially sold raw diet options pet owners can usually buy at large superstore chains. They tested these foods for its taste and digestibility and then compared its quality to regular kibbles.

The experts also determined the effects of the food among eight beagles that were part of the experiment for one month. The dogs’ health and physical activities were also evaluated along with their blood samples, stool, and urine. Their findings were published in the Journal of Animal Science.

So, What's For Dinner?

The researchers treated the raw diets with natural chemicals, such as an acidifying bacterium, to preserve and protect it from microbe formation. But the beagles were also given other food selections aside from the raw diet and kibbles.

The dogs were fed with a mix of lightly cooked and grain-free roasted food. Their meals also included a healthy selection of plant-based products like carrots, sweet potatoes, spinach, and kale.

All the foods given to the dogs were chicken-based, however, the selections were sometimes added with beef, chicken liver and salmon. Experts shaped the raw foods like a sausage roll, while the roasted choices were served like meatballs. 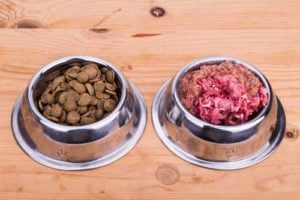 After 14 days of eating different foods in the experiment, the experts learned that the roasted and lightly cooked meals were more digestible among the diet choices. However, the raw food and grain free choices gave the dogs lower blood triglyceride levels.  Surprisingly, while raw food is higher in fat than the kibbles, the result showed it is the healthier choice.

The experts also learned that the dogs' gut bacteria appeared healthier when eating a diet of roasted or raw food than kibble. However, the changes in the microbes don’t really mean its results are good or bad; it's just unusual.

Kelly Swanson, who headed the study, stated in the press release that it seems any food option for dogs is acceptable, as long as its owners feel it is safe for the pets to eat. It really boils down to preference, especially since owners know their dogs better.

Warning From Other Experts

Before this new study was published, experts from the Utrecht University also came out with a scientific report that confirmed bacteria from a raw food diet is harmful to pets.  Researchers tested 35 commercially available dog foods in stores in the Netherlands and 15 brands had 43 percent Listeria present. The other brands also had traces of E.coli, salmonella and Sarcocystis cruzi.

Study author Paul Overgaauw told The Independent that pets fed with raw meals are not only posing a health risk to animals; it also poses a risk to public health. The bacteria present in these raw foods might also contaminate the humans who prepare it. 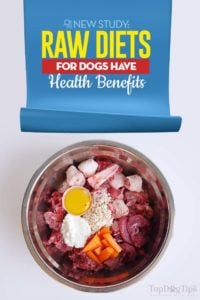 Some pet owners like to feed their dogs with a raw diet to avoid any allergic reactions from the chemicals in kibbles or processed food. Raw meals are also high in water content.

However, preparing a raw meal might be time-consuming and expensive for pet parents and the dogs might not be able to receive the right amounts of vitamin and minerals, so they could become deficient. Unfortunately, nutritional deficiencies do not manifest until a few months into the diet.