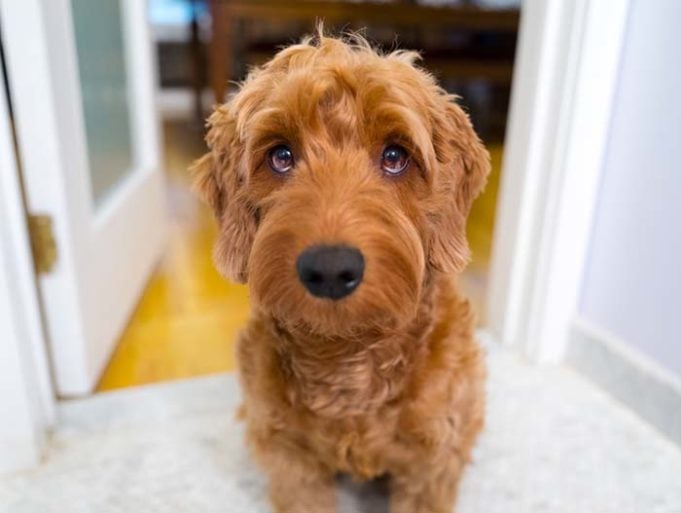 Designer dogs are the result of two purebred canines that are mated to produce a dog with specific physical qualities. Some of the more well-known and popular versions of these animals are Cockapoos, Maltipoos, Labradoodles, Goldendoodles, and Schnoodles. Not surprisingly, people pay hundreds to thousands of dollars for designer dogs.

The Problem with Designer Dogs

It’s a wonder why someone would pay so much for a dog when there are thousands of animals in shelters that only cost a small fee to bring home. The reason most of the time is people thinking that designer dogs are more valuable or special compared to a “mutt.”

Generally, a regular dog is just as good as any other, but in theory, a designer dog might be better to those who have allergies to canines and their fur or saliva. Cockapoos and Maltipoos are often thought of as hypoallergenic, since they don’t shed as much or release as much dander from their coats as a regular breed would.

Another reason people look for designer dogs is under a false assumption that these dogs might be healthier, have no “defects” or special medical requirements, and live longer than a mutt. While this may be true for the first generation hybrid designer dogs (two different breeds crossed), the opposite is true for the rest (majority) of cases. Designer dogs are just as likely, if not even more so, to have different health problems. It also depends on the person or organization that your buy your dog from.

Since designer dogs are a mix between two purebreds, you can expect to have some issues regardless of where the canine is bought. In order to make the “perfect purebred,” breeders often inbreed animals to keep the same appealing physical qualities that a purebred has. Unfortunately, severe inbreeding creates a dog that has skin allergies, heart problems, breathing complications, eye issues, and an array of other health difficulties.

Most common health problems observed in designer dogs (which are statistically lower in non-inbred dogs) are lower immune system and hip dysplasia in large breeds. They are more likely to have a variety of behavioral problems and be less intelligent, making them harder to train. All of this is due to a strong genetic pool which obviously makes the dog look a specific way, but also includes a larger number of faulty genes, predisposing these designer dogs to carry autosomal recessive conditions.

ALSO READ: Breeder vs. Shelter – Where Should You Adopt a Dog?

Should You Buy a Designer Dog? 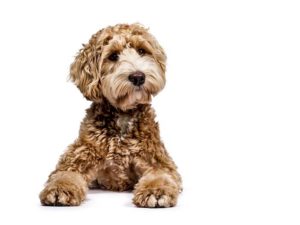 Whether or not you decide to buy a designer dog is entirely up to you, but keep in mind that it is a hotly debated topic.

On top of potentially higher risk of health and behavioral problems in designer dogs, another major reason most people don’t support inbreeding and breeding of designer dogs is because there are millions of animals placed in shelters, and euthanized each day to free up room.

In the 1970’s, U.S. shelters were euthanizing over 15 million healthy dogs and cats annually. This number has been drastically reduced because people are becoming more aware of overpopulation, and have chosen to adopt dogs rather than purchase them.

You might be surprised to hear this, but animal welfare facilities aren’t just full of mutts and mixed dogs. Actually, around 25% of all dogs and cats that reside in rescues are purebred, and could be anywhere from $25 to $100 to adopt. So if you want a specific pure breed designer dog, you don’t need to buy from a breeder and can find to adopt one if you look hard enough, but you won't get the “designer dog” paperwork.

Essentially, there's an argument to be made that designer dogs may be a status for some pet owners. Their official paperwork that proves the dog is what the breeder claims it to be is what you’re paying for when you purchase designer dogs – not so much the dog itself. But if you're willing to adopt your designer dog, you can inquire local shelters about this or search for “designer dog rescue” for local rescues that specialize in these dogs.

If You Decide to Buy Designer Dogs…

If you're on a budget, ensure you calculate your purebred dog's yearly costs accurately. As discussed earlier, your designer dog may or may not have serious health and behavior problems, particularly as they get older. They may require frequent veterinary visits, medications, physical therapy, special foods, and the list goes on. As the years go by, your bills will be stacking up, so keep this in the back of your mind before buying or adopting. 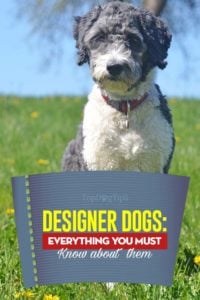 If you do decide to buy a designer dog rather than adopt one, do your research to make sure you're buying from a responsible and reputable breeder. Ask to visit their facility, look for reviews on Facebook, Google, Yelp, and any other app that allows you to collect feedback from other families. If possible, find people who have already bought designer dogs and ask about the person that they purchased their pet from. Find out how long they’ve had their dog and whether or not they’ve seen any health concerns so far.

It’s highly recommended that you meet the mother and the father of your new designer pup. This is a good idea for a few reasons: you’ll know whether or not the mama has been treated well and is living in good conditions. The health of her offspring is dependent on her well-being, and doing so helps to prevent animals from being raised under cruel circumstances. The last thing anyone wants is to support an unethical business and puppy mills that promotes cruelty and suffering of animals.

READ NEXT: 40 Reputable Dog Breeders in the USA