Today's pet dogs spend more time indoors and walking on soft surfaces, which means their nails do not get the necessary friction to shorten by themselves. Trimming a dog's nails isn't about aesthetics, but about function.

Long nails exert force back into the paw's toes, pressuring the toe joint. It's uncomfortable short-term and has more serious health risks for your dog's toe's joints long-term. Additionally, it will compromise a dog's weight alignment and distribution, which makes their movement awkward and painful, and exposes them to injuries.

Trimming a dog’s nails is important, but what's better, more effective, safer and easier to use – dog nail clippers or nail grinders? Either type and style have their own advantages and disadvantages, and ultimately, it's whatever works for you and the dog. 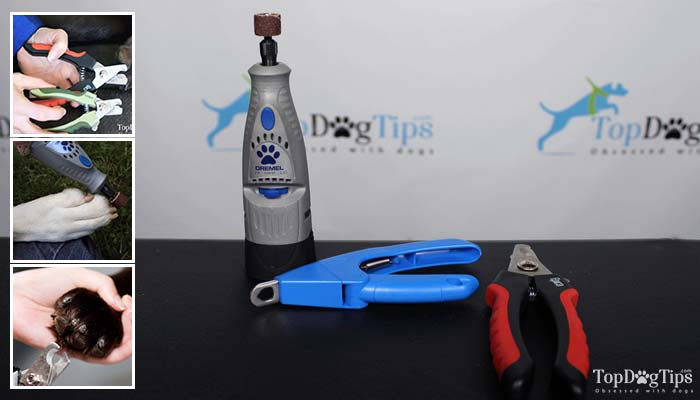 3 Types of Dog Nail Clippers and Grinders for Dogs

Before we go into the pros and cons of dog nail clippers and nail grinders, let’s take a quick look at the most common types available on the market.

This is the most popular choice. Scissor nail clippers for dogs look somewhat similar to human toenail clippers, and work in a similar fashion as regular scissors – the blades come with small and round indentations where the dog’s nail goes when you cut it.

Some of the most popular brands of scissor-style clippers are Miller's Forge, Epica and Boshel. We've tested and reviewed all of these (and other) brands here on Top Dog Tips before, and their quality and design doesn't differ much – they all work similarly. Mostly, it's about what fits better in your hand and feels more comfortable.

This is what scissor-style nail clippers look: 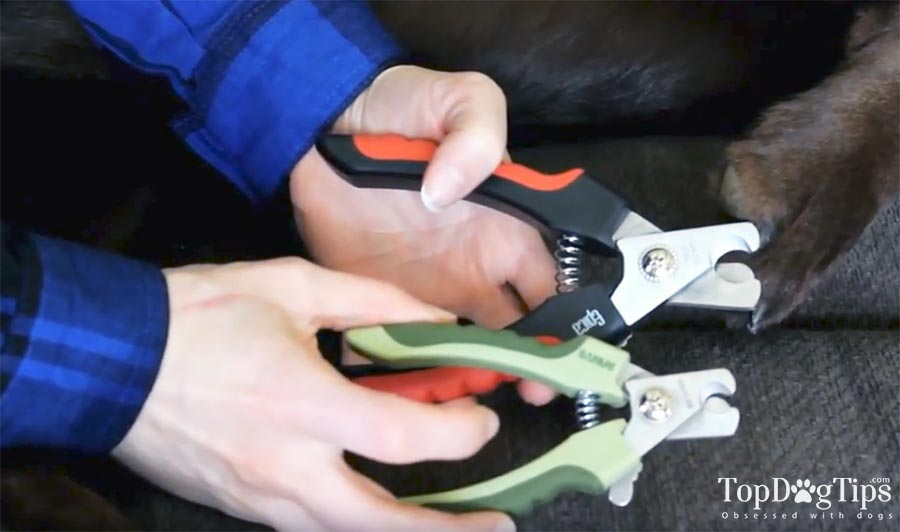 Guillotine-style dog nail clippers are the least common type of clippers used by both owners and groomers. They have a hole where the dog’s nail goes, making it not only easier to clip the nail, but also preventing from cutting into a quick. When you squeeze the handle, a single blade will move down across the hole and cut the dog’s nail.

This style is best suited for small or medium dogs since guillotine nail clippers are not strong enough to cut thick, large nails on big dogs. The blades on these clippers need to be sharpened or replaced more often to keep them sharp.

Dog nail grinders are less common than scissor-style clippers, mostly because they're newer, and more expensive. They are cordless, battery- and electrically-powered nail trimming tools that have a small, rotating section of special, abrasive sandpaper material that slowly grinds down the dog’s nails.

This type utilizes friction to wear down your dog’s nails. They can be considered the most safe and easiest to use, as long as your dog is not anxious about the sound a nail grinder produces. However, they will also take the longest to grind the nail to the point you need it to.

Nail grinders come with several head attachments and sleeves, which can be replaced. The most popular brand of nail grinders for dogs is Dremel, to the point where people use the word “dremel” as a verb: “to dremel a dog's nails.”

This is what a dog nail grinder (Dremel) looks like: 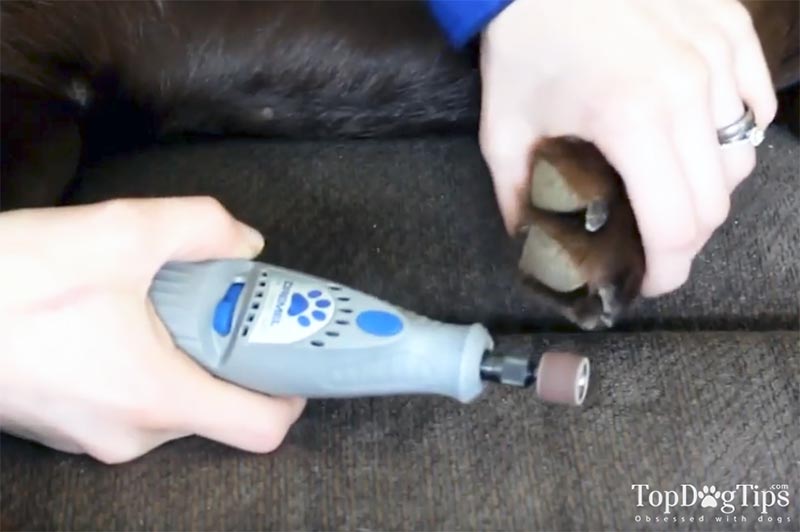 Now that you know exactly what is the difference between dog nail clippers and grinders, let's talk about the pros and cons of each style.

» Fast and Quiet. Scissor- and guillotine-style dog nail clippers are exceptionally quiet when you compare them with the buzzing of nail grinders. That is why some dogs are less anxious about clippers than grinders, where the latter can scare them with the buzzing sound. Clipping a dog’s nails is also very quick and lasts only a couple of seconds.

» Affordable. Dog nail clippers are usually much cheaper than nail grinders. The final price of clippers will vary depending on the quality and brand, but none of them will be more expensive than grinders. In most cases, cheap clippers are not a good choice – they aren’t sharp enough and they may even hurt your dog. Cheap Chinese made grinders are even worse and may be more dangerous.

» No Batteries. Unlike grinders, dog nail clippers are a manual tool. This means that they don’t need electricity or batteries to work, so there won’t be any additional costs in that area. It also means they are less likely to “break down.”

« Can Lead to Nail Breakage. Although this doesn’t happen often, clippers can cause your dog’s nails to crack or split. This is a more common problem for the guillotine clippers and primarily happens when the clippers are not sharp enough.

» Good for Thick or Dark Nails. Grinders are better suited for large breeds with thick, large nails since most clippers may not be able to cut into those nails. They are also well suited for dark nails because it is hard to tell where they begin or end, which makes it easier not to cut into the nail's quick.

» Smooth, Rounded Nails. Perhaps the biggest advantage of dog nail grinders is that they allow you to keep a dog’s nails round and smooth. With clippers, your dog’s nails are likely to be left with sharp edges and your pup can scratch furniture, fabric or people. This is especially important if your dog likes to jump on you or others.

» Good for Dogs Afraid of Clippers. If your dog has anxiety about nail clippers and won’t let you trim their nails, they may not be as anxious about grinders. This is particularly true if your dog was hurt in the past when they got their nails trimmed by clippers.

« They Use Batteries and Produce Noise. Dog nail grinders need to have batteries replaced once in a while, which is an additional cost. They also produce a whirring, buzzing noise which makes some dogs anxious or afraid, and they may refuse to let you come close with the tool.

« Dust and Odor. Grinders always leave some nail dust at the end, and this dust can sometimes have an unpleasant odor. You may want to grind your dog’s nails outdoors if you are sensitive. It is also advisable to wear eye protection and to cover your mouth.

« You Can Still Hurt the Quick. Although it is much easier to avoid hitting the quick with grinders than clippers, this can still happen. You must watch the nail closely as you grind it and pay attention to the small dot that lets you know when you are getting near the quick.

What Should You Choose?

As you can see, both types of nail clippers, trimmers and grinders have their own pros and cons. In the end, to pick the right nail trimming tool, it all depends on your dog’s personality, the type of nails that they have, and your grooming confidence and what you're most comfortable with.

If your pet is anxious or afraid of loud noises, clippers are the better choice. If you decide to use clippers, go slowly. Some owners choose to cut just a small parts of the nail every week. The quick retracts away from the edge of the nail when you cut a small part of it and you'll be able to cut more the next week. Cutting a huge portion of the nail at once is too risky, especially if you don’t have enough experience.

If your pooch has dark, or long and thick nails, it may be safer to use a nail grinder. And if your pet is afraid of loud noises, you can pick a higher quality brand such as Dremel that produce less noise (but it's still not silent). 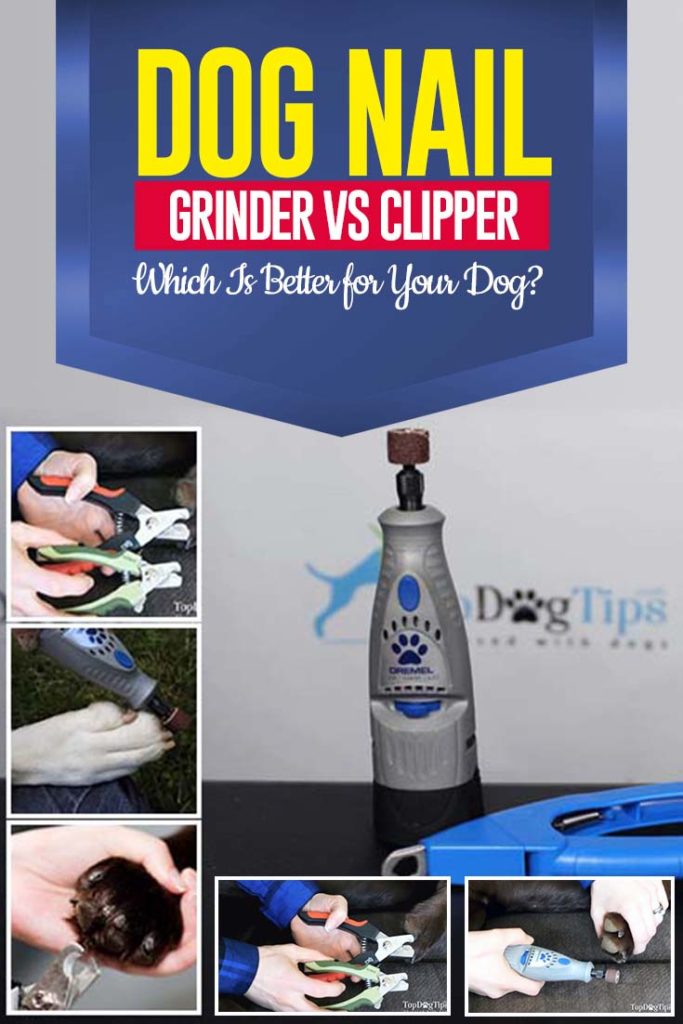 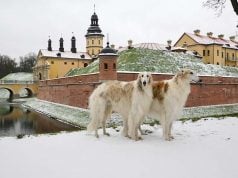 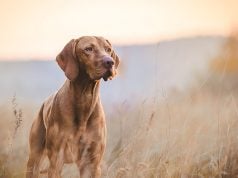 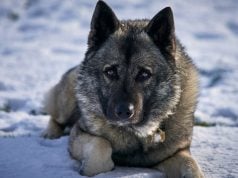 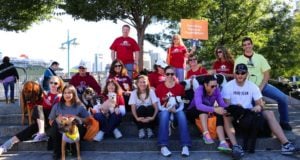 Diana Beth Miller - Feb 10, 2021
Animal shelters are the unsung heroes of a modern society. Anyone who’s traveled around the world has been to countries where homeless cats and...