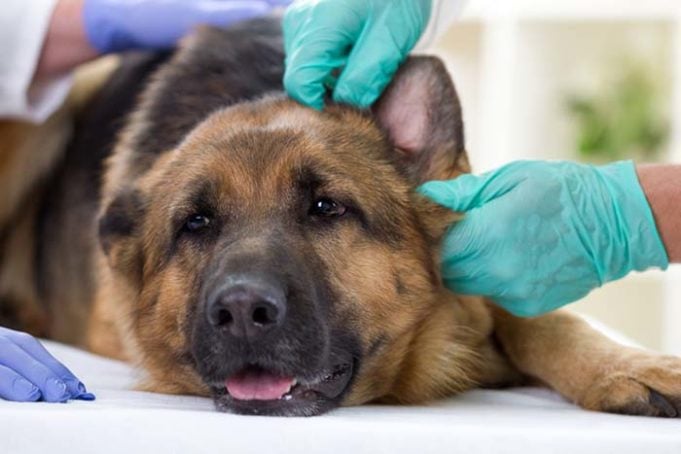 Recent research reveals that German Shepherds could be more predisposed to health issues like arthritis due to how they have been bred.

German Shepherds are one of the most beloved breeds in this country. People who have owned the breed love them, and oftentimes never have any dog besides German Shepherds throughout the course of their lives.

But those of us who have come to love the breed also are aware that certain bad health trends have unfortunately been observed in these intelligent and loyal dogs.

Now, science is backing those observations with hard data.

According to a new study published in the journal Canine Genetics and Epidemiology, German Shepherd Dogs (or GSDs), could be more likely to develop conditions such as arthritis due to the manner in which they have been bred over the past few decades.

A Look at the Data

Scientists collected data from about half a million dogs across 430 veterinary clinics in the U.K.

This data reveals that GSDs are more likely than any other breed to exhibit the inability to stand (making up 14.9% of all cases), and to die from the effects of musculoskeletal disorders (13.6% of all cases).

German Shepherds were recorded to have 263 disorders specific to their breed, the most common being ear canal inflammation, osteoarthritis, diarrhea, obesity, and aggression.

Dr. Dan O’Neill is the lead author of this study from the Royal Veterinary College. According to him, GSDs have the second highest number of health issues exacerbated by breeding traits, being topped only by Great Danes.

While it has been surmised that GSDs are predisposed to conditions such as degenerative spinal disorders, cancer, and hip joint deformation, there is not yet solid data backing these reports. But according to O’Neill, taking a look at this data from veterinary clinics can help researchers have a better understanding of the priority conditions affecting the breed. Using that, better clinical practices can be developed going forward. 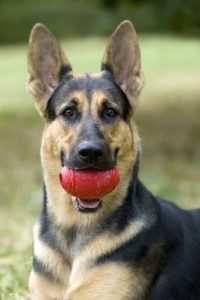 GSDs are one of the most popular breeds in the world, with an extensive history of working roles which includes guarding and herding as well as military, police and guide-dog work.

Dogs can be bred for all sorts of traits, whether they be physical or emotional.

German Shepherds were originally a medium-sized dog, being bred for herding purposes (their name denotes “sheep herder”). But eventually, their popularity as guard dogs led to them being bred to larger sizes, and with a more confident attitude.

READ THIS: Science on Pros and Cons of Neutering or Spaying Your Dog

In more recent years, breeding of GSDs has focused on physical traits; this may be a cause of some of their predisposition to certain health disorders.

German Shepherds are listed under the Kennel Club Breed Watch System as dogs “requiring particular monitoring and additional support.” The Breed Watch System lists common points of concern for GSDs such as a nervous temperament and weak hindquarters.

Dr. O’Neill points out that osteoarthritis is one of the most common conditions reported in the breed, and attributes it to the breeding practices which aim to give GSDs traits such as sloping backs and lower hindquarters.

So if you are lucky enough to have a German Shepherd or are going to adopt one in the future, make sure to make frequent visits to your vet, and get ahead of these conditions should they present in your beloved pup.

Sometimes, prevention is the best cure. Talk to your vet about preventative healthcare for your German Shepherd, and remember to always adopt from reliable and responsible sources.

READ NEXT: Dogs from Puppy Mills Have Serious Behavior Problems