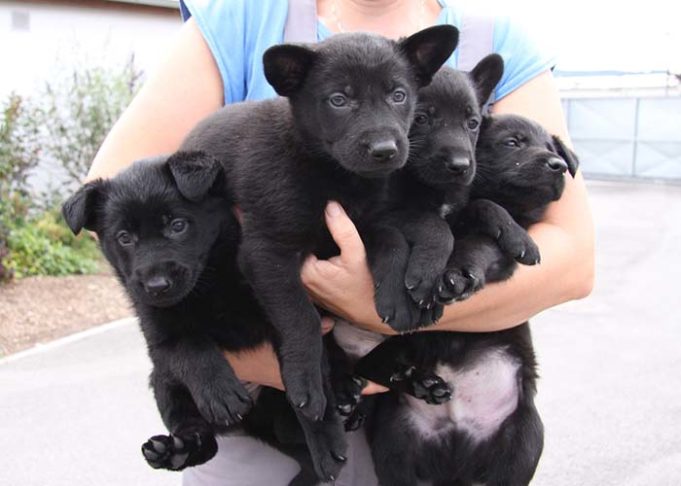 Animal scientists at Newcastle University presented the first UK study to look at how a puppy’s early developmental years at a breeding facility (i.e. a puppy farm) can affect their behaviors into adulthood.

Owners were asked questions such as:

Owners were then asked to rank their dogs against certain key canine traits, and used the Canine Behaviour and Research Questionnaire (C-BARQ) to assist.

Overall, dogs from “puppy farms” – what we call backyard breeders in the United States – were found to have poorer personalities in adulthood.

According to research supervisor Dr. Catherine Douglas, a lecturer in animal science at Newcastle University, dogs from both large-scale and smaller-scale facilities were included in the study. These facilities were considered “less responsible” based on the fact that the dogs’ welfare appears to not be of primary concern.

These results are likely no big surprise to most dog owners and professionals, but until now there has been little proof behind these suspicions. Douglas hopes that this new evidence will serve to encourage people to conduct more research on the source of their puppies, and to make better choices when adopting.

A Win For Animal Welfare

The questionnaire originated at Pennsylvania State University, when Professor James Serpell conducted a similar study in the United States on dogs acquired from pet stores; these pet stores by and large acquire their puppies from backyard breeders.

This latest Newcastle study was conducted as part of ongoing research into the understanding of human-animal interactions; this includes the study of the behavior and welfare of companion animals.

It should be unsurprising that just as in humans, dogs who have a rough start in life will have a more difficult time behaving properly.

Previous studies have shown that puppies who had stressed moms or moms that were fed poorly during pregnancy turned out to be more anxious and less trainable.

It should also come as no great shock that early separation from the mother has been found to have detrimental effects on personality development in dogs.

Douglas hopes that these sorts of studies raise public awareness to the negative impacts that irresponsible breeders are having, and that people will be less inclined in the future to give money to individuals or groups seeking only monetary profit at the expense of animal welfare.

Dogs in puppy mills suffer immensely, often being confined in cages, subject to filthy conditions, and overbred time and time again. These mills are an animal welfare worker’s worst nightmare.

Douglas stresses the point that a successful relationship with your dog starts with you the owner adopting from a responsible source. She also urges people not to adopt a puppy just because they feel sorry for it – another will be bred in its place, and the problems will continue.

Please consider adopting only from reputable sources (or shelters!) and not giving your money to an irresponsible breeder, who will only give you a dog riddled with health and behavior issues.

READ NEXT: Health of Purebred Dogs vs. Mutts – Which Dogs Are Healthier?