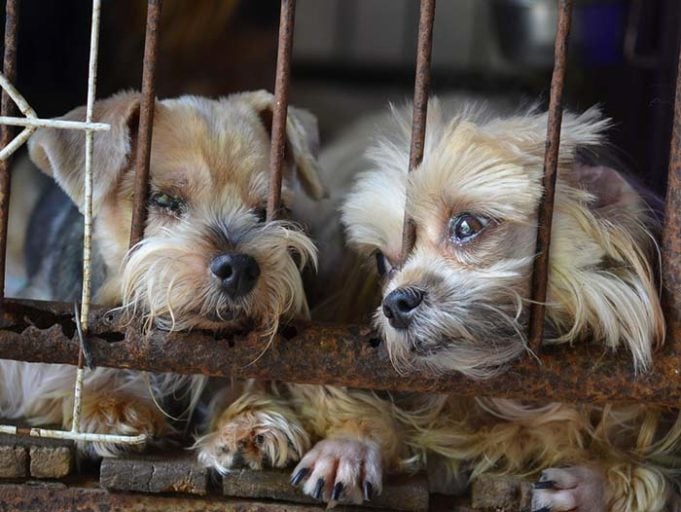 A bill banning the sale of dogs and other animals in pet stores in California effectively makes rescues and shelters the only option for obtaining pets.

Update 10/4/2017: Mike Bober, president and CEO of PIJAC, has provided more details in his op-ed piece “Facts versus rhetoric: Assembly Bill 485 doesn’t stop puppy mills” regarding the bill we've discussed in the original article, which can be seen below.

Recently, Top Dog Tips covered (see below) California Assembly Bill 485 and its arrival on the desk of Governor Jerry Brown. My organization, the Pet Industry Joint Advisory Council (PIJAC), appreciates Cody Griffin's citation of our and the American Kennel Club’s opposition to this well-intentioned but misguided bill. We are working with many pet professionals in the state, including pet store owners, to urge Governor Brown to veto.

There are three key reasons AB 485 should be stopped:

While the bill’s sponsor claims it would allow pet stores to remain in business, the bill does not require non-profit shelters and rescues to provide cats, dogs, or rabbits to pet stores – thus endangering these businesses by denying them a reliable supply of animals. This especially puts independent stores at risk, as they often are able to compete with online and chain competitors only through customer relationships that begin with the purchase of a pet. Hundreds of jobs could be lost.

This loss of jobs would also affect Californians whose lifestyles require certain pets due to allergies, small homes, or even small children. Pet stores are required by state law, and encouraged by industry best practices, to know the health and genetic backgrounds of each cat and dog that comes through their store. Rescues and shelters are not, which means that under AB 485 California pet lovers may not actually know what kind of pet they are buying.

2 Supporters of AB 485 claim the bill will improve the health of companion animals, and protect consumers from unscrupulous pet profiteers. However, an amendment added to the bill shortly before Senate passage exempts pet stores from most of the current consumer, pet, and business protections required in Article 2 of the California Health and Safety Code, Division 105, Part 6, Chapter 5. Veterinary checks, permit requirements, transparency provisions, fines, and warranty regulations are no longer applicable to pet stores – which could put consumers at significant health, emotional, and financial risk.

3 Supporters of AB 485, including Ms. Griffin, argue that the bill will put so-called “puppy mills” out of business. In fact, unethically run breeding facilities would greatly benefit from AB 485. Without pet stores, which are the most regulated pet providers in the entire state thanks to Article 2, Californians may be forced to find less reputable sources of pets – such as illegal scams online.

This is not simply our opinion. Compare Article 2 to Hayden’s Law, which regulates shelters and rescues. The contrast is clear.

Unlicensed commercial breeders are already banned by federal law from selling dogs to anyone, including pet stores. California’s existing warranty bolsters the civil side of this law, as pet stores that purchase from unlicensed commercial breeders would be liable for veterinary costs and would suffer from lost business as their professional reputations were flushed down the proverbial toilet.

Governor Brown should veto AB 485 to protect his constituents from all of the bill’s aforementioned problems. He will also send a strong signal that, contrary to much public misunderstanding, responsibly run stores are ethical partners in pet care that help, not hurt, his two-legged and four-legged constituents.

Mike Bober is President and CEO of the Pet Industry Joint Advisory Council (PIJAC). PIJAC is the national advocacy and legislative voice of the responsible pet industry. Members include pet stores and other pet businesses across California.

Animal advocates all over the country will be happy to hear that California is close to becoming the first state to ban the sale of dogs and other pets in pet stores. This is a firm stance by lawmakers against the cruel practices occurring in puppy mills.

Bill A.B. 485 was recently introduced by Assembly Member Patrick O’Donnell, and was unanimously approved by the California Senate on September 12th, with a vote of 32-0. It passed in Assembly on September 14th.

The final step is for the bill to be approved by Governor Jerry Brown, who has until October 15th to make a decision.

If approved, the law would go into effect in January of 2019, and violators would face up to $500 in civil penalties.

If this bill is made into a law, it would effectively ban the sale of pets sourced from both puppy mills (high-volume breeding facilities often cited with cruel and neglectful practices) and private breeders as well.

This law would put California pet stores out of business, and would have a significant impact on puppy mills nationwide, who depend on sales to California to keep their businesses profitable. 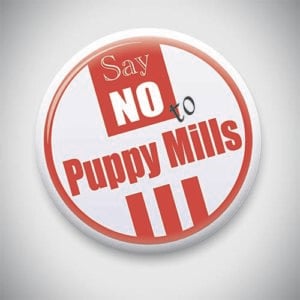 Matt Bershadker, president and CEO of the ASPCA, thanked the Senate in a public statement, stating that this law would allow California to prevent consumers from unknowingly supporting cruel animal industry practices.

Many people do not know how dire the animal welfare situation is in this country, and how the puppy mills and private breeding industries perpetuate the situation.

The purpose of this law would be to encourage pet stores to adopt out rescue animals, which would ease the burden on over-crowded shelters and drastically cut down on the number of animals euthanized due to lack of space.

According to the No Kill Advocacy Center, a sickening one-third of animals entering shelters in the United States wind up being killed there.

More than 230 cities, counties, and towns nationwide have passed local ordinances preventing the sale of animals sourced from cruel facilities.

California is one of the most progressive states in the U.S. in terms of its animal welfare laws and practices, with 35 municipalities across the state already having local ordinances in place similar to this one.

California also has some of the most progressive statutory animal shelter laws; they prohibit shelters from euthanizing animals if there are other qualified rescues willing to take them.

According to the No Kill Advocacy Center, this law alone has saved taxpayers a lot of money, and has saved the lives of approximately 46,000 animals a year. California taxpayers pay around $250 million annually on animals in local shelters. This bill would cut down on the number of animals entering shelters, and therefore reduce the amount spent on shelters by the taxpayers.

Pet stores in the state are already ahead of the curve. According to the Humane Society of the United States, 391 California pet stores have already stopped selling puppies sourced from puppy mills. Petsmart now only adopts out dogs and cats from rescues, and has homed more than 7.6 million animals in California alone.

Other pet stores, including PetCo and Petfood Express, donate their spaces to host adoption events for local rescues.

A.B. 485 would just be the final step in making these ordinances and practices uniform across the entire state (and would also include kittens and bunnies).

There are some opponents to this law. 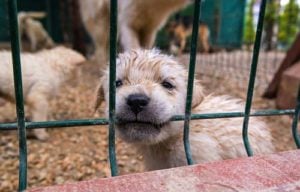 The American Kennel Club (AKC) runs on breeding standards, and encourages participants to only get their dogs from purebred breeders. They condemn the bill, calling its advocates “anti-breeder animal rights extremists,” and they worry that this bill is part of an effort to do away with private breeders selling to the public at all.

However, the bill does allow for buyers to contact private breeders directly in order to continue purchasing puppies from them.

The Pet Industry Joint Advisory Council asked the Governor to veto the bill, saying that pet lovers deserve to know the medical history of an animal they are purchasing.

Other opponents are concerned that it would unfairly put pet stores out of business because it doesn’t explicitly require rescue organizations to provide their animals to them for adoption. (Though one would be hard-pressed to find any shelter unwilling to sign up for more adoption venues!)

The entire point of this law is to eradicate cruel breeding practices, which is a huge problem in this country. The law is not intended to negatively impact private breeders who treat their animals responsibly.

This is intended only to do away with facilities that are overcrowded and have unsanitary conditions, and withhold proper food, water, socialization, and veterinary care from the animals they breed.

It is meant to do away with “extremely minimal” federal animal care standards, such as requiring that a cage be only 6 inches larger than the animal, and should only be cleaned once per week.

Purchasing pets from pet stores who source their animals from breeding mills only helps keep these cruel practices going, and hurts the efforts of animal shelters and rescues all over the country. It directly leads to more animals being euthanized every single day.