Home Dog Care 14 Benefits of Spaying and Neutering Your Dogs 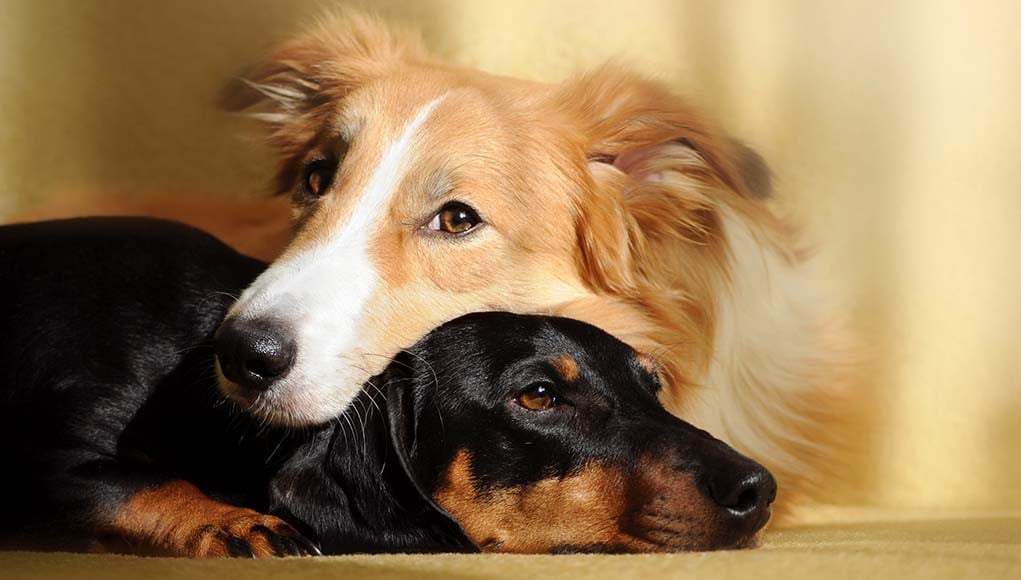 Once you adopt a pup, spaying or neutering is often high up on the priority list for many pet owners, but not all are familiar with the many reasons why this is recommended by vets and rescue organizations. There is one obvious benefit to spaying and neutering your dogs – helping to reduce the pet overpopulation problem, but did you know that there are a whole host of other benefits too?

Most of us understand the concept of spaying and neutering to mean sterilizing our dogs, but it’s important to understand exactly what this means in order to understand some of the health benefits that it delivers.

Spaying. When a female dog is spayed, her uterus and ovaries are removed so that she cannot become pregnant.

Neutering. When a male dog is neutered, his testicles are removed through a de-sex procedure so that he cannot impregnate a female dog. The removal of dog's gonads is called Castration.

While veterinarians do use both terms neutering and spaying, in most instances only one of them – “neuter” – will be used as a term for removal of reproductive organs of dogs for both sexes. Meaning that colloquially, the term “neutering” applies to both male and female dogs.

ALSO READ: Science on Pros and Cons of Neutering or Spaying Your Dog

14 Benefits of Spaying and Neutering Your Dogs 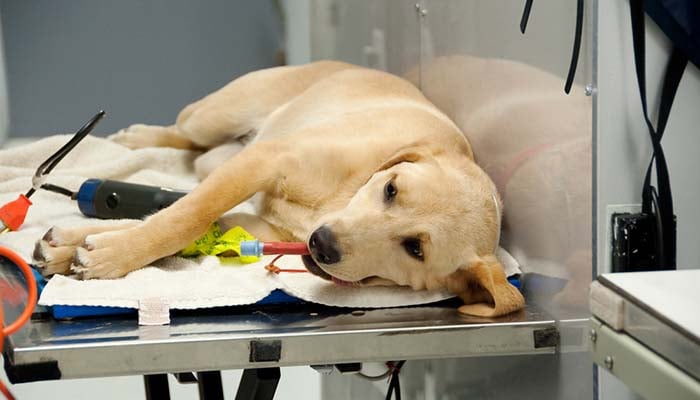 1. You Eliminate the Risk of Certain Types of Cancer

Spaying your female dog drastically cuts her chances of developing breast cancer – a disease with just a 50% survival rate in dogs. Spaying also eliminates the possibility that your female dog will develop uterine, cervical or ovarian cancer.

2. You Reduce the Risk of a Range of Other Diseases Too

Spaying your female dog also eliminates or reduces the risk of them developing pyometra, depending on their age of spay and the spay procedure.

Neutering your male dog also reduces the chances of them developing an enlarged prostate – in fact, if your male dog is neutered before hitting puberty, their prostate gland does not develop. Neutered males also have less of a chance of perianal tumors.

3. The Elimination or Reduction of Marking Behavior

Unneutered dogs often tend to mark their territory with urine as an act of territoriality and dominance – yes, this includes inside the house. In approximately 50-60% of cases, this marking behavior has been eliminated completely by simply getting the dog neutered.

4. You Avoid Dealing with a Female Dog Being in Heat

When people talk about wanting to breed their female dog, they tend to overlook the fact that they will also have to learn how to manage a dog in heat. A female dog in heat is messy, has behavior patterns that are out of the ordinary for them, may often try to escape, and will likely have irregular heat cycles for their first few cycles.

This creates a number of situations for you to deal with from your dog bleeding and spotting to having to Macgyver your home to prevent repeated escape attempts. None of these things are pleasant for you or your dog, and they can all be avoided by having her spayed before her first heat cycle.

And no, there is no reason why you should allow your female dog to go through her first heat cycle or have a litter before spaying her. In fact, spaying your dog before she goes into heat virtually eliminates their lifelong risk of breast cancer (with the risk dropping to less than ½ of 1/10 of 1% (0.05%)), where allowing your dog to go through a single heat cycle before spaying her has a much lesser impact on their breast cancer risk.

5. You Aren’t Fighting to Keep Your Male Dog at Home When Neighborhood Dogs Go into Heat

Neutering your dog can reduce the testosterone in your male dog’s system, and can eliminate or at least dampen that desperate need to mate so that you’re not having to fight so hard against his hormonal wanderlust.

Keep in mind though that some neutered dogs will still have an interest in a female in heat despite being altered, so it’s always important to encourage spaying of female dogs as well.

Although neutering is NOT a solution to aggression in dogs, male canines that are neutered at a young age exhibit less aggressive or dominant behavior than dogs that are not neutered.

This is caused by a lack of the testosterone surge that accompanies male dog maturity. Neutered male dogs are also less prone to fighting with other male dogs as they have a lower drive to compete for mates and establish territory.

7. Altering Your Dog Can Increase Harmony in Multi-Dog Households

If you have more than one dog in your household, neutering your males can reduce conflict with other male dogs by decreasing testosterone levels as I've mentioned above. Altering your female dogs has a similar effect by eliminating the mood changes that often accompany a dog’s heat cycle and eliminating the source of frustration for male dogs in the household that occurs when a female is in heat.

Many dog owners severely underestimate the cost of having an unaltered do, so let’s take a quick look at just some of the potential expenses involved:

All of this can be avoided with a spay or neuter surgery that you can provide to your dog through a low-cost or no-cost spay and neuter clinic program.

9. Reduction of the Pet Over-Population Problem

Yes, I've already mentioned this point and unless you’re living under a rock, you are well aware of it, but allow us to share a couple of devastating statistics with you to really hammer the point home.

According to the SPCA, 3.3 million dogs enter shelters across the U.S. in a single year. Around 670,000 of those dogs are euthanized each year. Can you still justify adding to the 3.3 million shelter dogs that already need homes in this country alone?

10. Because the “Benefits” of Letting Your Dog Have “Just One Litter” Are a Myth

Many dog owners don’t spay or neuter their dogs because they falsely believe that allowing them to have “just one litter” is beneficial to their health. This is simply not the case. In fact, we’ve already touched on how drastically you reduce your female dog’s chances of developing certain cancers with early spaying.

On top of that, there are also more risks associated with a female dog having a litter of puppies than there are with having her spayed.

11. Because “Neutering and Spaying Will Make Your Dog Fat” Is Also a Myth

Another reason that dog owners give for not spaying or neutering their dog is that they believe altering them will make them “fat”. There is simply no justification for this myth at all. Your dog will become overweight or obese because of inactivity, lack of exercise, poor diet – and not because you have had them altered.

12. Altering Your Pets is a Service to the Community

One benefit that few dog owners realize to having their dog spayed or neutered is the impact that it has on their community. You are not adding to your local pet overpopulation problem and so you are not draining state resources to care for even more homeless dogs. You are also leaving more room in shelter facilities for stray dogs who may otherwise pose a hazard or nuisance to local drivers or pedestrians.

13. An Altered Dog is, Overall, a Happier Dog

It sounds silly but it’s true! Your female dogs are not having to concern themselves with the affections of every male dog in a 3-mile radius when they go into heat and your male dog isn’t constantly focusing on trying to get to every female dog in heat within that same range.

14. More Services Are Available to Your Dog When They’re Altered

It’s not a factor that many dog owners think about, but there are limitations on the types and costs of services that are available to your dog when they are not altered. 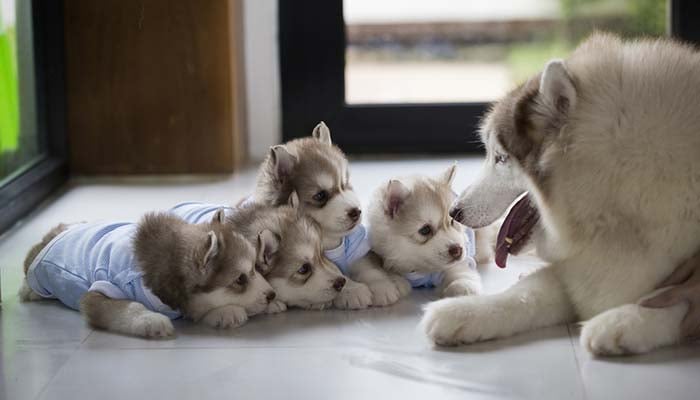 When sharing the benefits of spaying and neutering with someone who is reluctant to get their pet spayed or neutered, they undoubtedly have something to say. So do we…

Question: But why can’t I let my dog have a litter of puppies if I find them all homes?

A: Because those homes are homes that could provide for homeless dogs already living in shelters and facing euthanasia.

Statement: But I want another dog just like mine!

A: There is much more to your dog than their genetic makeup and you can never replicate your existing dog no matter how hard you try. Also, remember that it takes two dogs to make puppies!

Question: Why is it anyone’s business if I’m caring for my dog and their puppies?

A: Because ultimately, you are still adding to the problem. You are taking homes away from dogs that will be destroyed due to a lack of homes simply by adding to the canine population.

It’s also the business of any dog lover to point out that irresponsible and inexperienced breeding creates unhealthy dogs that often wind up in shelters themselves when they become too costly to care for.

PODCAST: Pros and Cons of Spaying or Neutering Dogs 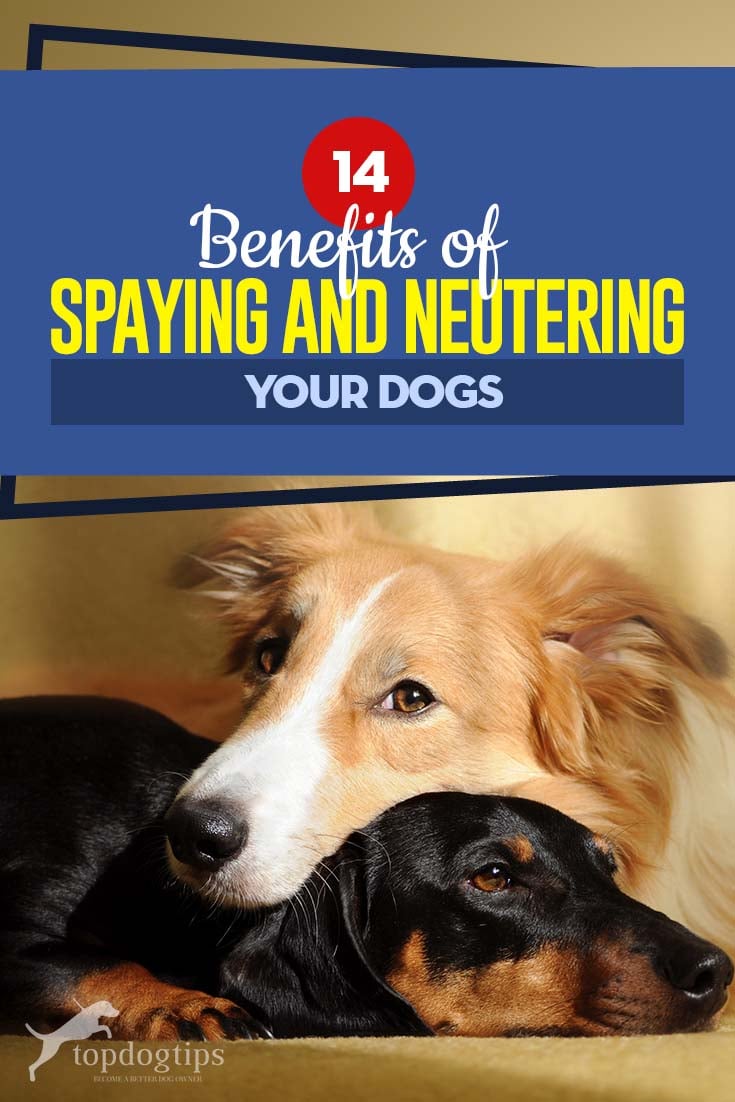 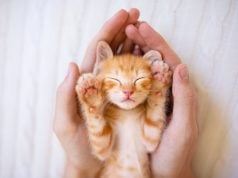 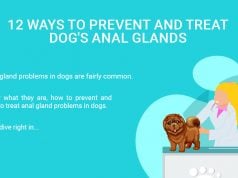 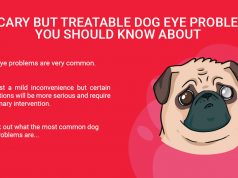