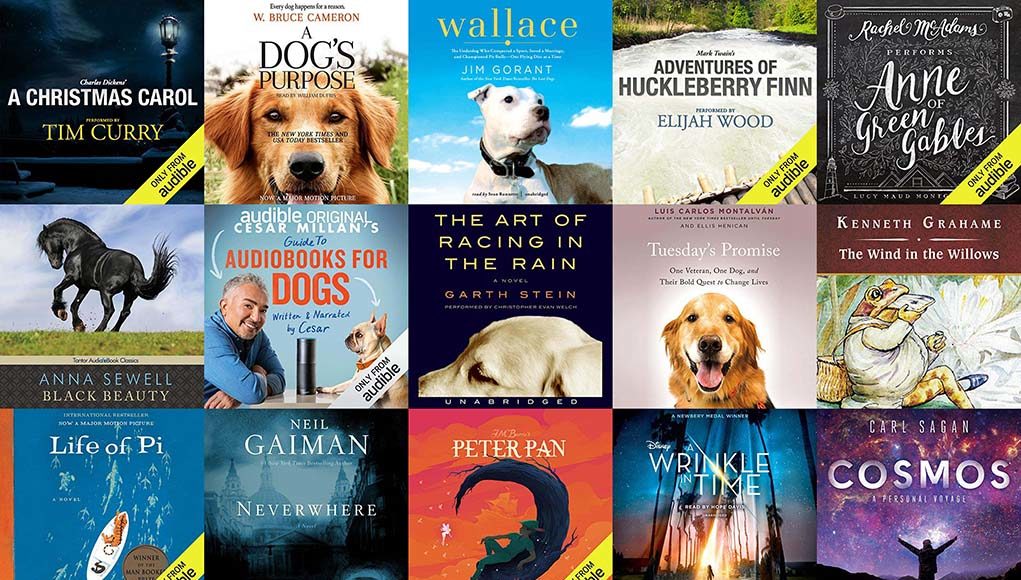 Over the last few years, audiobooks have become immensely popular as more people choose to listen instead of read their novel or non-fiction. Did you know that audiobooks can also be beneficial for dogs, especially those with anxiety? Studies have shown that some types of music can be extremely soothing for your pet, particularly when left home alone. The same could be said about well-narrated audiobooks.

Audible is Amazon’s audiobook platform where you can also find audiobooks for dogs, and it's the most popular place with best prices. Audible for dogs started back in 2017, when the well-known dog trainer, author and TV star Cesar Millan announced his partnership with Audible to provide dog owners with a unique way to soothe anxiety in dogs and keep dogs calm for extended periods of time. Below are some of the best audiobooks for dogs (and a good fit for their owners) you can find on Audible. 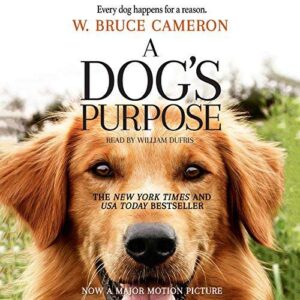 This wonderful tale by W. Bruce Cameron spent an entire year on the New York Times list of bestsellers and later got a movie adaptation. The audiobook is narrated by William Dufris and follows the story of Bailey, a faithful friend and loving canine. What separates Bailey from other dogs is his ability to remember his past lives and understand humans enough to always be able to help. Perhaps listening to this story will help your pooch find his own purpose. And if you and your dog end up loving it, check out the sequel as well, A Dog's Journey, in which Bailey continues his adventures. 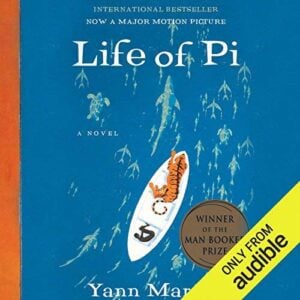 This wonderful novel is about an Indian teenager who survives a shipwreck and ends up on a lifeboat with a tiger for 227 days. Narrated by Vikas Adams, this audiobook deals with adversity in a humorous, intelligent way. It is a realistic and exciting adventure, a story about survival that is able to stir strong feelings in the listener. While your dog may not appreciate the literary quality of the novel, he will certainly enjoy Adam’s voice. 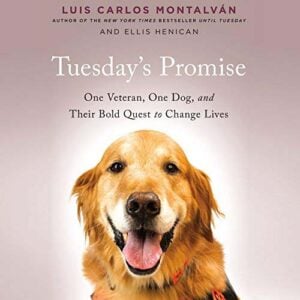 Written by the Iraq War veteran Luis Carlos Montalván, this book is a follow-up on his New York Times bestseller, Until Tuesday. This audiobook narrated by Kevin Free is a grueling, yet inspiring collection of stories about the long-term effects of war on soldiers, PTSD and the author’s lifelong friendship with one special golden retriever Tuesday. Give your dog a chance to listen to the adventures and talents of service dogs and the amazing bond between dogs and humans. 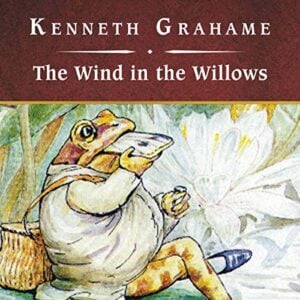 The Wind in the Willows

It’s time to go with one audiobook narrated by a female actor for female dog owners. This evergreen fable about a mole exploring the English countryside for the first time is narrated by Shelly Frasier. She has a lovely voice and does an amazing job of portraying different characters in the book, especially the dreamy voice of the naughty toad. One thing that might be hard to get used to is the fact that she switches from her Native American accent to British accent to do the voices of her characters but I highly doubt that your dog will have a problem with it. 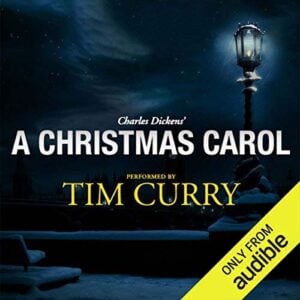 This classic Christmas tale by Charles Dickens, narrated by the amazing Tim Curry, is well-known to almost everybody in the US and even around the world. Curry’s warm and deep voice and his nuanced performance truly stand out, which makes this wonderful story even more remarkable. The story of Ebenezer Scrooge and the ghosts of Christmas Past, Present and Yet to Come, along with Curry’s masterful voice, will keep your pooch interested for the entire duration of the audiobook. 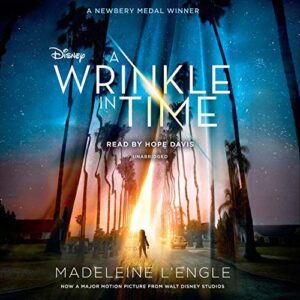 A Wrinkle in Time

Does your pooch enjoy science fiction? Well, this is the perfect time to find out. This novel by Madeleine L'Engle instantly became a science fiction and fantasy classic. It was even turned into a movie by Disney and got some major names to star in it, like Oprah Winfrey and Reese Witherspoon.

The audiobook itself is read by an ensemble of female voice actors and this will make it even more dynamic for your dog. The book itself is a wonderful adventure for children with stories of time travel, evil forces and friendship mixing together to create the ultimate fantasy. 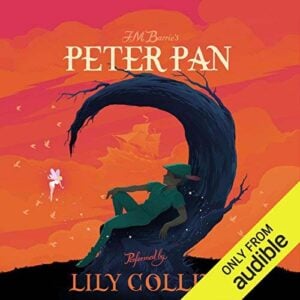 There is no need to explain who the Boy Who Wouldn’t Grow Up is since there is probably only a handful of people on this planet who haven’t heard of Peter Pan. This classic is narrated by actress Lily Collins and she is fully able to capture the innocence and adventurous spirit of Peter and other well-known characters. Take your dog to the magic place where no one ever grows up and let him experience the pure love spread by all the childlike characters. 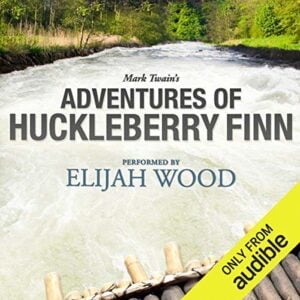 This timeless classic by Mark Twain has influenced many American writers and left a lasting mark on American literature. Now, your dog can enjoy it as well by listening to the famous actor Elijah Wood as he narrates Huck’s journey down the Mississippi river. Wood’s youthful voice and amazing coverage of a wide range of accents stand out and truly accentuate this literary masterpiece. 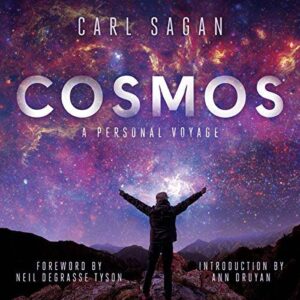 Perhaps a little non-fiction will suit your dog. This audiobook based on Carl Sagan’s Cosmos is narrated by multiple great actors like Seth MacFarlane and LaVar Burton. However, it wouldn’t be complete without Neil deGrasse Tyson, a famous scientist who narrates the TV series based on the same book.

This is one of the bestselling science books of all time, rightfully so. Let your dog enjoy the mysteries of the universe; let him dig deep into the space void. Your pooch may not become smarter or enlightened after listening to this audiobook but he may very well become calmer. 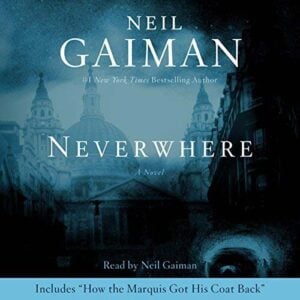 Narrated by the author himself, this audiobook is one of the best science fiction works in the last few decades but also officially one of the best 100 science fiction books of all time. The story follows a young, ordinary man, whose small act of kindness transforms him far into a world of darkness and mysteries, a world filled with mythical creatures. Gaiman finds the perfect balance between sweet dreams and nightmares and your pooch will certainly have exciting dreams if he listens to this audiobook. 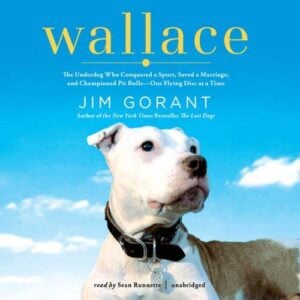 If you are looking for an inspirational story to share with your dog, Wallace by Jim Gorant, author of another bestseller The Lost Dogs, is a perfect choice. This story narrated by Sean Runnette is about a grueling journey of one sweet dog, part of a pit-bull breeding operation. He was supposed to be put down but was fortunately saved by Andrew “Roo” Yori, who brought him home and trained him to take part in Frisbee competitions for dogs. Despite all odds, Wallace became a champion of the sport just like he became a champion of many hearts. 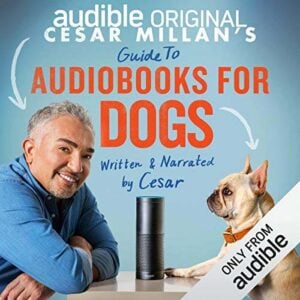 While this audiobook is not exactly meant for dogs but rather dog owners, if you are new to audiobooks and Audible, I strongly recommend listening to it in order to get the most of the experience. In this audiobook, Cesar Millan explains how audiobooks can help dogs deal with boredom, stress and anxiety that often kick in when their owners leave the house.

Millan also talks about the possible origins of separation issues some dogs experience and provides practical advice on how to fight these problems. He presents a detailed guide to setting up Audible and gives advice on how to choose the best audiobooks for your dog by focusing on factors like volume and the narrator’s gender. 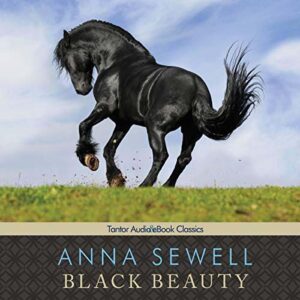 Black Beauty is a classic tale of one beautiful horse whose fate leads him from one family to another, and all the different problems he faces along the way. This audiobook is narrated by Simon Vance, whose performance comes with enough gravitas to persuade the listeners just how cruel animal mistreatment can be. While your dog may not understand the story itself, he will certainly find the narration enjoyable and worthy of his time. 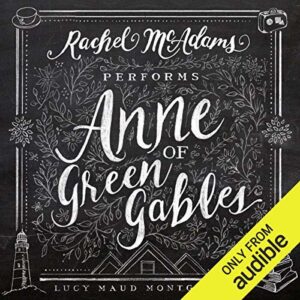 Narrated by the lovely Rachel McAdams, this coming of age story follows the adventures of a young orphan girl full of spirit and her influence on her new family. It is a touching tale full of humor, individualism and love, brought to life by the sparkling voice of the narrator. Your dog will be able to feel the words even if he can’t understand the meaning thanks to the nuanced performance of Rachel McAdams, whose love for this literary gem is evident from start to finish. 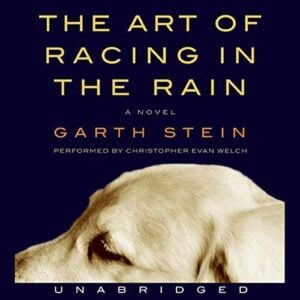 The Art of Racing in the Rain

This is another dog story, ideal for your pooch to listen to. It follows the life of Enzo, a dog with a human soul and deep philosophical understanding of life. Enzo enjoys television and listening to his owner, Denny Swift, talk. As he recalls the events of his lifetime, Enzo shows his compassionate and heroic side as he gives his all to keep the Swift family together when tragic events hit them hard.

READ NEXT: 7 Best Audiobooks for Dog Owners and Dog Lovers 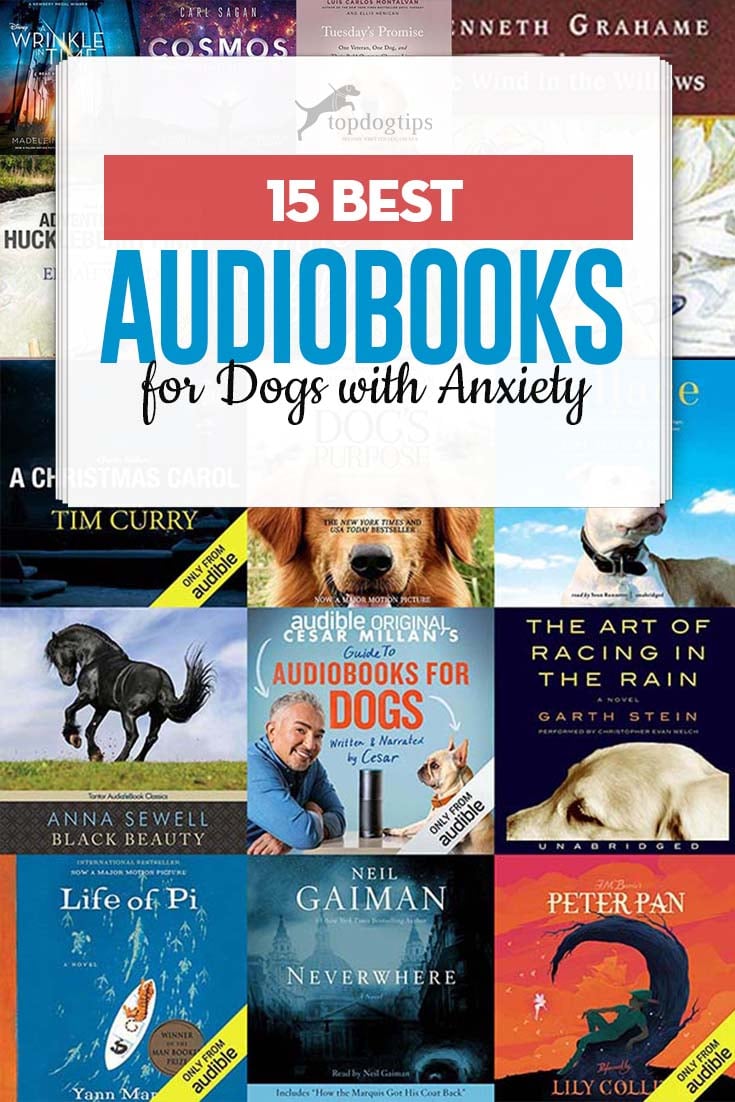