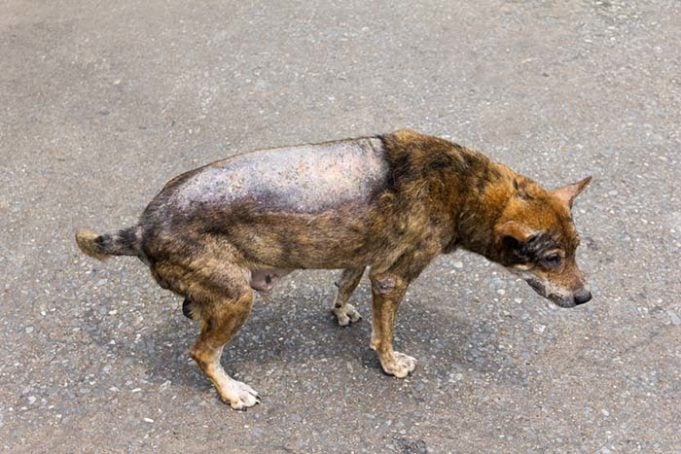 Scientists have identified the gene responsible for a blistering skin disorder in dogs (and humans), which can now be prevented.

Researchers at the University of Helsinki have worked to identify the gene defect responsible for a blistering skin disorder in dogs, and can now make progress is quicker diagnosis (and prevention) going forward.

Epidermolysis bullosa is a hereditary blistering disorder found in the Central Asian Shepherd dog breed. It also occurs in humans. Both species possess the gene responsible for the disorder.

About the Skin Disorder

Hereditary skin blistering disorders can be found in varying severity among humans and other animals. One universal symptom of the disorders is fragile skin which is easily damaged, with blistering or skin abrasion soon following. The cause of these disorders is a deficiency or defect in the skin’s structural proteins.

According to researcher Marjo Hytönen, suspicion of hereditary causes was aroused when newborn littermates were found to have the blistering disorder. The group of researchers, led by Professor Hannes Lohi, conducted pathological testing which confirmed the diagnosis of epidermolysis bullosa in the dogs.

In the genetic studies which followed, the gene identified to be causing the disorder was COL7A1. This gene is responsible for producing collagen, which preserves elasticity (stretching ability) in the skin.

Treatment of the disorder typically consists of steroidal, antibiotic, and chemotherapy medications in combination with other things such as vitamins.

Uncovering the Genetic Cause

Skin samples were collected from the affected dogs, and underwent immunostaining (a process used to detect proteins in a sample). Testing found that collagen was absent from the skin of dogs who had the disorder.

Collagen’s job is to anchor together the two layers of skin, the dermis and the epidermis. Because affected dogs and humans have an absence of the functioning protein in this process, their skin layers are not strongly connected and are therefore easily detached.

Once again, the study of dogs who have a shared disorder with humans has helped science make progress in treatment and prevention for species moving forward.

As has been the case in other recent similar genetic identification of health disorders, the discovery of which gene causes this disorder will have lasting effects. It will essentially allow scientists to preemptively identify the genetic patterns responsible for the disorder, and therefore effectively eradicate epidermolysis bullosa altogether from dogs.