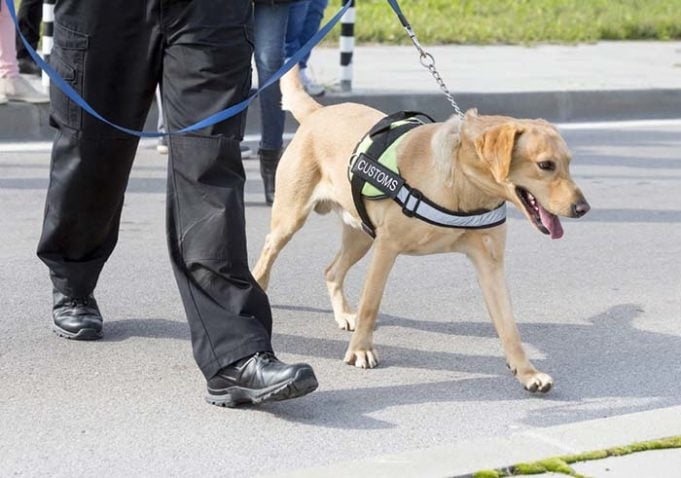 Researchers at the University of Leicester's Department of Chemistry, led by PhD student Jonathon Brooks, are studying the organic compounds which are present during decomposition, and are using dogs to sniff out those compounds to ascertain crucial identifying information.

Volatile organic compounds are those given off when biological matter decomposes. Scientists are trying to determine which specific chemicals the dogs are detecting and whether it’s just one compound, or combinations of compounds that the dogs are smelling.

Researchers are working with professionals to use these substances in training victim recovery police dogs who are working to detect human remains.

The Science Behind Decomposition

Though different tissue types will decompose at different rates, researchers have shown that they still share similar VOC profiles. However, the environment the tissues are exposed to can  significantly alter the VOC profile. This suggests that the samples the police forces use are not fully accurate representations of real buried human remains.

When human remains break down, they release a large variety of molecules. The dogs needs to be able to recognize these varies molecules with their noses.

The team is working with police dogs to train them to recognize these molecules, and are using various analytical techniques to measure the substances which are released during decomposition.

Why This is Progress

The researchers are working closely with University Hospitals of Leicester and a multitude of UK police forces to establish how the data can best be used to assist in future criminal investigations.

Not Enough Human Remains to Study

A limitation the team faces is that in the UK, they are only allowed to use animal samples for cadaver dog training. This is due to legislation. But collaborators in Australia recently opened a human decomposition facility, which will help scientists advance their knowledge on the phenomenon as it pertains to humans specifically.

Protocols are being introduced which will allow police forces to use human samples which have been donated to science. This will serve to increase the dog’s understanding and effectiveness in detecting human remains.

These protocols have yet to be implemented, and it is currently hard to know whether there will be a consistent human tissue supply or not.

As terrifying as this all sounds, this is very noble work. Death is a normal part of life. Those humans donating their bodies to science are unknowingly working with dogs toward better identifying remains for the loved ones of those who have experienced a tragic, untimely or mysterious death.