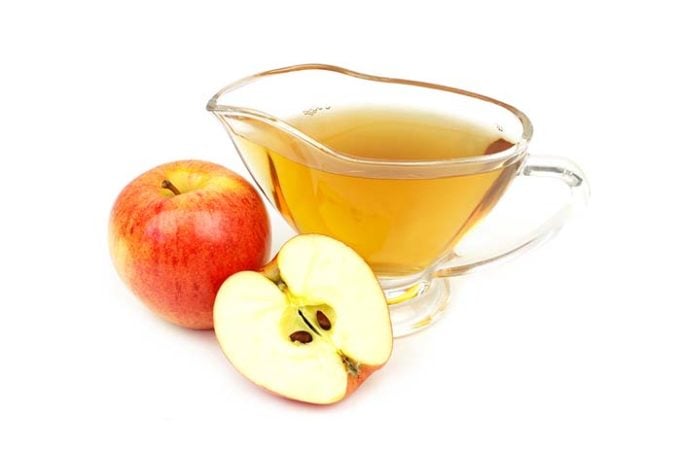 Apple cider is a crisp, refreshing drink associated with the autumn season. It is not to be confused with hard cider (alcoholic beverage) or apple juice as it's created using an entirely different process. But can dogs drink apple cider just as we can, or is it dangerous for them?

The answer is YES – dogs technically can drink apple cider, though most of them are unlikely to find this beverage appealing. This drink features one of the healthiest fruits a person can eat and may provide some health benefits when consumed in moderation.

What is Apple Cider?

Apple cider, also called soft cider, is an unsweetened, unfiltered, unpasteurized, non-alcoholic juice that contains the sediment and pulp from the fruit. Some forms of apple cider sold in stores have been treated to kill bacteria and extend the drink’s shelf life.

“Apple cider” is not apple cider vinegar; it is not apple juice; and it is not the same as hard cider (an alcoholic beverage, which would be toxic to pets). All four of these apple-based beverages are different in how they're made and what they contain.

Apple cider is a seasonal drink most frequently found during the autumn and winter seasons and mostly known throughout Canada and the United States. It can be a refreshing drink in the fall or heated, spiced, and mulled for the winter.

Apple Cider for Dogs 101
Can my dog drink apple cider? 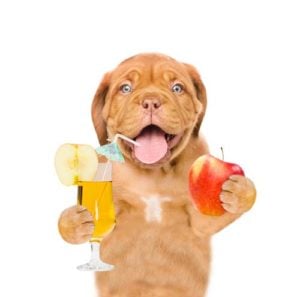 Apple cider in its purest form may provide some limited nutritional benefits to your dog, and given in small amounts, it should be safe for your pooch to drink. If the apple cider has additives in it, such as sugars, spices, or alcohol, then it would be wise to avoid giving it to your dog altogether.

Many dogs might not find apple cider all that tasty due to its acidity and sweetness. In fact, even people prefer apple juice over cider because of cider's somewhat bland taste.

1. Cider is a moderate source of dietary fiber.

Unlike apple juice, cider contains pulp and sediment which have doses of dietary fiber that often are destroyed when apples are used in apple juice. Dietary fiber improves digestion, gastrointestinal processes, lowers blood cholesterol, and can help your dog feel fuller, thereby helping to prevent weight gain and obesity.

A powerful antioxidant, flavonoids are found in apples, and therefore, in apple cider as well. Flavonoids fight chronic illnesses such as cancer and heart disease. They also decrease the risk of stroke and type 2 diabetes in humans.

Flavonoids are also responsible for assisting cells in fighting against free radical damage by neutralizing the free radicals before they can damage the body.

Apple cider offers a decent amount of potassium which is an important mineral for the proper function of nerves, enzymes, and muscles. Potassium also helps the body retain an adequate fluid level.

Iron, also found in apple cider, is another mineral that impacts the way enzymes function within the body. It also helps in the process of developing hemoglobin, a red blood cell molecule that carries oxygen throughout a dog’s body.

Additionally, Vitamin C is also found in apple cider. As a water soluble vitamin, this ascorbic acid and powerful antioxidant may treat or prevent a variety of canine ailments, such as arthritis, cancer, dementia, and liver disease.

4. It can be turned into apple cider vinegar and provide other benefits.

Apple cider can be fermented, causing bacteria to break down the yeast and sugars in the liquid. The sugars and yeast become alcohol and then turn into vinegar. Apple cider vinegar has long been touted as a home remedy for a variety of health issues in dogs.

Apple cider vinegar may help alleviate itching, urinary tract infections, and ear infections. It may also improve the condition of the skin and coat, promote healthy digestion and weight loss, as well as clear up fungal or bacterial infections.

3 Side Effects of Apple Cider for Dogs

1. Too much apple cider can cause gastrointestinal issues.

Spiced apple ciders tend to get their kick from spices like cinnamon and nutmeg. While cinnamon is safe for dogs to consume, nutmeg, especially in large doses, is not. Nutmeg is toxic to canines and can cause the following side effects in dogs:

Although spice cloves, often included in spiced apple cider, are not toxic to dogs, too many cloves can cause stomach upset.

Fermented apple cider (which becomes hard cider) is toxic to pets. Also, deliberately adding alcohol to apple cider may be fine for a responsible adult person, but it isn’t safe for a dog.

Alcohol contains ethanol which is toxic to canines. It takes a few hours for alcohol to be absorbed into the bloodstream; therefore alcohol poisoning symptoms won’t appear immediately in your dog. When they do, look for the following signs:

In worst case scenarios, a dog may slip into a coma which can lead to brain damage and death. If you suspect your dog has alcohol poisoning, take him to an emergency veterinarian immediately.

While apple cider in small doses may provide your dog with minor nutritional benefits, it can also cause serious health issues if your dog drinks too much, or if the cider is spiced or combined with alcohol.

Overall, the possible benefits from your dog drinking apple cider vinegar are not worth the risks, and it's also unlikely that your pooch will even enjoy the taste of apple cider in the first place. Stick to whole apples instead. 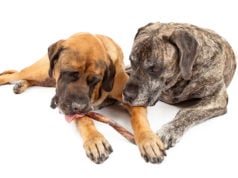 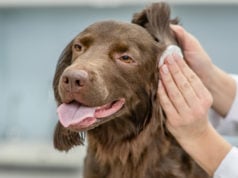 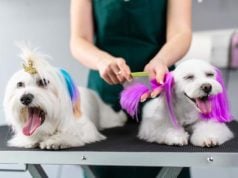 Dog Hair Dye: What You Must Know About It 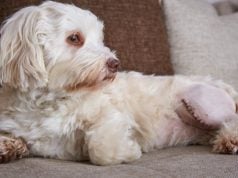