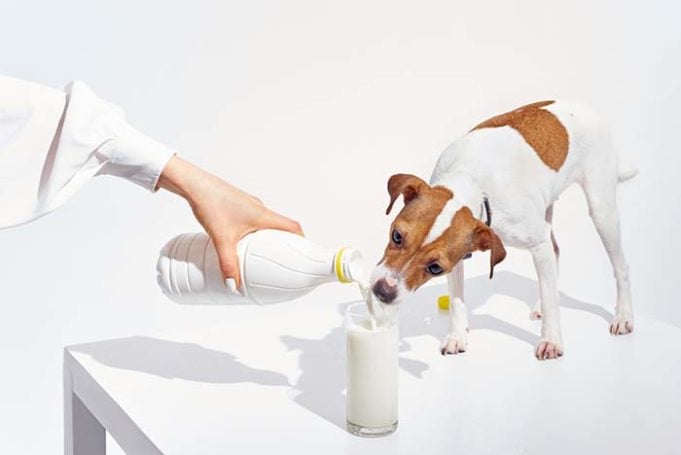 Back from when we were kids, we heard stories and saw commercials telling us about numerous benefits of milk, and we generally assume that the same benefits can stretch towards our dogs. But can dogs drink milk? Sometimes – depending on the specific dog – yes, they can; however, most times, the answer is probably NO. The truth is that majority of dogs' digestive systems will not be able to tolerate milk and most milk products.

While milk as a product does indeed has benefits, and nobody actually tricked us in TV commercials, many people and dogs have trouble digesting milk. This is the consequence of lactose intolerance which has gained more attention over the previous years.

If you're lucky, your dog can be perfectly fine drinking milk and enjoying all the good sides of it. However, a significant number of dogs are lactose intolerant, and the extent and severity of this intolerance can vary depending on a dog.

What Is Lactose Intolerance in Dogs?

To understand why a lot of milk is often bad for dogs, or they simply cannot digest it well, we need to understand what exactly is lactose intolerance in dogs.

Milk contains the nutrient called lactose which is a complex sugar. There are two types of sugar in lactose. In order for a dog to digest it, the dog needs an enzyme called lactase in their organism. Lactase’s role is to break two types of sugars into separate parts and make it easier on our dog’s digestive system to process it.

Often, a pup doesn’t have enough of this enzyme in their body, which makes your dog lactose intolerant. Knowing what are the symptoms of lactose intolerance in dogs and how to recognize side-effects of drinking milk can help you determine the severity of your dog’s condition.

The Consequences of Drinking Milk 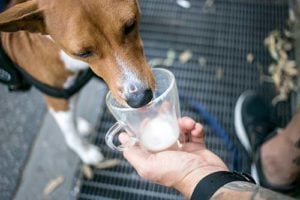 If your dog drinks a little bit of milk that’s left in your glass, he probably won’t have any side effects. The exception to this is if the dog is allergic to milk and not just lactose intolerant, but this is not a common issue.

In case your dog is among the many who are lactose intolerant and consumes a full glass of milk, you will see similar symptoms as those in humans, such as sickness, vomiting, abdominal pain, excessive gas and diarrhea. If this happens, don’t panic because it passes quickly and it is not particularly dangerous. It takes around half a day for the symptoms to appear in your pooch, and several more hours for the dog to take it out of his system.

A more severe consequence of feeding your dog with milk is high fat. Whole milk is high in lactose but also in fat, and if consumed often it can lead to serious diseases if you're overfeeding your pup with milk. Some of the more serious conditions include obesity and pancreatitis which can be a result of having milk as part of a regular dog's diet.

The side effects of drinking milk will largely depend on quantity. If you want to check whether your pooch enjoys milk, start with very small dosages and monitor their behavior afterwards.

Remember that if there are consequences, you will see them many hours later. Check if the abdomen of your dog is unnaturally sensitive, if he is disinterested to walk or play, or if he avoids turning on his back. These are visible signs that he has issues with digesting milk.

Even if a dog is lactose intolerant, if you give him a very small portion of milk, this will not put his digestive system in any distress.

What About Mother’s Milk?

A common misconception is that because your dog enjoyed milk produced by his mother and didn’t have any consequences from it, he will be able to process milk when he grows older. Bear in mind that a dog mother’s milk is different from milk produced by a goat or a cow.

As another explanation, remember that once the puppies stop suckling, their level of lactase decreases and makes milk digestion more difficult in the later life.

What if My Dog Really Likes Milk?

There are many things which are bad for dogs and they still want to eat them or drink them. Sometimes because of the appealing taste or smell and sometimes because their owner eats it, they will want to try different foods they come across.

Some dog owners fed their dogs with milk for a long time, only to discover that all these stomach pains are caused by lactose. But, by the time they discovered that, the dog was so used to dairy products that it was very difficult to completely avoid it.

In these circumstances, DogFoodAdvisor suggests replacing it with a dairy product which contains less fat and lactose. For example, while 1 cup of whole milk contains 11 grams of lactose, low-fat yogurt contains 5, and 1 ounce of cheddar cheese doesn’t even have a full gram. 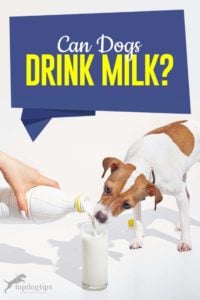 While drinking milk can bring some benefits to our pet, be aware that many dogs are lactose intolerant. Small amounts won’t be detrimental to his health, but bigger portions can put his digestive system in distress.

Even though the consequences are temporary, the fat in milk can bring about more serious diseases. If your dog enjoys dairy products, give him milk in moderation and only as a treat, or switch to other ones which have lower lactose level. 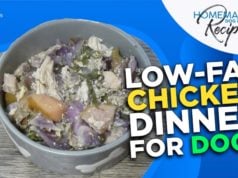 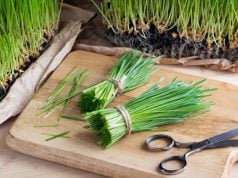 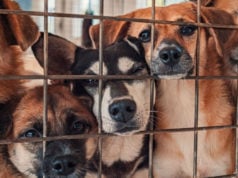 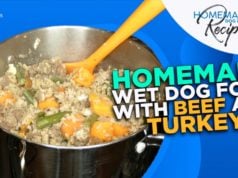