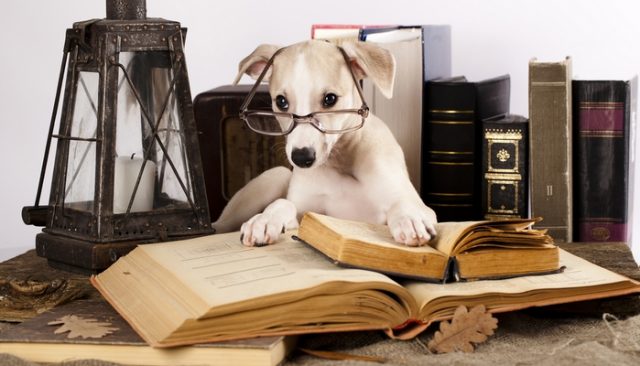 We may already know our dogs are super-smart, but now there's a study that proves canines actually possess a “g” factor or a “general intelligence” factor. According to the journal Intelligence the study done by British psychologists Rosalind Arden and Mark Adams confirms that dogs that have shown remarkable smarts in cognitive behavior in one area will also do so in other areas of testing.

This is consistent with over a century of research on human intelligence. For this study the researchers used 68 Border Collies from Wales.These dogs had all been bred and trained to do herding work on a farm, and therefore had similar backgrounds. The canines were then put through three distinct IQ trials with a reward system based on a food treat. 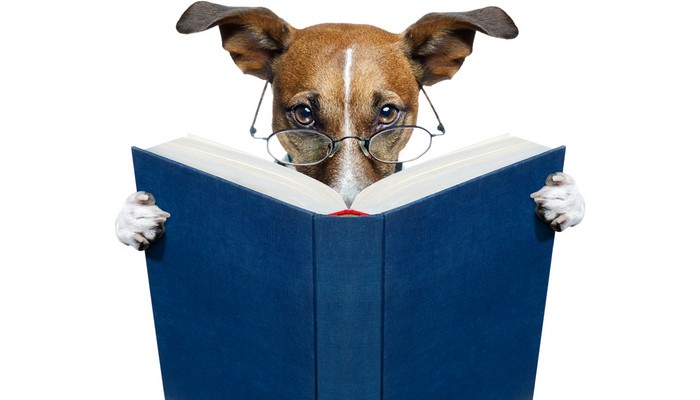 The detour test had the dogs running around obstacles arranged in different patterns in order to receive their treat. The point-follow test involved the researcher pointing to a specific inverted beaker concealing a treat to record if the pooch went to the correct one. Finally, the quantity discrimination test used a small glob of peanut butter over a larger one to record if the dog could discern between the two size differences.

Interestingly, I have witnessed the Blue Jay species of bird weighing out the difference between peanuts in the shell. They will pick up each one and put it back down until they finally choose the biggest or heaviest one to eat.

However, not so surprising are the results for these tested canines. Some dogs aced the trials while others struggled. But the dogs that exceeded or “failed” in one test usually did so throughout all three quests. This is significant as the same results were also found in the human test subjects.

Why are researchers excited about these results? They feel this could be valuable for understanding the link between intelligence and health in humans. All this research has convinced those experts that the scores obtained on IQ tests could predict the outcome of our health; a high intelligence would indicate a longer, healthier lifetime. 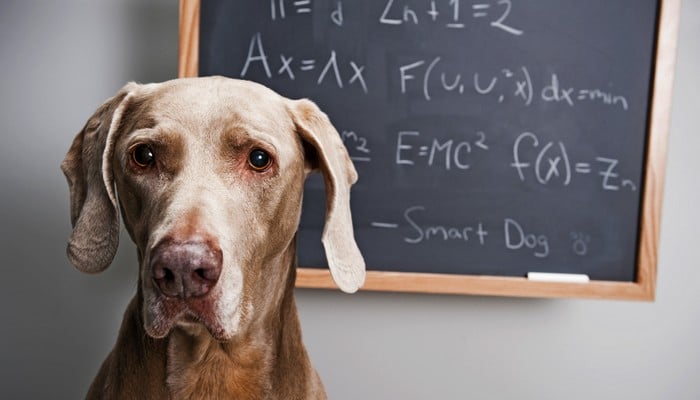 Unfortunately, the interpretation of this finding does get complicated. What about those highly intelligent folks that continue to drink constantly and to excess or those habitual smokers? This is  the precise reason why researchers are using dogs for intelligence testing. Canines don't engage in these dangerous habits, so they can (at least in theory) provide a more accurate estimate of the relationship between health and intelligence.

Whether this type of research every pans out for those involved, we, as dedicated pet parents, can already deduce if our canine companions have the smarts or are just lovable buddies going through life a little more oblivious than the rest of the pack. Sure, watching a clever pooch ride a skateboard or do back flips on command can be entertaining (while our pooch may not remember his water dish is better than the toilet…at least in our opinions). We still love them for their loyalty and daily love.