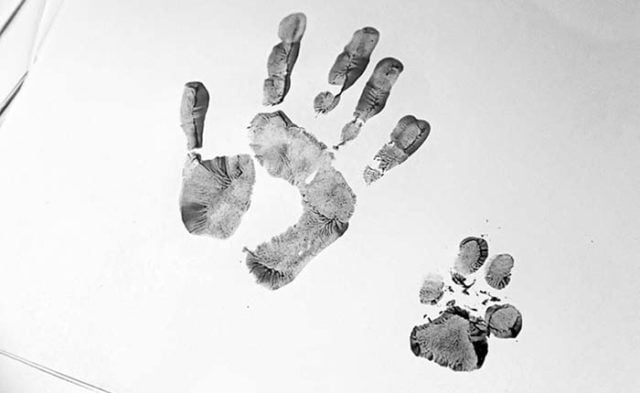 Genetic testing breakthroughs in dogs are linking their breed, behavior, and health through DNA. “Darwin’s Dogs” is another new project that is paving the way to the well-being of your pups among other aspirations.

Genetic analysis of canine DNA has been rapidly progressing in the last decade, and with new companies like Embark, the field is improving every year. It's a fascinating area that not only helps to breed out health issues in dogs, but provide an abundance of other type of information that every pet owner is likely to be curious about.

The competition with dog DNA testing is growing, too, which pushes new companies to invent and innovate. The Darwin’s Dogs project is taking a different approach to studying canine DNA while also making strides in the field of understanding the evolution of domestic dogs. Based out of the University of Massachusetts Medical School, Darwin’s Dogs is a team composed of behaviorists and animal geneticists with the goal of mapping out how today’s dogs came to be.

Anyone can enroll their dog in the project and it has two major components. Through an online questionnaire, owners tell the team about their dogs’ behaviors and personalities. Then, the team sends them a saliva testing kit, similar to dog DNA tests we all already know, to collect a sample and send back to the lab for analysis.

The team then extracts the DNA from every saliva sample and genotype it. They match behaviors of dogs to their varying genes. By studying the DNA in dogs’ saliva and making note of the behavior of each dog, the scientists can begin to match certain behaviors or dog's personality traits to gene patterns.

In doing this, they can figure out what breeds make up a mutt. Though physical features and behavior are helpful determinants of dog breeds, it’s not a foolproof way to figure out what makes up your pup. Darwin’s Dogs is able to tell you exact percentages of breeds in your dog’s genetic makeup. One participant in the project found out that their dog, who they thought was a Redbone Coonhound mix, was actually a Bloodhound-Boxer medley.

PODCAST: What Are Dog DNA Tests and Are They Reliable?

Dogs DNA and Their Behavior

The Darwin's Dogs team can also find out how behavior and genes are related, and how they both affect the health of your dog. Ultimately, the connections made between genetics and behavior could lead to breakthroughs in medical studies, both mental and physical.

This project has a focus on understanding neurological and psychiatric illnesses in dogs, and the original study was about obsessive-compulsive disorder (OCD) in dogs. It has now expanded to include finding the cause of food allergies by asking owners about their dogs’ eating habits.

Treatment for neurological and psychiatric illnesses are limited in dogs. Researcher for the project, Elinor Karlsson, says that “the only way to really find new treatments is to know what the cause is.” It’s difficult to develop a treatment for something that we don’t yet understand, because instead of fixing the root cause of the problem we may just be masking the symptoms.

Elinor Karlsson also believes that the canine study could potentially lead to a breakthrough in human medicine. “Even though there are a lot of differences between dogs and humans, you look at the really important things that are relevant to health, there are not that many differences,” says Karlsson.

The data they gathered in their initial study about OCD was applied to a study about genes connected to human OCD. They found that four different genetic mutations were common in dogs with OCD, and then found that those same genetic mutations were common in people with OCD. It’s not a definite connection, but it’s a massive step toward understanding how neurological illnesses come about.

The same goes for dog food allergy research. Darwin’s Dogs believes that if they can find the link between genes and food sensitivities in dogs, they may be able to do the same for people. By gathering information about the dog’s behavior and the connection to food, they may also be able to find a connection between environment and allergies.

Though the research isn’t perfect, it’s starting to show that the differences between dog health and human health are slim and that dogs are great models for behavior and health research in pooches and people.