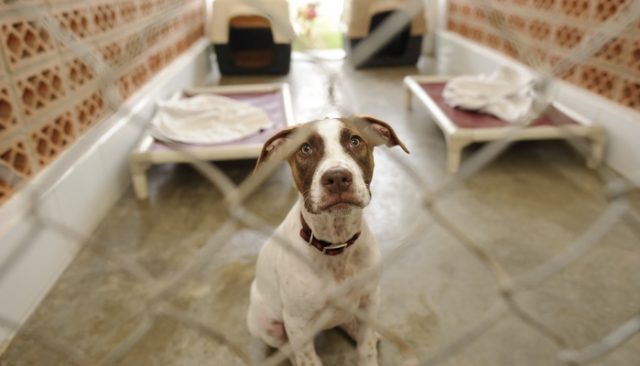 After Kailey spent about one year on DeKalb County Animal Shelter’s adoption list, it was decided that her time was up and she would be euthanized. The Georgia shelter had a tough time finding anyone willing to adopt the 3-year-old shepherd mix due to her imperfect behavior.

Kailey had endured something in her past which made her frightened when being pet by strangers. When potential adopters saw this, they passed her over in favor of dogs who were more willing to be touched.

But, at the last minute, Kailey’s life was saved when she was adopted by Suzy Chandler, who had just seen a video and an emotional message about Kailey on the shelter's Facebook page.

The video shows Kailey being affectionate with a caretaker and being dressed up in a hilarious costume. The message read, “Do you like to be alone or just with a close friend? Is an evening at home surfing the web or cuddling with a loved one watching Netflix your idea of bliss? Do you find the idea of being grabbed anywhere by someone you don’t know horrifying? Meet your doggie soulmate: Kailey.”

Chandler said she was moved by this message, and that she and her husband felt that they would be the perfect parents for damaged Kailey. About 2 weeks after her adoption, on December 30, Kailey saved her new adopters from a potentially fatal situation when she alerted Chandler to a gas leak in the middle of the night.

Kailey woke Chandler up by barking and growling to get her attention. When Chandler took Kailey outside, Kailey led her to a location by the side of the house. Suddenly, Chandler was overwhelmed by the powerful smell of gas, which was accompanied by a “whoosh” sound.

She called 911 immediately. When the DeKalb County Fire Department responded, they found a ruptured gas line and repaired it. Chandler lives next to an apartment complex containing many children, so the leak could have lead to a terrible tragedy.

Chandler called Kailey their “hero dog,” saying she didn’t know what the outcome would have been had Kailey not warned her to the dangerous situation. She hopes that Kailey’s heroic deed will encourage others to open their homes and hearts to pets, no matter what sort of “imperfections” they have at the shelter. She is very grateful to Kailey for her life-saving actions.

RECOMMENDED: 12 Dogs That Are the Biggest Social Media Stars 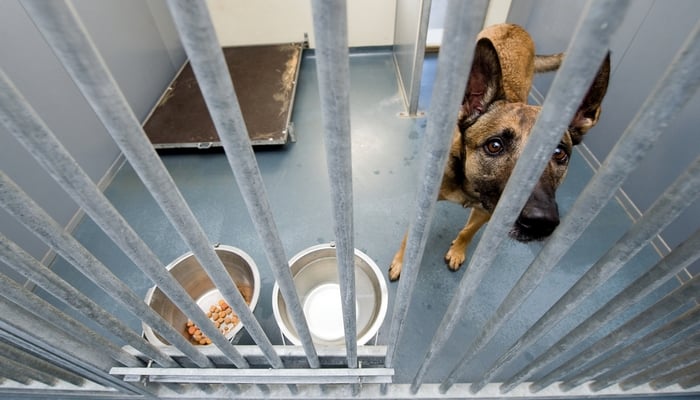 When you save a dog’s life, they show that they understand what you did for them, and show their gratitude. Kailey is one of many dogs who have saved humans’ lives or helped them avoid dangerous situations.

If you see a dog at a shelter who isn’t behaving ideally, please remember that he may have experienced a traumatic past and is just fearful. Oftentimes, the pets who “show” the worst at a shelter wind up being the most affectionate and loyal pets once they are comfortable in a loving home.

If you see such a pet in a shelter, consider opening your home to him. Ask if you can foster to get a sense of the animal’s true behavior. Deciding to adopt one of these sensitive souls might just save your life someday.