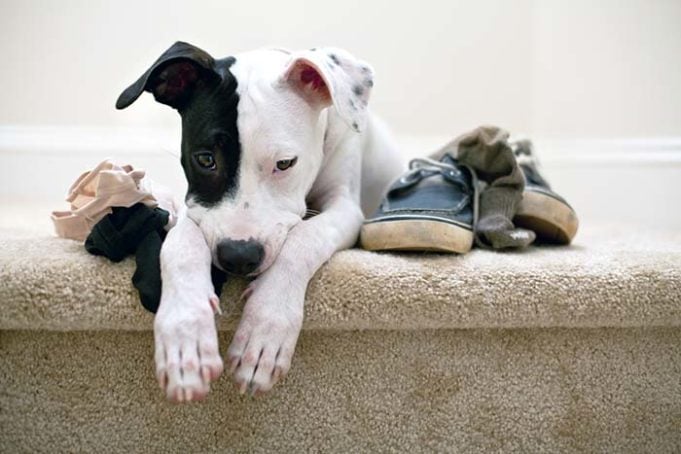 There’s a right way and a wrong way to teach the dog not to chew and destroy your stuff at home.

Destructive chewing in dogs is a common issue. Have you ever scolded your dog for chewing or gnawing on your things? You might think that this has to do with hunger but experts say that it's actually a behavioral manifestation, which can be a good or bad thing.

Colin Tennant of the U.K. Canine and Feline Behaviour Association told Live Science that chewing on things is instinctive in dogs. If humans study objects with their eyes (sight) or hands (touch), dogs use their mouth to rip things apart and learn what these are.

Dogs also bite into your things, such as your shoes or clothes in the laundry basket, because they can sense your odor. It's likely that your pooch is wondering why your scent is on some items, and thus have the instinct to investigate.

RELATED: 15 Ways to Prevent Dogs from Chewing Furniture and Your Belongings 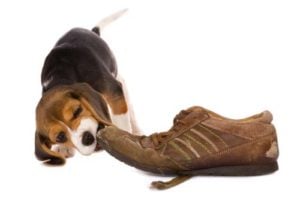 But while chewing is a natural behavior and a learning tool for dogs, it can also become a problematic behavior. For instance, if you always leave your dog alone inside the house all day and offer no quality time for play or exercise, then he's bound to gnaw and destroy some of your things to release all that pent-up energy.

Canine behaviorists say that destructive chewing might also be an indication of separation anxiety, obsessive-compulsive behavior, fear and aggression in dogs. Aside from the lack of exercise and playtime, these animals may also develop the bad habit because of lack of supervision and training, as well as the lack of access to actual chew toys.

It's also possible, however, for dogs to develop chewing problems because of a medical condition. Like humans, dogs also suffer gastrointestinal discomforts and chewing is like a coping mechanism. If you notice your dog’s chewing habit as getting worse, it would be helpful to visit the vet for a check-up. You have to rule out any medical problem first before training the dog to behave properly.

If you caught your dog gnawing items he shouldn't be putting in his mouth, resist the urge to scold him or take the things away by force as a way of discipline and teach your pup to stop chewing the right way. According to Tennant, screaming at dogs for destroying your favorite pair of sneakers won’t have any effect. Instead, direct the dog’s attention to an actual chew toy and then praise him when he complies.

Essentially, you need to teach your dog what objects he can or cannot chew on. Understand, however, that learning will take both time and consistent effort to have good results, so you need to be patient with your pooch.

Don’t forget to give your dog enough time to play and walk so that he won't direct his energy to destructive chewing. He’ll need his regular mental and physical exercises outdoors. 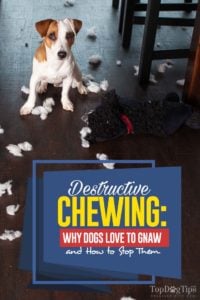 It should also be helpful to dog-proof your house. For instance, keep electric cords out of reach or clean up after your things when you’re not using them so that the dog won't think of playing with it. Close the door behind the laundry room and keep socks and shoes properly hidden in closets or drawers.

Block rooms that you don't want your dog to access with a puppy gate. Sometimes, it might be necessary to crate your dog if you won't be able to supervise him from wandering and inspecting your things. However, only use crating for short periods of time and leave some toys next to him so he won’t feel anxious.

If you have a new puppy, expect a certain level of destructive behavior because of curiosity and tension release. However, as a pet owner, you hold the key to effectively stop this behavior and solve the problem. Ultimately, it’s your supervision and guidance that will teach the dog how to be in his best behavior.

READ NEXT: 5 Tips on How to Stop a Puppy from Chewing Everything

Dog Zoomies Explained: 6 Reasons Why Your Dog is Hyper

How To Stop A Dog From Escaping: Why it Happens and Escape Artist Behavior