Have you ever wondered if your dog knows how long you’ve been gone? Or maybe you’ve noticed that your dog misses you more when you’ve been gone a long time and have wondered, do dogs have sense of time?

It certainly seems like dogs can sense time, based on how they always know when you’re coming home from work or when you’re leaving for the day. But does your dog really sense time the way that humans do? Or is there something else going on? Do dogs have a sense of time, and if so, how does it work?

So do dogs have a sense of time because of Circadian rhythm? Not really. Circadian rhythm isn’t the reason why your dog seems to be able to tell when you are due from work or how much time has passed during the day.

Is your dog telling time? Scientists believe that even though it looks like your dog is reading the clock, your dog is actually using the senses to figure out patterns. 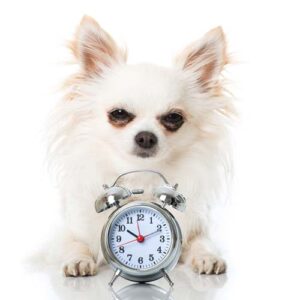 We already know that dogs have an incredibly good sense of smell and a great sense of hearing. They can smell and hear things that some other species can’t. And they can use those senses to determine patterns of behavior in you, their human. So the real answer to do dogs have a sense of time is “kind of,” but it works not the way you think it does.

Some studies indicate that when a dog seems to know what time you will get home from work, the dog isn’t reading the clock. Instead the dog is using highly attuned senses of hearing and smell to figure out that you are approaching.

For example, your pooch may hear the unique sound of your car door, or hear your steps approaching even if you are far away. That tells the animal that you are on the way home long before you put the key in the lock. And because the dog heard your coming, he's ready and waiting at the door anxious to say hello.

Dogs also use their senses to determine patterns for things like when it’s time to eat, when it’s time to go for a walk, and other activities. Even though it might seem like the dog is reacting to the time of the day, he's actually figuring out your pattern of behavior based on other sensory input. Little things that you do without thinking your pooch will hear, see and smell and create associations based on those behaviors.

For example, if you take your canine for a walk at 4PM each day just before 4 PM, the dog might start barking, circling, or indicating that they know it’s time for a walk. But the dog isn’t reacting to the time on the clock. He's reacting to sensory input. You might glance at the clock, or pick up the leash, or subconsciously give off other clues that you’re about to take your pet outside. That’s how your furry companion knows that one of the best times of the day – the walk – is coming.

Do dogs have a sense of time in any capacity? Not really. Dogs don’t really tell time so much as they read all the available data and use it to find patterns. But from the human perspective it looks like your companion is able to tell time.

ALSO READ: 13 Common “Why Does My Dog” Questions Answered 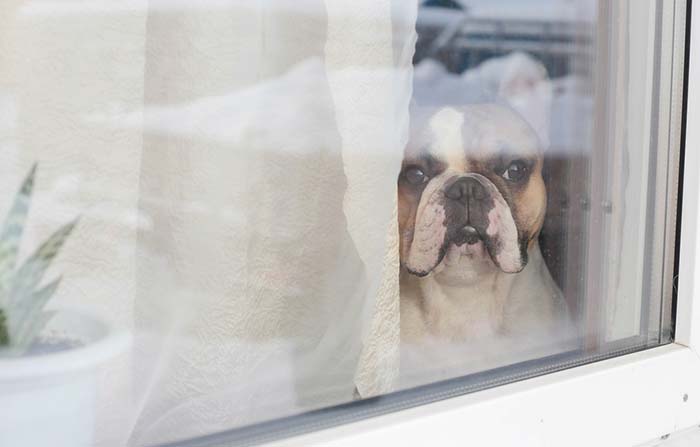 All the research that has been done into how dogs perceive time indicates that dogs do have the capacity for a type of what is called episodic memory system. They can remember past events and use those events to predict future behavior.

But dogs don’t have the same external construct of time that humans have. They don’t think of time in units the way that humans use second, minutes and hours to construct the sense of time passing. From the perspective of thinking of time in those units dogs cannot be said to understand time or dogs having a sense of time.

But our loyal pals do have their own unique way of predicting and understanding patterns and they use those, along with their own version of episodic memory, as a way to predict human behavior and key in on patterns like when their human leaves for work and comes home from work. Or when it’s time to eat or time to go outside for a walk.

Does Your Dog Miss You?

Most will be curious, do dogs have a sense of time, because they wonder if the dog will miss the owner. But the issue of whether or not your pooch misses you when you’re gone is a separate one from whether or not dogs can tell time.

Of course your dog misses you when you leave.

Most of the studies found that the dogs’ anticipation of being reunited with the owner leveled off after two hours. The level of excitement at the owner’s return was the same at four hour mark as it was at two hours. So, if you’re gone more than two hours, your dog will miss you the same amount as they did when you had been gone two hours, according to researchers (although some pet owners may argue that case, strongly).

In Summary: Do Dogs Have a Sense of Time? 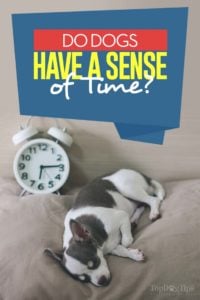 Instead, dogs use their keen sense of smell and hearing to figure out patterns, which to us can sometimes seem that a dog understands passing of time. Dogs do miss their owners, however, and the time matters (to an extent) in that as well.

READ NEXT: Why Do Dogs Sleep More In Winter Time? 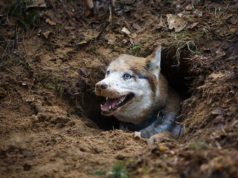 Why Do Dogs Dig and How to Stop Them 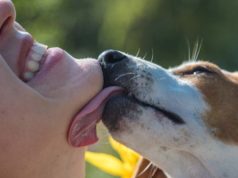 Why Do Dogs Lick Your Face? 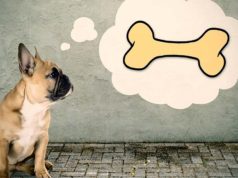 What Do Dogs Think About? 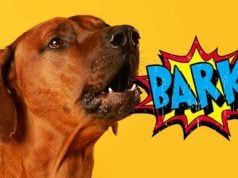 Rachael Leanny - Jul 8, 2020
Nasal discharge in dogs can be a condition that means absolutely nothing. On the other hand, it can be accompanied by other symptoms like...

Diana Beth Miller - Jul 6, 2020
Choosing the right gift for a person you care for is not always easy. Fortunately, if you are shopping for gifts for dog owners,...

Shelly Graves - Jul 6, 2020
There's a huge number of potential causes for bloody diarrhea in dogs, and your vet is the only one that can diagnose the reason...