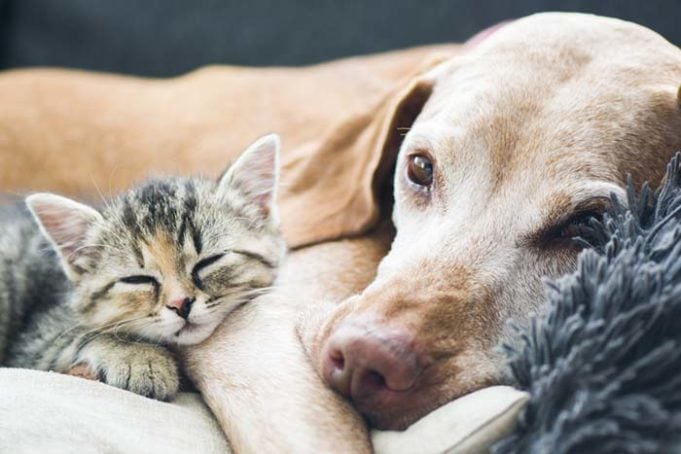 A recent study compared how much dog owners would spend on their pet compared to cat owners to determine who would spend more on their care.

Recently, a loan company commissioned a poll asking dog and cat owners how much money they would spend to save their pet’s life.

LendEDU polled 500 people to ask them two questions – one about immediate emergency care expenses, and another about long-term expenses.

According to LendEDU spokesman Thomas Flynn, the goal was to determine whether pet insurance was worth the investment for consumers. LendEDU does a lot of work with insurance, and this is what inspired the research.

The first question respondents answered was, “How much do you spend annually on your dog, or cat (including food, toys, healthcare, etc.)?”

Dog owners would spend more than twice as much as cat owners to save their pets from a life-threatening condition.

These results were for pet owners who owned only cats or only dogs. Interestingly, the numbers were much closer (almost the same) for people who owned both cats and dogs, with the results being that people would spend $10,200 to save their cat and about $10,400 to save their dog.

According to the poll, Americans who owned only a dog would spend about twice as much annually as people who owned only cats. This applied to both emergency situations and long-term expenses.

In general, dog-only owners incur expenditures that are double that of cat owners; dog parents spend about $2,000 annually on their pets, while cat owners spend about $1,000 on theirs.

Interestingly, people who owned both cats and dogs would spend an average of about $1,500 on their cat, but only about $1,400 on their dog. This goes against the trend exhibited by people owning exclusively one or the other.

RELATED: How to Budget and Save Money on Dogs

A Look at Chronic Expenses

If anything, this study proves how costly it can be to own pets. Medical expenses aren’t even half of what makes up pet owners’ expenses annually.

In more recent times, pet insurance has become a very popular investment. According to the North American Pet Health Insurance Association (or NAPHIA), people insured about 1.8 million pets in the U.S. in 2016. This was up a whopping 11.5% from 2015.

To Have Pet Insurance, Or Not to Have Insurance? That is the question.

Lots of people choose not to spend money every month or year on insurance for their pets. But these numbers make a compelling argument.

Looking at this data, it appears that dog owners would benefit more from having pet insurance than cat owners would.

According to research done by NAPHIA, the average annual cost of dog insurance covering both illness and accidents was just over $500. That same premium costs cat owners just about $300 every year.

Despite these numbers, the fact is that anyone with a pet should probably invest in pet insurance, whether they own cats, dogs, or both. Accidents resulting in emergency care can happen at any moment, and occur without warning.

Your cat or dog could swallow something and choke, or get an intestinal blockage. They could get run over by a car, attacked by another animal, or eat something poisonous. Pet insurance is a wise idea for people who don’t have thousands of extra dollars sitting around.

Buying insurance for your animals means spending a little money to save a lot of money in the long run; $500 per year feels much better than spending thousands of dollars on one emergency visit, right?

If you’d like to look into purchasing pet insurance, take a look at the top rated insurance companies to help you get started in the right direction.

READ NEXT: How to Save and Budget for Your Dog’s General Expenses