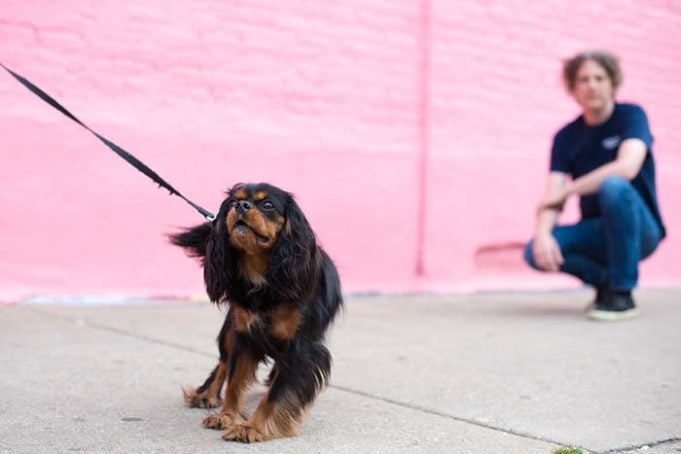 Some dogs with loving owners still crave attention from strangers and experts break it down to explain the most important factor to this “odd” behavior – the dog’s owner.

Have you ever experienced your loyal dog completely forgetting about your existence when there's a new person around? My 8-year-old terrier easily falls in love with our house guests. After meeting them for the first time, she would beg for a cuddle with her puppy-dog eyes even when I'm sitting just a few feet away.

“In new places or during moments of discomfort, dogs can be inclined to seek out their owners. When comfortable, dogs are more likely to interact with unfamiliar people.”

While it’s strange to think that your best friend could actually prefer a new person, animal experts said this shameless display of behavior is not a surprise at all.

You Had Me At Hello…

According to a new study published in the Journal of the Experimental Analysis of Behavior, at least 70 percent of dogs show behavior that seems to imply they prefer new people to their owners. Loyal dogs with loving masters apparently take to strangers easily and the magic happens within 10 minutes of meeting for the first time.

This doesn't mean, however, that dogs actually prefer people they have just met you. Before you start feeling bad about your best friend’s “betrayal,” the reason behind their behavior is apparently not because of disloyalty. In fact, the study underscored that your presence is a factor to their friendliness towards strangers.

RELATED: Science of Human-Dog Psychology – Are You and Your Dog a Good Match?

Owners Vs. Strangers: Which Do Dogs Prefer?

Experts from the University of Florida and Arizona State University conducted a study to find out which dogs preferred to interact and receive touches between owners versus strangers.  Do dogs like to be petted by strangers more than their owner? In 10-minute sessions with different dogs and scenarios, experts say that the animals manifested two types of behaviors.

Experts actually brought the dogs in two locations to see how they behaved around strangers. In a very familiar place, such as your own house, they saw that dogs are more likely to seek attention from your guests than from you. In an unfamiliar setting, however, dogs will respond less to strangers, appear guarded and look to their owner for calm and assurance.

Lead study author Erica Feuerbacher told National Geographic that when faced with a stressful or unfamiliar scenario, dogs turn to their number one, their most important anchor – their owner.

A Special Bond Between Dogs And Their Owners

Previous studies that defined the relationship and bond between dogs and their owners supported the findings from Feuerbacher's team. A study from 2015 identified that dogs usually look to their owners for assurance in a strange environment to appease their discomfort. The same research also concluded that dogs used to a positive companionship with their owners show more confidence in checking out unfamiliar people if they are in a comfortable place.

Fuerbacher study, however, also sheds light on how shelter dogs bond with people potentially adopting them. Their team conducted another observational experiment by placing both shelter dogs and owned dogs with two strangers for at least 10 minutes. Researchers say that both types of dogs gravitated towards one stranger for attention more than the other stranger but could not yet explain the difference.

The experts, however, pointed out that the shelter dogs’ behavior indicated one clear thing. It showed they had a willingness to bond with a potential “new person” after abandonment.

While being in a shelter is a stressful situation for dogs, they apparently don’t long for their old home or their previous owner, the researchers stated.  Instead, they yearn for a new owner to take care of them.

READ NEXT: Research Suggests Hormonal Link to Bond Between Dogs and Humans