Home Dog Health 15 Tips on Dog Pregnancy and Whelping to Help You Through the... 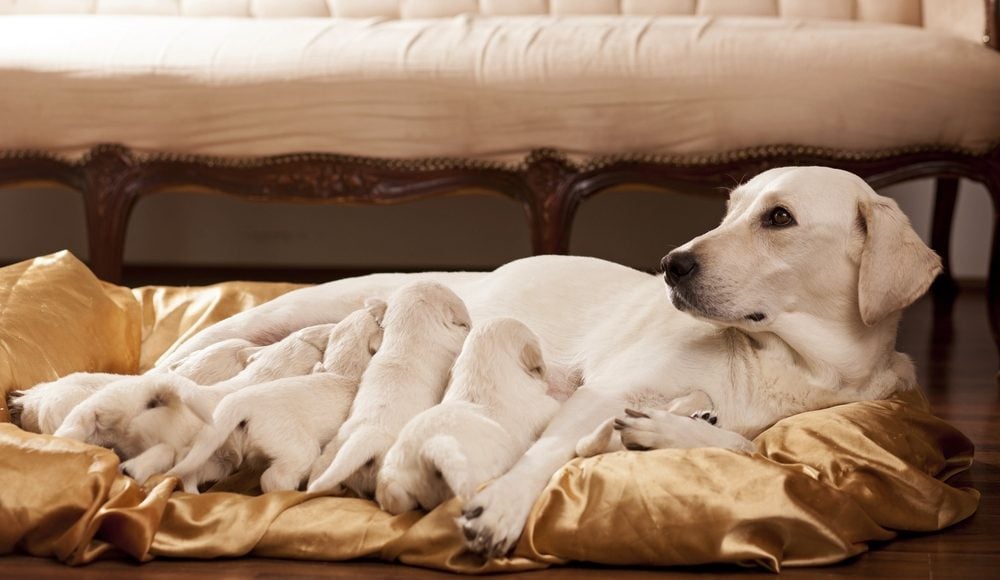 You’re expecting puppies, how exciting! Whelping is a term used to cover the entire process of birthing puppies, from the initial dog pregnancy to actual labor. This usually takes around 63 days, depending on the size of the litter. Larger litters sometimes whelp three or four days early, while smaller ones can be several days late.

You can expect to have as many as 15 puppies with larger breeds, while smaller dogs might have only one. The age of the dog makes a difference, too. Knowing what you’ll need and what’s going to happen is key.

Getting ready for your dog’s special day when she has her puppies is really important for her health and that of and her babies.

Get your whelping area ready early, and let your bitch move in about halfway through her dog pregnancy to get comfortable in her new space. Follow these tips to make the process as easy as possible for both you and your pregnant dog.

15 Tips on Dog Pregnancy and Whelping 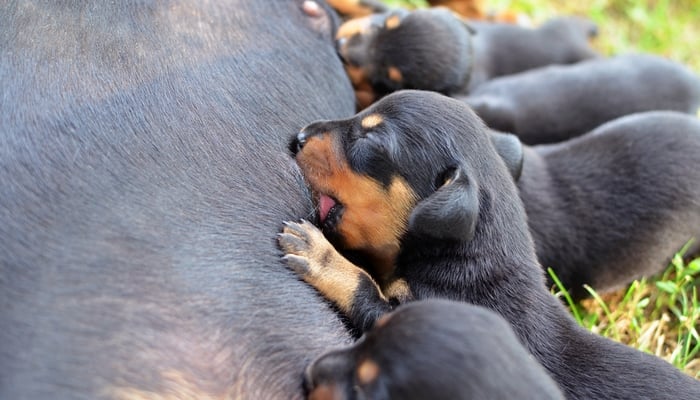 Confirm the dog pregnancy during the first 3–4 weeks after mating, so you can get personalized advice and start developing your puppy birth plan with your vet.

Sometimes, they’ll want to do an ultrasound as well, so you’ll know how many puppies to expect or to check for problems. If your dog is long-haired, have her back-end and tummy clipped before she’s due to make things easier for birth and help the puppies find her nipples. 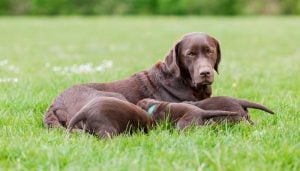 Just like in humans, pregnant female dogs will behave differently. Slight personality changes are common in pregnant bitches, but it’s best to keep their lives as close to routine as you can.

Make any changes as gradual as possible to avoid putting your pregnant dog through extra stress. Remember, dog pregnancy can be a difficult time, especially if it’s her first litter, so she’ll need more love and care from her owner.

Well-balanced nutrition should ideally start before conception, but in late dog pregnancy (during the last three or four weeks) she’ll need more food to prevent malnutrition. Labor can last anywhere from 4–36 hours, and your dog shouldn't be left alone at all during that time. Have everything ready to go and easily accessible. 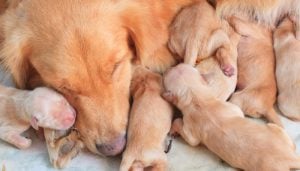 Just because the dog pregnancy is over, doesn't mean your work is done. Puppies can’t regulate their body temperature for at least a week, so they’ll need to be kept warm. Keep unnatural light to a minimum in the first three weeks too, while their eyes are still closed, and they can’t see or hear. Prepare an enclosed space where the pups can get used to light and sound gradually.

5 Think Inside the Box

Puppies grow quickly, but it’s better to have a smaller whelping box for the first week. This way the puppies won’t move around more than they need to. According to a study done in 1966, this will prevent mechanical damage in undeveloped joints caused by crawling around too much before they’re ready. 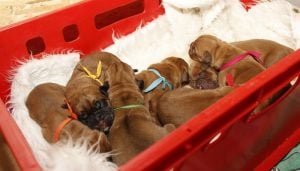 You'll need to have:

The box also has to suit the size of the mother. She needs to be able to easily get in and out without landing on her puppies, especially with larger, inexperienced bitches.

7 Know the Signs Of Labor and Birth

Your bitch may become restless and swollen or produce a small amount of discharge before giving birth. Panting, shaking and even vomiting are normal. The water sack will appear first and break, followed by the first puppy. The afterbirth can come next or with the next puppy, and you’ll need a place to dispose of it.

Be sure to have:

You’ll want to remember everything about this dog pregnancy, and it might be medically important too. Record puppy's weight, sex and any birthing problems. You’ll need these in the birthing area:

9 Learn to Cut the Umbilical Cord 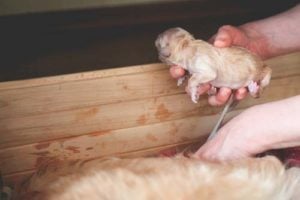 Don’t pull off the umbilical cord because it can cause umbilical hernia. Many bitches want to bite the cord themselves, and that’s fine; just make sure it gets done with each puppy.

Tie the cord two inches from the puppy and a second time another inch from there, then cut in between to prevent too much blood loss. Clean the part still attached to the puppy with antiseptic. The rest of the cord will drop off after a few days.

10 Know How to Give the Breath of Life

Rubbing puppies with a clean, dry towel after birth gets them warm and dry and can also stimulate breathing. Look for deformities, and listen for little squeaks, checking each puppy to make sure it’s breathing properly.

If it isn’t, don’t panic. Remove the water sack from its mouth and nose, then try clearing fluid from the airway with a bulb syringe. If that doesn’t work, try holding it at arm's length, upside down with its nose away from you, gently rocking it while supporting its head. If they don’t start breathing after 15 minutes, it’s time to give up.

11 Be Ready to Seek Help

If your dog is more than three days late giving birth, or if she’s been pushing for more than two hours without a puppy, take her to the vet right away. Dog pregnancy problems can be fatal to both the mother and her babies, so call a vet if anything goes wrong. Be prepared ahead of time take your dog to the vet in your car if you have to by having:

12 Remember When Close is too Close 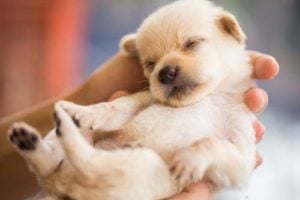 Bonding after birth between a mother and her babies is important, so give them space to let them get to know each other. If there’s a problem, you’ll need to move each puppy to a separate place once labor starts again, which can take anywhere from minutes to hours.

Gently encourage each puppy to nurse to get antibodies from the colostrum, but don’t worry if they’re too tired to do it right away. Try again in a few hours. The mother will probably clean herself and each puppy, but if she's too tired and doesn’t mind, you can help with clean, wet cloths or clean towels.

13 Give the Right Aftercare

After the last puppy is born, you can put the mother on a leash and take her to go to the bathroom outside. Then, offer her more water and something to eat away from her puppies. If she doesn’t want to leave her new babies, try carrying one for her, while keeping it warm and dry.

Next, call the vet to tell them you’ll be coming over in a few hours to have everyone looked at professionally. The bitch may get an oxytocin shot too, a special hormone that helps the uterus contract and expel any leftover contents.

The socialization of your new puppies takes time, and it’s a great responsibility to prevent behavior problems in the future, but it’s lots of fun too. After they’re 3–5 weeks old, slowly get your puppies used to domestic situations like household machines and other animals.

They'll also need to get used to different people and to be handled regularly for a minute or two. Just ask the guests to wash their hands first and to leave their shoes at the door. Familiarize the puppies with being in a vehicle too, especially a week before they move to their new homes. 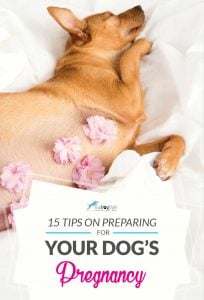 Did you know that spring and summer litters have fewer issues with hip displacement? Pups need to get outside and flex those growing muscles and legs by walking on natural surfaces once they’re old enough. Prepare a safe outdoor place for them to use when they’re ready, but be aware of the season.

They may need a heat lamp or a special outdoor enclosure. But, if the mother is an indoor dog, she’s not going to want to be separated from you with extra time outside, so don’t make any big changes.

READ NEXT: How to Start a Dog Breeding Business 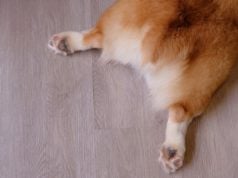 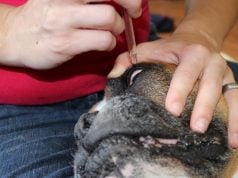 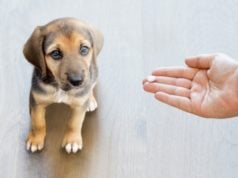 What to Give My Dog for Pain? 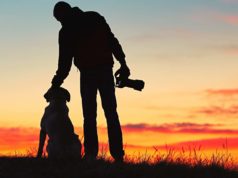 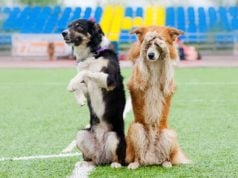 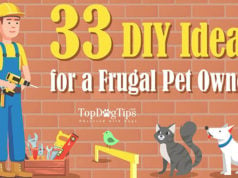 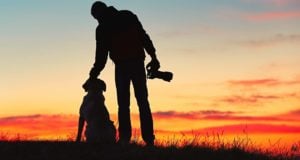 Camden Savage - Mar 30, 2020
Capturing the perfect photograph of your unsettling dog can be next to impossible with the tail wagging, constant movement, and continuous distractions. I've been... 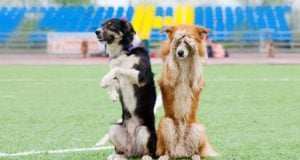 Patrick Lumontod - Mar 30, 2020
Have you gone through all the basic dog training and feeling a little adventurous? Want to teach a dog some some fun, advanced and... 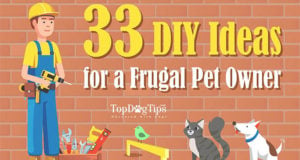 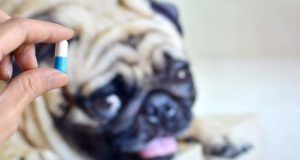 Probiotics and Prebiotics for Dogs: A Science-Based Guide

Diane Fisher, PhD - Mar 29, 2020
Probiotics and prebiotics can be a great addition to your dog’s daily routine; they help to maintain gut health and they have relatively few... 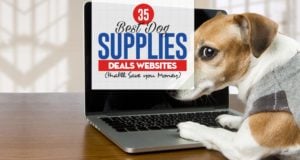 Diana Beth Miller - Mar 29, 2020
Caring for a dog can get expensive, but if you know where to shop for cheap dog supplies, you can often find incredible savings.... 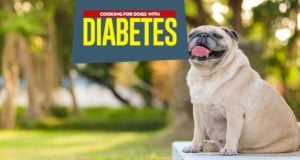 Dog Diabetes Diet: Vet’s Guide on What to Feed a Diabetic...

Amy Downs - Mar 28, 2020
Before you bring your new rescue dog home, you need to be prepared for both yours and your new pet's needs. Rescuing a dog... 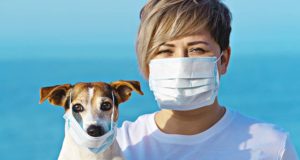 Rika Silva, MSc - Mar 27, 2020
Coronavirus, or Covid-19, is spreading across the world rapidly, causing lockdowns in most countries and forcing governments to take preventive measures meant to “flatten... 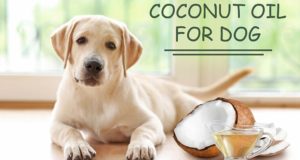 How to Use Coconut Oil for Dog Skin Problems (Based on...

Jackie Jurchenko, MSc - Mar 27, 2020
Coconut oil has become a health trend among humans in the past decade. Now, it's getting into the pet industry as well, thanks to... 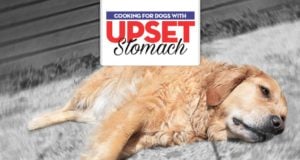 Kelly Pebworth, VT - Mar 26, 2020
Stomach upset in dogs is common, and most pet owners will have to deal with this at some point. Dietary changes will be key...