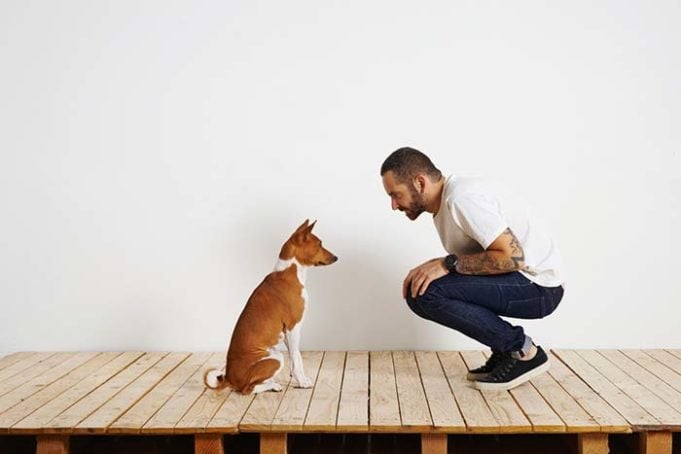 Scientists can finally explain how “dog-speak” and the way pet owners communicate with their dogs impacts and improves the social human-canine bond.

All of us who own dogs have been given at least one judgmental look from a passerby when we baby-talk to our pets. Previous research has shown that our voices take on a different frequency when we speak to dogs, too. But why is it important to do this and does it build a relationship between the dog and their owner? Research shows that dog-talking your dog is actually very beneficial for their behavior.

“We found that adult dogs were more likely to want to interact and spend time with the speaker that used dog-directed speech with dog-related content.”

While it has been proven that puppies benefit a lot from dog-talk, hasn't been many scientific studies on how adult dogs respond to it. It is a common misconception that once a dog reaches a certain age, you should stop dog-talking them because you would be dumbing them down.

However, for this new study, scientists from the University of York in the UK decided to test out just how beneficial was speaking to dogs in dog-talk. They wanted to focus specifically on older dogs, as that was a gap in the body of existing research.

The method used in the research was also unique. Most previous studies had broadcasted the human voice over a speaker system, while in this study the owners who took part with their pets were physically in the room with them. That way, the researchers could also observe the dogs' reaction to their owners' body language.

The Benefits Of High-Pitched Rhythmic Speech 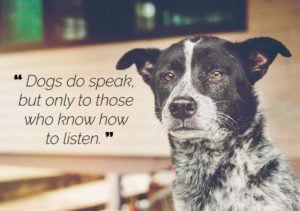 High-pitched rhythmic speech is also associated with babies, but this is the first study to explore if it actually benefits dogs in any way. The specific speech register that people use when dog-talking a dog is called infant-directed speech, one of the leaders of the project explained. It's also the voice that most adults use when talking to babies.

This register, while seemingly random, actually helps the baby build a relationship with the adult using it and it also helps speech acquisition. Now, we know that no matter how much we dog-talk a dog, they will never acquire speech (sadly). However, does it help with the bonding part of our relationship with our pets?

Another benefit of placing the owners in the same room as the dogs during the experiment is seeing if they were motivated to spend more time with the person using dog-talk around them.

What Will Get Your Dog’s Attention?

‘You're a good dog' will always get your dog's attention. The results showed that dogs would always steer more towards the person using dog-directed language and tone. When the language and tone types were mixed, the dogs showed no specific preference.

“Adult dogs need to hear dog-relevant words spoken in a high-pitched emotional voice in order to find it relevant.”

This indicates that both language and tone are equally important – dogs can only distinguish words of encouragement if they're said in a particular tone – like ‘you're a good dog' or ‘let's go for a walk' would sound very different in both tones but dogs would only understand them as something good if said in dog-talk.

This research will be beneficial not just for dog owners but also for rescue workers and vets. Especially when it comes to working with vulnerable animals, it's very difficult to figure out ways to get them to trust you. Now, rescue workers can look to combine dog-related tone with dog-related language for the best results in gaining a dog's trust.

What this goes to show is that you should always dog-talk your dog as it only benefits your relationship and their happiness.

READ NEXT: Your Dog Knows About Your Goals and Thinks They’re Not Up to Snuff