An Oklahoma dog recently underwent a life-saving surgery after she ingested a record number of pacifiers and left her doctor stunned.

Meet Dovey the Shar-Pei. She is a 40-pound adorable and cuddly pup, who is affectionately called “Lovey Dovey” by her parents.

A few days ago, Dovey’s parents noticed that she was throwing up, rapidly losing weight, and just plain not acting right.

They rushed her to the vet. Her doctor, Dr. Chris Rispoli, has been caring for her since she was a puppy. He was immediately shocked at her appearance. She was clearly exhibiting weight loss and sudden illness.

During the round of questioning by the vet, everyone deduced what the issue might be.

Dovey’s family has a 6-month old baby in the house. Recently, a lot of pacifiers have gone missing.

RELATED: Digestive System Breakdown: What Dogs Can and Cannot Digest

Dovey’s dad attributed it to the typical absent-mindedness that comes with parenting a newborn. He figured the pacifiers were left at restaurants, were lodged in the couch, and so on.

But Dovey’s grandmother had actually caught her snagging one of the pacifiers off the countertop.

At this revelation, Dr. Rispoli, decided to immediately conduct X-rays. And he was astonished at what he saw.

He saw a mound of “binkies” in her stomach, and saw immediately that they were each too big to make it through the digestive tract. This meant they needed to open her up for surgery, and immediately.

Dr. Rispoli, along with the rest of the staff at Gentle Care Animal Hospital, went to work on Dovey. They were expecting to pull out 7 or 8 pacifiers.

Instead, the “binkies” just kept coming out, one after the other…for a grand total of 21.

Rispoli said that in 20 years, this was the craziest surgery he has ever performed. He said they have pulled out other undigestible objects, such as socks, corn cobs, and even underwear – but never pacifiers.

Dovey will make a full recovery. But Dr. Rispoli wants to remind the public of one simple, yet crucial to-do: put objects away. Hide them from your dog, who just might eat something no matter how ridiculous it may seem. 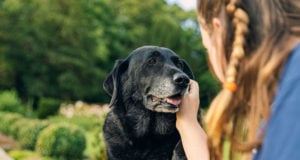 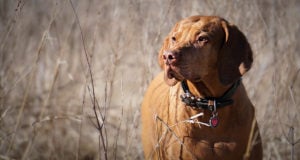