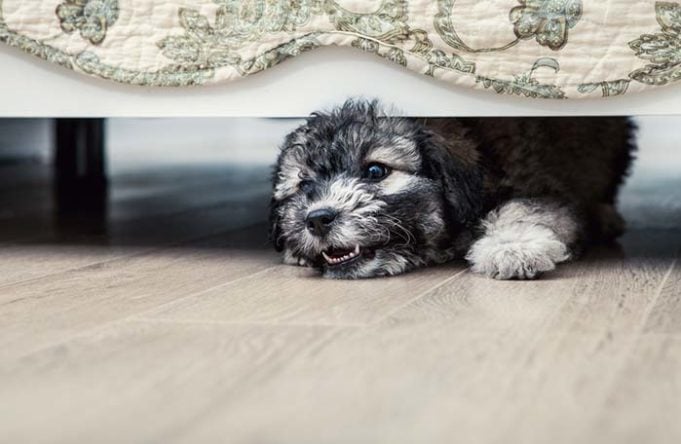 New research shows that some types of fear and aggression in dogs are genetic, and can be divided into fear of the familiar and fear of the unfamiliar.

Is your dog anxious or fearful, to the point of showing aggression toward dogs or humans? If you have a dog with this behavioral issue and aren’t sure where you are going wrong, you can stop worrying. Science may have found an answer – in dogs’ genes.

This research was conducted by researchers at Nationwide Children's Hospital.

Anxiety Is Common, But Misunderstood

Out of all the mental illnesses reported in the United States, anxiety disorders are the most common. While science has a firm understanding of the biochemistry behind anxiety, little is currently known about the genetic causes for it.

Researchers sought to find specific genes related to fear and aggression, and were successful in their endeavor. Scientists identified about 12 genes in dogs associated with these behaviors and mindsets.

These findings have significance not only for canine behavioral issues, but will likely contribute positively to the study and treatment of human anxiety issues as well.

Why Genetic Causes for Anxiety are Important 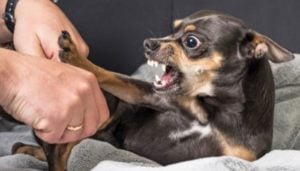 These findings will lead to better treatment options going forward, for both dogs and humans alike.

Carlos Alvarez, PhD, is the principal investigator in the Center for Molecular and Human Genetics in The Research Institute at Nationwide Children's Hospital. According to Alvarez, the researchers’ strongest focus is on the genes specifically related to aggression and fear of unfamiliar dogs and humans. These genes are associated with other genes which are located at a highly significant neural pathway in the brain called the amygdala to hypothalamic-pituitary-adrenal axis.

There are both short-term and long-term positive implications for these findings. In the immediate future, veterinary medicine can perform genetic testing for specific types of fear and aggression, and devise more effective treatment for canine patients going forward.

In the long run, adults and children with anxiety may also be afforded genetically targeted treatments, which will mean more effective treatments for anxiety in humans as well.

Of important note is that these fears and behaviors can occur in any dog.

The risk variants are not breed-specific; they are common across dog breeds. This is highly beneficial for medical professionals, as it provides the ideal test bed for developing new therapies which target these specific biochemical patterns.

Determining which neuronal circuits are affected by these genes will hopefully lead scientists to create drugs which encourage positive behaviors and suppress negative behaviors. And doctors then may avoid inadvertently treating patients for symptoms they don’t have, which can lead to negative side effects.

Once these new drugs are developed, they can immediately be tested on canine patients (with owner consent). If these treatments prove effective in dogs, researchers can then start applying those treatments to humans afflicted with similar conditions.

Knowing which pathways are affected in which way could also provide doctors with biomarkers, which can then be used to identify those patients most likely to respond positively to the new treatments.

A Brighter Future Ahead for Fearful Dogs

According to Dr. Alvarez, this is only the beginning of this project. He states that he and his team will continue to identify genes associated with fearful and aggressive behaviors in dogs, and will expand breeds being studied in order to provide more validation of results.

If you think your dog may be fearful, aggressive, or anxious, please consult your vet. Medication could be a great option, especially if you need to prevent bites. Finding a medication can mean deciding dogs get to live a happy and healthy life instead of potentially being euthanized for fears and behaviors which are not their fault.

This research should provide more understanding of what may be causing your dog to act in ways which may not be ideal. If you have exhausted your training resources and are providing a comfortable environment for your dogs, it’s possible that your pet may just have been born ready to be afraid of people and other dogs.

READ NEXT: How Pheromone Collars Reduce Fear and Anxiety in Dogs