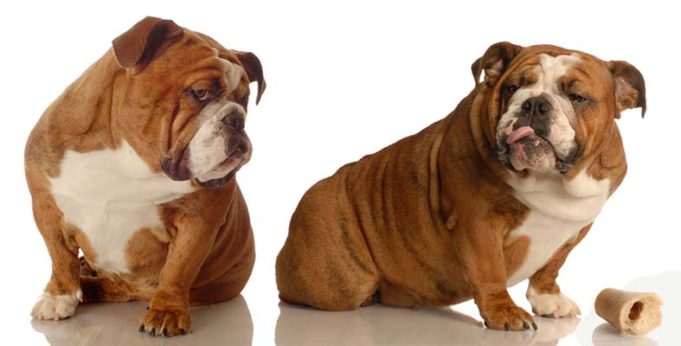 Dogs and wolves were recently found to be very sensitive to a lack of fairness – the same sensitivity shown (and long known) in us, humans.

It turns out dogs dislike unfairness and injustice just as much as we do, and they are pretty good at recognizing this as well. A new study finds that dogs and even wild wolves react to inequity (the lack of fairness or justice) the same way humans and primates do.

In this research, scientists observed how canines demonstrated a refusal to cooperate in an experiment when only one partner received a treat reward, or when they themselves received a reward of lower quality, showing their awareness of the situation.

The research was conducted by comparative psychologists at the Messerli Research Institute of the University of Veterinary Medicine, located in Vienna. The results were published in the Current Biology journal.

Recognizing unfair treatment is an important social skill in humans. It is specifically significant for cooperation with others. Non-humans primates also embrace this trait.

Until now, recognition of inequity has not been studied in other species. But other studies conducted with dogs concluded that canines are at least indicative of “inequity aversion” (disliking injustice). For example, dogs showed that they did not like when they didn’t get food but their partners did.

Until now, this skill has been assumed to be an adaptation on the part of domesticated dogs. In other words, scientists believed dogs were learning this behavior from the humans who kept them, assuming it's us who taught canines this sensitivity.

There was even a study conducted in 2008 by researchers from Emory University that showed how dogs are aware of inequity, and posing some important questions on why dogs are so sensitive to injustice.

Now, this new study disproved the “inequity awareness through domestication” theory – scientists went one step further to conclude that non-domesticated animals like wild wolves have the same exact aversion.

RELATED: Study Shows Why Some Dogs Are More Independent Than Others

The animals were made to press a buzzer to receive treats. If they pressed it and received no treat or a lower quality reward treat than their partner received, they then refused to keep participating in the experiment.

Interestingly, when no partner was present, animals continued participating in the experiment. The partner is the part which makes justice or fairness a factor in the observed behavior.

Both wild wolves and domesticated dogs demonstrated the same exact behavior. So, human behavior was discounted as a factor in this trend.

In the quality tests (as opposed to the no-reward tests), wolves were shown to be more sensitive than domesticated dogs.

How Hierarchy Plays A Role

An additional factor in the results was the rank of each dog or wolf in their pack. Animals with a higher rank became more quickly frustrated. This is likely due to the fact that they are not accustomed to lesser treatment.

Those of lower rank are more used to preferential treatment not favoring them, so it took these animals longer to get fed up with the unfair treatment of the study.

After the experiments, researchers also wanted to see how much each animal held on to a grudge. Wolves were shown to be much more aloof to humans after the experiments were finished; domestic dogs tended to go right back to their usual loving interactions with people – even if they did not live directly with humans at the time.

This demonstrates that though this trait looks to be separate from domestication, domestication can still affect the behavior of dogs.

This could help explain the very obvious jealous tendencies that all of us dog owners have observed our pups displaying in a multi-pet household!

So if you think you might be treating one of your dogs better or giving it more attention than another, science says you may want to attempt shifting that treatment to be more fair and equal – because your dog likely understands what is going on quite well.

READ NEXT: Study on Why Dogs Share Food With Their Friends, Not Strangers