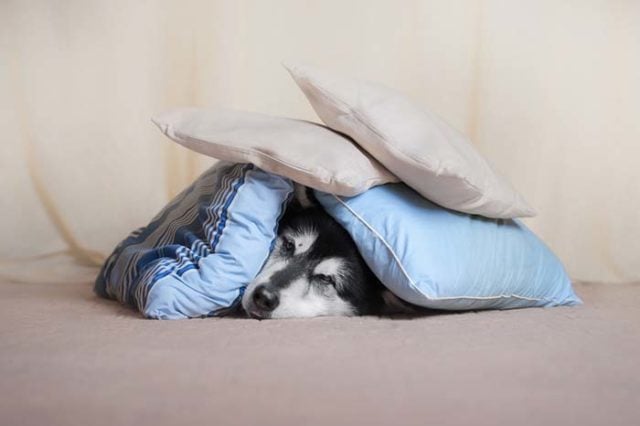 Noise sensitivity in dogs that often results in anxiety is related to loud, surprising noises. However, a new study from a collaborative group of behavioral scientists from the UK and Brazil has suggested that if a dog expresses signs of this unusually often, then it's time for a vet visit. According to the new research, sudden sensitivity to loud noises in dogs may be a symptom of an undiagnosed pain condition.

In an attempt to bring more awareness to the symptoms of chronic pain in dogs, researchers from the UK and Brazil have tested several cases with canines whose owners had reported an increased fear of noise and particularly clear sensitivity to loud, surprising noises.

The results showed that animals with musculoskeletal pain had increased levels of noise sensitivity, which goes to show that this is a symptom of pain in dogs. This is the first global study to explore this phenomenon and researchers hope that its results will encourage both owners and vets to pay more attention to noise sensitivity as a potential symptom.

Fear of Startling Noises Comes Back to the Power Of Association 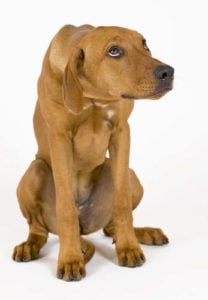 In order to get the best results, the scientists looked at two groups of dogs – those who already had been diagnosed with musculoskeletal conditions that could cause chronic pain, and those who hadn't. Both groups of dogs showed the same symptoms of anxiety when faced with a variety of startling noises such as thunderstorms, cars starting, airplanes, gunshots, motorbikes, and fireworks.

A behavior of shaking, trembling, hiding and barking was examined in both groups. However, dogs from the first group were better equipped to avoid spaces associated with startling, loud noises, whereas dogs from the second group tended to unintentionally go back to those spaces.

What About Dogs with Existing Musculoskeletal Conditions?

The dogs with already known existing musculoskeletal conditions also showed signs of noise anxiety much later in life than the other group.

It has then been determined that the fear that dogs experience is not associated with the noise but with the sudden movement that they make when the noise happens, which causes them more pain. If there is an existing condition, it's very likely that important joints and muscles will be inflamed. The dogs with undiagnosed conditions began associating the loud noise with the sharp pain – which increased their cortisol levels (amount of stress) and their anxiety levels.

Dogs with previously undiagnosed conditions were treated and showed a great improvement in relation to their noise anxiety. This is one of the cases when age is just a number. Musculoskeletal conditions can affect dogs of all ages; however, the study shows that it's normally owners of older dogs who are more keen on seeking help.

It's because owners of senior dogs are already expecting health problems from aging dogs and, additionally, it's easier for behavioral changes to be spotted in older dogs. With young pups, any behavior change is normally chalked up to their changing nature.

In addition to this study, the dogs with previously undiagnosed conditions were also treated. As the pain subsided, several of them showed signs of reduced anxiety when it came to loud noises.

While this may come as good news to some dog owners, researchers warn that one shoe does not always fit all dogs. Sometimes, noise-related anxiety may be a signal of a deeper behavioral issue. Scientists warn that vet consultation is always the best practice – and sometimes, additional behavioral training is required for the dog to get over their fear.

Either way, if your dog is struggling with the sound of passing cars or thunderstorms, try to plan a trip to the vet soon. There's nothing wrong with being cautious – and science shows that there is a clear correlation between noise anxiety and chronic pain in dogs.

READ NEXT: The Ultimate Guide on Pain Management for Dogs