A new study confirms that, like us, dogs experience interrupted sleep patterns when dealing with stressful situations.

While we understand that our dogs are emotional creatures who can get worried, sad, or stressed just like we do, it’s sometimes hard to imagine how a dog might be feeling at any given time.

Science is slowly proving that we should just imagine how we’d feel, and then we’d have the answer.

More and more, science is helping us to understand that dogs are more like humans than we once believed.

When you experience stress or have a negative encounter, it is likely you won’t sleep well. Turns out, if your dog is experiencing stress or anxiety at all, he or she probably isn’t sleeping well, either.

Researchers at the Hungarian Academy of Sciences conducted a study looking at the effect of positive and negative experiences on dog, particularly with regard to their sleep patterns.

According to the study, this has been widely studied in humans and rodents, there isn’t a whole lot of scientific evidence on the topic when it comes to dogs.

In the study, 16 dogs were exposed to non-invasive positive and negative experiences, and then given 3 hours to sleep with their brain activity measured before, during and afterward.

RELATED: 12 Signs Your Dog is Stressed

Each test was separated by a number of days (subject to the owners’ availability), so as to not impose too much stress on the dogs.

After each experience the dogs were allowed to go to a sleeping space.

Conclusions from the Study

Surprisingly, the dogs undergoing stress were actually able to fall asleep more quickly. The scientists surmise that this is an emotional response intended to help the dog quickly escape their negative emotions.

But these dogs also spent more time in the REM cycle, which is not a deep sleep. The brain is more active in REM, therefore the sleep experienced at this stage is not very sound.

Ultimately, it turns out that though dogs can fall asleep quicker than humans while under stress, they actually still get less sleep than when they aren’t stressed, due to remaining in the REM cycle for too long.

In addition, this experiment concluded that the personalities of the dogs affected their responses to the treatments offered.

The researchers indicated that their next step is to investigate more of the individual differences (such as emotional reactivity or age) to get better data around how stress can affect dogs.

This research can lead to a lot of beneficial developments for dogs and dog owners alike.

One researcher suspected that shelter dogs weren’t getting much sleep, and thought it might be affecting their ability to get adopted. So, she arranged for some shelter dogs to have sleepovers, and observed their behavior afterward.

Turns out, she was right! Dogs who got taken away from their stressful environment for a while got much better sleep, and returned to the shelter much less stressed out.

This, in turn, resulted in potential adopters getting a better idea of how the dog behaves naturally instead of encountering a stressed out dog having a bad day.

This means better adoptions rates, and better experiences for the adopters overall!

Like humans, dogs' entire lives are likely affected by their sleeping habits. So, try to make sure your pup is getting everything he or she needs to get a peaceful night’s sleep. 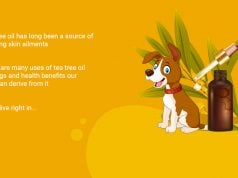