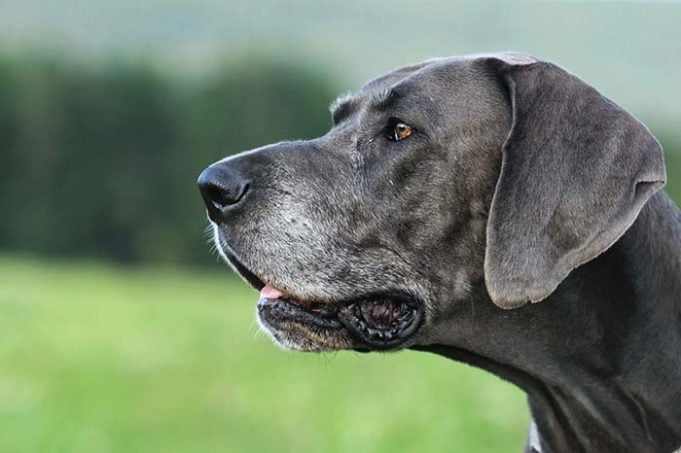 Scientists looked into why dogs younger than four years old have graying hair around their muzzle and the results surprised them.

Gray hair is part of aging and both humans and dogs go through this process. Have you ever noticed how the muzzle of a senior dog turns white? But just like humans, these pets can also develop premature graying hair and it's apparently linked to stress, anxiety, and impulsivity.

“Based on my years of experience observing and working with dogs, I've long had a suspicion that dogs with higher levels of anxiety and impulsiveness also show increased muzzle grayness.”

Famous animal advocate and scientist Temple Gradin conducted a study on why younger dogs develop gray hair with experts from the Northern Illinois University. They visited several veterinary clinics, dog parks, and dog shows to examine at least 400 dogs between the ages of one to four and gather data from their owners.

The experts photographed and labeled each dog based on the degree of their gray hair, while the owners answered a series of questions relating to the dogs' behavior, medical issues, size, age, and gender. The owners were also asked about the activities they do with their dogs.

From the data culled, the researchers concluded that those dogs whose owners reported anxiety and impulse behaviors appeared to have more prominent gray hair on the muzzle. The extent of the grayness also correlated with the dogs' age, size, and gender.

The study findings were published in the Applied Animal Behaviour Science.

Grandin told CNN that she did not expect the results, knowing that it's unusual to find gray hair in dogs as young as 4-years-old. Incidentally, Gradin took interest in this study when lead author and animal behaviorist Camille King told her how she was struck by the idea that presidents go through premature graying hair because of their stressful jobs. King apparently noticed premature graying hair in dogs before and wondered if it’s also stress-related.

The study underscored the similarities in humans and dogs and the links of gray hair and stress. It helped shed light on how dogs might be struggling with impulse control, anxiety, and fear. The premature graying of hair should give dog owners, veterinarians or trainers some clues of underlying behavioral issues that may require intervention or evaluation.

There are a lot of factors that might cause stress in dogs. As house pets, they don't have the total freedom to wander off or explore what's around them or do things based on their instinct. They need to be trained to learn behaviors to be able to live well alongside their human companions.

But such control from humans might be the source of stress, especially for dogs that resist or disobey training. Other factors that can contribute to their stress levels include boredom, going off their routines, being in a new environment, or encountering unfamiliar people.

One way of easing the stress is to provide dogs ample time to play outdoors and exercise. They need to get their regular physical and mental stimulation, and depriving them, through indoor confinement, would likely raise their stress levels.

However, Matt Kaeberlein of the Dog Aging Project, also told CNN that while the study had merits, pet owners shouldn't be too quick to assume their dog is stressed just because there's prematurely graying hair. Sometimes, the early manifestations might be genetic, which the study didn't explore. 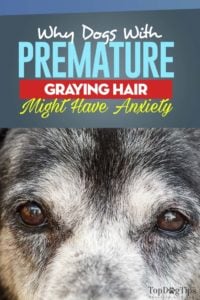 Therefore, aside from graying hair, pet owners must watch out for these signs of stress in dogs and consider intervention accordingly:

READ NEXT: 12 Signs Your Dog Is Stressed