Even people that aren’t dog lovers can still appreciate an adorable canine face when they see one. That’s why greeting cards and gifts with dog faces on them are so popular. Whether you’re lonely, ill, or just feeling blue, a silly dog face can always make you smile. At least that’s what the folks at From Frank LLC believe.

Company founder Kate Smith said that the entire business is built around her dog Frank, a delightful French bulldog whose main goal in life is to make people smile. Since Frank is not allowed to wander far from home, he makes humans smile with cute greeting cards and gifts bearing his face and the faces of some of his friends.

Obviously, the products are not actually made by dogs, but they are made to look that way with rough edges and bits of masking tape. Smith describes Frank’s personality as quirky with a little brilliant naughtiness mixed in. She says he behaves 90 percent of the time, but likes to stir up trouble with the other 10 percent.

From Frank has grown from a sketchbook concept in 2008 to a company with numerous licensed products that are sold in nearly 10,000 stores and are available worldwide. Smith received her bachelor’s degree in visual communication design in 2005 from Purdue University, but says she couldn’t find satisfaction working in graphic design or marketing.

In 2008 she was offered a job at the Dearing Group to develop a greeting card business based on Frank. Once she got the brand and the look nailed down it didn’t take long to write the captions for the cards. Smith launched the greeting card line in 2011 and from there her and her husband, Ryan, attended the stationary industry show in New York and made a lot of connections with industry veterans.

RELATED: 8 Ways to Work with Dogs as a Professional

It was at that show that the Smith’s signed on with Recycled Paper Greetings, a division of American Greetings, and Target also found the couple. The retail giant chose 12 of the 48 cards that the Smith’s presented. By the summer of 2013, From Frank greeting cards were on display in Target stores across the United States.

Last year the couple decided to bring a licensing agent on board to expand the brand and the product line. Smith says they now have 11 licensees that license everything from lottery tickets to calendars, to coffee mugs. Other companies are able to develop products based on the From Frank style guide and then Smith modifies or approves the proposals. 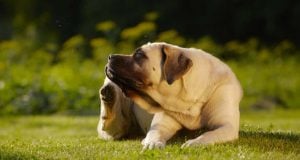 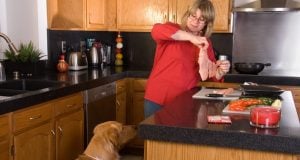 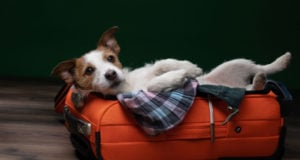