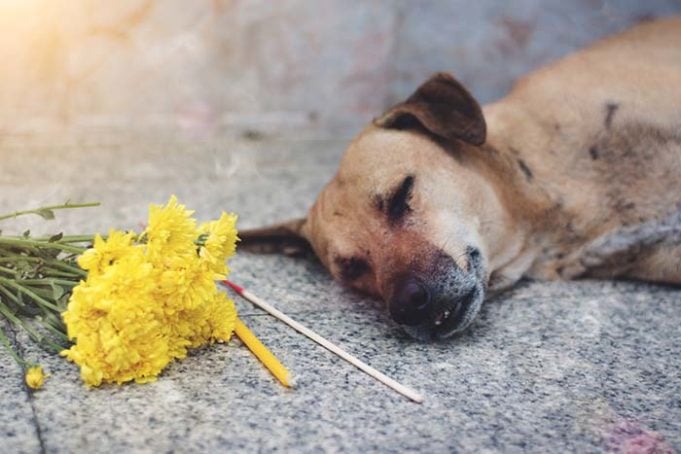 Scientists say that a pet’s death is a serious matter that can result in a significant emotional distress, and it’s important that pet owner's grief is processed properly.

It's emotionally devastating to lose a pet, no matter what kind it is. Because humans form a special and unbreakable bond with their dogs, cats, fish or lizards, their deaths can be too unbearable and could hurt more than human loss.

“I cried for days. I couldn’t get any work done. And worst of all, I was too embarrassed about it to tell anyone, even my old soccer teammates who loved Delia. I spent days at work crying in private and muttering “allergies” whenever someone glanced at my puffy eyes.”

A new study in the New England Journal of Medicine looked into the case of a 61-year-old woman who was sent to the emergency room after the death of her dog, a Yorkshire terrier. She complained of severe chest pains and was given medications to alleviate her condition.

Although the woman recovered, doctors diagnosed that she suffered from takotsubo cardiomyopathy, with a pain similar to a heart attack. The condition is also known as a broken-heart syndrome; she really had her heart broken after her dog died.

The Value Of Social Support After A Pet's Death

Grief over a pet's death is real but then society normally doesn't see it this way. Sometimes, those who are grieving might hear words or sense behaviors that only make the heartache worst. To be told, “It's just a dog,” could feel like an insult. When a person is shamed or isolated into feeling devastated because of a pet's death, then the lack of support can lead to even more emotional stress.

Doug, who recently lost a pet he's had for seventeen years, was going through that exact experience. He was too embarrassed to tell anyone because pet loss isn't taken as seriously as human loss in most social circles, he told in an interview for Scientific American.

Experts say that grief this intense must be properly processed or acknowledged. It's vital for pet owners to have a good social support system to be able to deal with the loss well, especially if they won't be able to do their daily routines normally for a while.

A Very Important Source Of Love

Pets are the source of unconditional love, acceptance, comfort, and companionship. They bring joy and relief from anxiety and stress to their owners.  In some homes, pets are seen as part of the family. Like children, pet parents post their photos and videos or share anecdotes about their antics.

Their death means the loss of this important source of love. To the owners, their death is like losing a part of themselves. It brings a big void in their life.

RELATED: The Rainbow Bridge – What to Do When Your Dog Dies

Pet Death Is Hard for Any Age 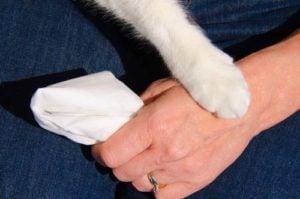 To lose a pet is hard on kids too and it's important to help them process this intense pain at such a young age. Parents, for example, can come up with a memorial for the pet so that the child will understand that it's okay to grieve and not keep his emotions.

Roxanne Hawn wrote in the book, “Heart Dog: Surviving the Loss of Your Canine Soul Mate,” suggests for parents to sit down with their children and write happy memories with their pet in strips of colorful paper that will be placed in a happy jar. In sad times, family members can pick from this jar and recall those happy times to help them feel better.

Losing a pet as an adult or senior citizen doesn't make the experience any less trivial, however, just because the owner is older and supposedly more attuned to his or her emotions. Companies in the U.S. are actually starting to recognize the need for a pet bereavement leave to allow employees to take a few days off from work, so they can properly mourn the death.

Pet owners might need to reorganize their routines to deal with the loss.  For instance, if you’re not too keen to go back to your daily walk or run, because your dog is no longer with you, find another way to continue with your exercises. If looking at cat videos online triggers you, find other forms of amusement on the Internet.

In some cases, seeking therapy or counseling to talk about your grief can be a big help. Some people turn to bereavement groups on Facebook, or perhaps your animal clinic has a recommendation.

READ NEXT: 7 Tips To Help You Deal With the Loss of A Pet