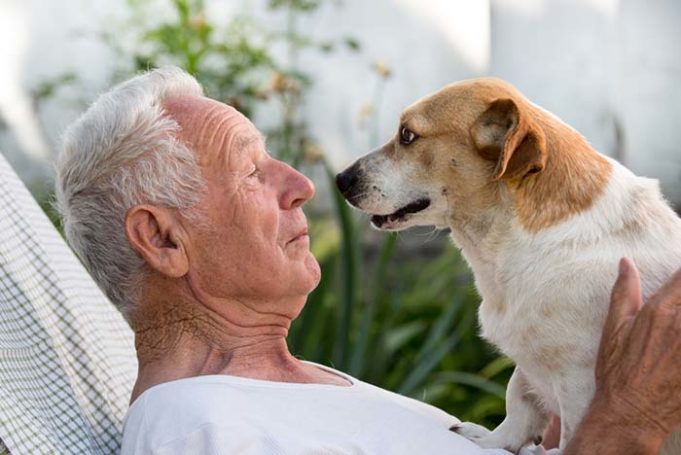 Dogs are attuned to the reactions of humans more than we thought, and a recent scientific experiment has taught researchers just how much our best friends know just from looking at our faces.

Dogs usually respond to their human's voices and sounds. When their humans reprimand using a stern voice, they react by avoiding eye contact or hiding away in a safe place. But a new study has revealed that man’s furry companion can also tell if his owner is happy or mad just by simply looking at the expression on his face.

“Along the way, dogs have been bred for certain traits, and one of the traits would be the ability to read us.”

Experts from the University of Vienna conducted a study to determine how dogs perceive their humans' facial cues. Can dogs tell if humans are happy or mad? Can they tell their owner's expressions from another person? Do dogs also exploit what they know about their human’s expressions for their own benefit?

Is It A Smile Or A Frown?

The study enlisted 11 dogs of different breeds, both pure and mixed. In exchange for treats, the experts trained the dogs to identify a human's smile or a frown using a touchscreen device. The dogs were shown images as either the top half or bottom half of the face since happy or mad expressions could be seen in the mouth, the eyes, and eyebrows. Their findings were published in the Current Biology journal.

Following the training, the experts tested the dogs' knowledge based on different stimuli. They used variations of the training images, as well as added photos of new faces. The researchers also added new images showing just the left half of the human faces. This is because dogs normally prefer to look at humans from the left side, according to the experts' interview via National Geographic.

Dogs Know What You're Feeling

The 11 dogs successfully identified the expressions test after test, regardless if it were the images used in the training or the new faces. It indicated that their choices weren't just random chances. Further, the experts said that the dogs were able to apply what they learned from the training even for the new faces. The study authors concluded that their test subjects can actually discriminate a human's smile or frown, including the ones they have never seen before.

These animals, however, took some time to pick out the angry faces than the happy faces. Even if there was a reward for properly identifying the appropriate expression, the dogs were more inclined to point out the happy faces faster than the mad ones.

Study author Corsin Müller explained that the dogs might have responded slower to frowns or scowls perhaps because they understand not to mess with a human when he's angry. The result was an indication that apart from identifying human expressions, dogs also know what those human facial cues mean.

This new study comes in support to a 2013 study with yawning pets that demonstrated how dogs can feel our emotions.

“Because they spend so much time with humans, they have a lot of opportunities to see human expressions.”

The experiment proved the impact of the interaction humans have with their furry best friend. The researchers, however, can't fully determine if the domestication of dogs during evolution was a big factor to the positive results.

The successful performance these canines demonstrated in the study might also be because dogs are social species like humans. They can vocalize their emotions by barking, howling, or growling, and they have facial expressions too. Since dogs have become adaptive to the behaviors of other species they interact with, the expert said that they learned to anticipate a reaction as well.

The researchers also said that it might help to also study the responses of other animals with a lot of exposure to humans, such as hand-raised wolves, cats, pigs, or apes, in further studies.

READ NEXT: Emotionally Dogs Are Closer to Humans Than Chimps Are, Study Finds