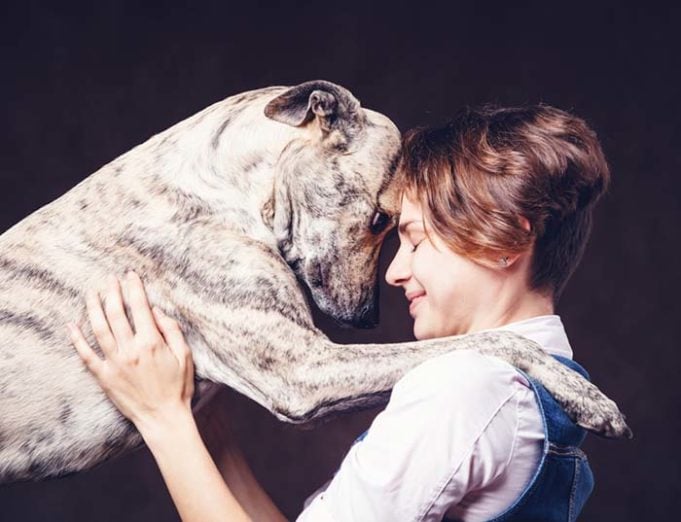 Apparently, your smile has a bewitching effect on your dog and a dog's brain lights up actively when they see you flash that happy look.

Do you ever wonder if your dog sees the smile on your face? Do you think they recognize this smile as an expression of happiness? Are they aware that your smile is a good sign?

According to a study from the National Autonomous University of Mexico, dogs can actually read your emotions clearly well and they do love that you smile at them. Dogs are not just recognizing the happiness in your voice, as per previous studies, but they are also keenly aware of your expressions.

The experts have long discovered that dogs can recognize human emotions. These animals can also distinguish between a good and a bad expression, and then adjust their behavior according to their owners' emotions.

But what neural mechanisms are at play when this happens in dogs? What controls their ability to recognize their owner's expressions?

For this study, the researchers taught eight dogs, mostly of the Border Collie breed, to lie down on an MRI scanner to get a proper reading. The pets were shown photos of different humans with various expressions ranging from a smile to a sad face, to an angry face.

The dogs' brain activity increased around their temporal cortex and caudate areas after they were shown the photos of the smiling humans. The temporal cortex is a part of the brain that processes information. The caudate involves neurons that light up when predicating learning and rewards.

The dogs' reactions made researchers conclude that these animals can distinctly identify a happy human's face or smile. In fact, their brain activities were so sharp after seeing photos of the smiling faces that the experts are confident a machine learning program can be developed because of this. It could help humans communicate and understand their dogs better.

An Increase in the Love Hormone

This isn't the first study to conclude that dogs can sense their humans' fondness and love for them. Another research published in the journal Frontiers of Psychology learned that a dog's oxytocin level increases up to 130 percent when they get an appropriate hug or kiss from their owner. 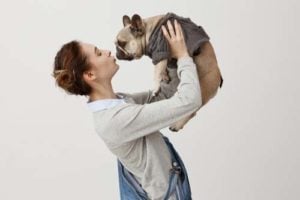 The oxytocin is also known as the love hormone that builds bonds between humans. It’s more evident in the bond between a mother and her newborn child. But apparently, it also strengthens bonds between human and animal. When you hug or kiss your dog, your oxytocin level raises up to 300 percent.

The same study also determined that dogs would respond better to their owners' loving and happy faces than angry faces. It showed that the increase of the love hormone also increases their trust for their humans.

Experts also tracked the dogs' eye movement and pupil activity to determine their response to negative and positive emotions. When the dogs were uncomfortable or scared, its pupils became dilated but the opposite happened when they saw happy human faces.

The Intelligence of Dogs

Dogs are so good at picking cues from their humans whenever they are around them. But amazingly, even with pictures, they can also distinguish human emotions quite well.

As these studies indicate, dogs are not just smart. They also have emotional intelligence that makes them better companions for humans than other animals. Now that you know your smile's effect on them, you can use this in their training and behavioral conditioning since dogs get more engaged to you if you show that you're happy.

READ NEXT: 10 Ways Dogs Communicate Their Sense of Humor According to Science