Home Dog Science The Science Behind Oxytocin and Puppy Love

For those of us who are dog owners, we know that “puppy love” feeling we get when our furry companion runs up to us with a wagging tail, smile in his eyes and an expression that says “I love you! Love me, Love me!” For many people who don’t own dogs, it may be hard for them to understand the deep companionship that exists between a faithful pooch and his master.

Owning a dog is much more than the mere possession of a pet. It’s an unfolding friendship where your dog becomes a family member that shares life together with you.

Because of this deep connection, it isn’t uncommon for dog owners to imagine their pets as animals who are capable of love and empathy, and relate to them the way we relate to our own children.

But, is it just our perception and delusions, or is there a scientific reason for our complete devotion to each other?

This article is going to take a look at oxytocin, a hormone that has been associated with the feeling of love. We'll look at the scientific research behind this association and what it has to do with dogs and their humans.

The Science Behind Oxytocin
Do our dogs really love us and why? 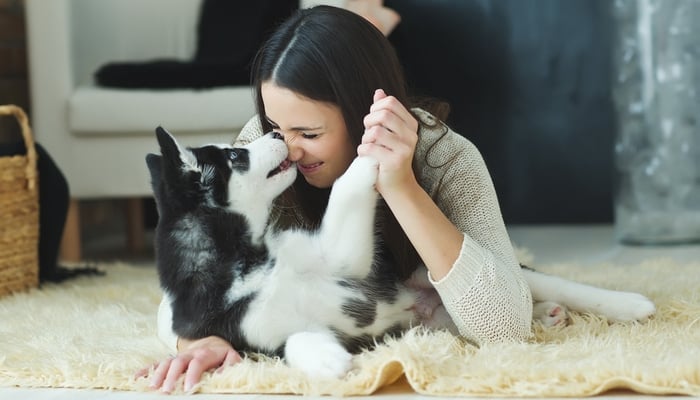 A recent scientific study investigated this common perception of dogs. A group of researchers from Japan took a look at how oxytocin promotes social bonding in dogs and what this means for dog owners.

Oxytocin is an important hormone that aids mothers during childbirth and creates the intimate bond between a child and mother. It is commonly referred to as the “love hormone” because it increases the ability of mammals to trust and form healthy social relationships.

The health benefits of long-term relationships between dogs and humans have been explored as a possible evolutionary explanation regarding why humans and dogs can have social bonds today. However, the role of oxytocin in these relationships had not been explored until this study was done.

In that study, scientists performed a series of experiments that were designed to determine how oxytocin in dogs affects and is affected by social interactions. The study tested social interactions of a dog towards its human owner and other fellow dogs. 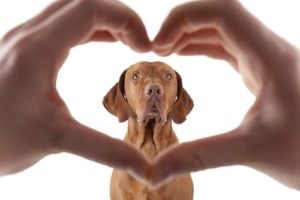 First, the experimenters took a group of dogs and sprayed oxytocin into their nostrils for a boosted oxytocin level. They then compared these dogs to a saline spray control group of dogs. The scientists observed whether or not the dogs with elevated oxytocin levels were more social and cooperative with their human owners and other dogs.

Secondly, the experiment took a group of dogs that had natural oxytocin levels and measured the increase or decrease in oxytocin after spending interactive time with other dogs or with their owner. They looked carefully at the difference between active social interaction (petting, talking to the dog) and nonactive social interaction (where the dog attempted to connect with its owner but was gently pushed away or ignored).

RECOMMENDED: Does My Dog Love Me? Myths and Facts About Dog Emotion

What did the researchers find?

Not surprisingly, the researchers found oxytocin to be a powerful social stimulant. The first group of dogs that received a boosted oxytocin level attempted to connect with their human owners significantly more than the control group that received the saline placebo.

However, the experiment revealed that active, positive interaction with dogs by their owners through petting and speaking to them did not directly boost the dog’s oxytocin levels.

On the other hand, researchers did find an increase in the dog’s oxytocin levels after interacting with other dogs. 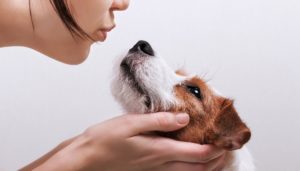 It seems that dogs are more social and have higher levels of oxytocin when they live and interact with other dogs even in non-reproductive ways. This fact may explain why dogs work together and form packs or dog families.

What’s interesting is that this increase of oxytocin and sociability between dogs can go beyond the species and allows for long-term human relationships as well. A fascinating find was how oxytocin increased the dog’s desire to socialize, but also how positive social interactions, in turn, increased the dogs oxytocin levels creating a sort of behavioral feedback loop.

Positive social interaction and oxytocin can’t be separated – they’re intrinsically linked and directly affect one another.

As a result, oxytocin in dogs promotes social bonding regardless of gender, or species and the vice-versa is also true. Because of oxytocin, dogs can receive positive interactions from humans, which is likely how they were domesticated and given the title “man’s best friend.”

Therefore, it is clear that oxytocin did play a significant role in developing the healthy social relationship your dog has with you today. Whether or not this means your dog “loves you” is a different story.

This study directly tested whether dogs have a surge in oxytocin due to positive interaction with their human owners. It’s relatively clear that your dog doesn’t actually “love” you on a chemical level when he enjoys being petted and talked to, since researchers saw no direct increase in oxytocin during this interaction. 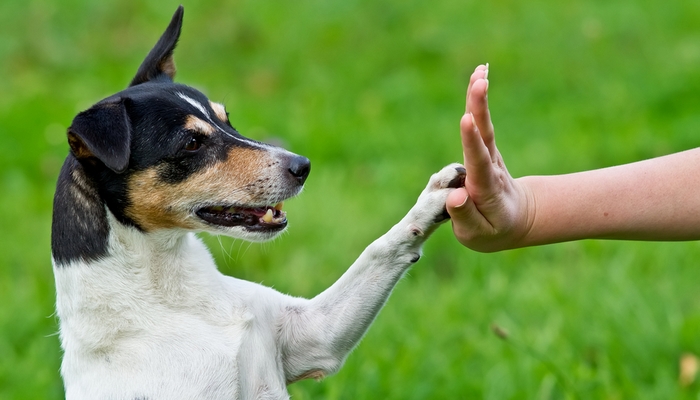 The researchers concluded that long-term friendship between humans and dogs is likely due to oxytocin reinforced positive interactions between the owner and the dog. For the example of beginning a brand new relationship with a dog, it will take focused effort to grow these positive interactions.

Eventually, these positive experiences will result in small amounts of oxytocin that eventually deepens the bond that the dog has with the owner. Each positive interaction builds upon the next.

It can be a slow process, especially for dogs who have experienced abuse or neglect because they do not have even a single positive interaction from where to start. As a result, the possibility of a natural oxytocin release due to a positive interaction is very slim. Here's a great magazine article about this (PDF). 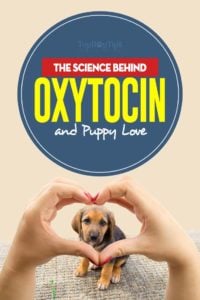 Whatever the case, perhaps that’s what matters the most to us – that something or someone desires to accept our love. The act of giving is a powerful thing, and it’s a shame when the gift isn’t received or enjoyed. That’s clearly not a problem you’ll have when you share love with your dog. 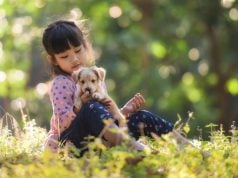 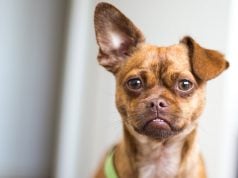 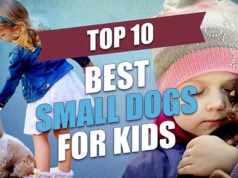