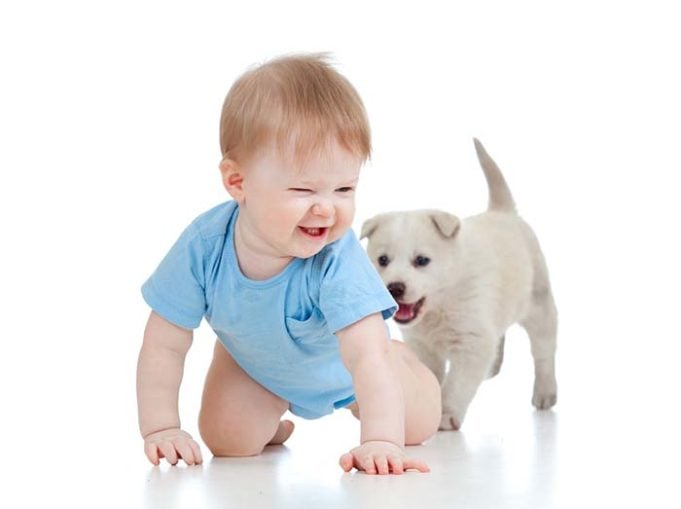 According to a new study, it appears that emotionally, a man’s best friend may be more like a human being in several ways than our closest relative, the chimpanzee and monkey.

For as long as the science of evolution has been around, researchers have believed that the group which comes closest to man in intelligence is the primate group. In more recent decades, chimpanzees have typically been regarded as our closest cousin, in an evolutionary sense.

Primates are indeed very similar to us in some of their behaviors, and mostly in their physical mechanics. They share the opposable thumb with us, and look like us. And scientists found that chimps and monkeys recently entered the Stone Age.

However, new studies are showing that it isn’t primates, but dogs, who seem to be more socially and emotionally similar to humans.

This could change the way we think about Canis Familiaris, and afford all humans a new respect for our loyal canine companions.

The research led by Evan MacLean, director of the University of Arizona’s Arizona Canine Cognition Center, has indicated that dogs show more similarity in patterns of social intelligence than chimpanzees do.

Social intelligence (aka: “street smarts”) is a set of complex skills which humans learn and develop over time. These include listening skills, effective communication, and knowledge of social norms.

These findings may lend scientists a better understanding of how humans evolved socially.

MacLean and his team studied how 2-year old children, canines, and chimps performed on tests measuring several types of cognition.

His team studied 552 dogs; this included dogs used for all sorts of purposes including companions, assistance-in-training, and bomb detection. Numerous breeds were represented as well.

Their social cognitive abilities were measured by means of game-based testing; researchers hid treats, and then communicated their locations by nonverbal cues like pointing and looking in that specific direction.

Results of the Study

Chimps performed well on tests geared toward their physical environment and spatial reasoning (the ability to conceptualize 3D objects).

However, they did not perform that well on tests involving cooperative communication (for example, the ability to follow a pointing finger).

For the past decade or so, there has been more focus on scientific research around what sets human psychology apart from the rest. The answer seems to be social communication, which begins to develop in humans around the age of 9 months.

According to MacLean (also the assistant professor at the UA College of Social and Behavioral Sciences’s School of Anthropology), scientists aren’t finding those same social skills in chimps. But they are finding them in dogs.

One theory behind why dogs and humans developed similarly in social behavior is that both species may have evolved under a fun set of evolutionary circumstances – “survival of the friendliest.” This indicates evolution which favored the more socially cooperative.

The working theory is that similar things happened in human evolution that happened in canine domestication.

Cross-comparing the evolution or intelligence of humans with dogs is a pretty new concept; scientists have typically chosen to study our closer relatives (chimps, gorillas, bonobos) for answers to questions on human development.

But looking at dogs could provide us with important answers to questions we still have.

Our primate relatives are important for questions on our physical development, since they show the same spatial cognition abilities that we do. Dogs don’t operate like humans on that level, so we can’t study dogs for answers about things like mobility.

But we can study dogs to learn more about the way humans socialize and relate to one another emotionally.

It can also change the way humans relate to and treat dogs. Most people assume, and have always assumed, that man domesticated the wolf in order to gain hunting advantages. But that doesn’t seem to be the case.

There are likely quite a few very important traits that canines taught humans over the millennia and centuries of dog domestication.

As it turns out, dogs are very attuned to their human companions because they pay close attention to subtle changes in our faces. By observing small changes in the way our eyes look or the direction our body faces, dogs can tell what we are thinking or feeling much better than even our primate cousins can.

Dogs also may have taught man the values of loyalty, solidarity, and sacrifice. These traits were not observed in men until after the domestication of wolves was in place.

Studies like the one conducted by MacLean should help people better understand that dogs are more like us than we have given them credit for. And this will hopefully help mankind come to appreciate dogs more, and to collectively treat them better than we have historically. Perhaps now, we can begin to afford them more mercy and empathy, if we understand that they feel emotions the same way we do.