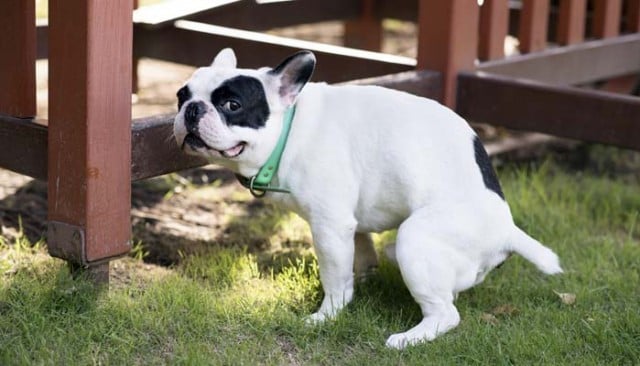 A district council in Northamptonshire, England is trying a new tactic in the battle to control dog fouling. The new laws, which are due to come into effect from the 1st of December, will mean that a dog owner has to prove that they are able to clean up after their dog.

A report by Daventry council said that it was not always possible to catch people who had not cleaned up after their dog. For this reason it was necessary to increase the dog warden's powers.

Mike Warren, who is the council's health and housing officer, said:

“The new order gives us greater powers to take action against a minority of dog owners who fail to pick after their animals.”

“We will be advising them to make sure they have extra poop bags with them at all times to ensure they have the means to pick up the mess. That is regardless of how long they have been out with their dog.”

“It's not unreasonable though to expect someone who has just arrived at a venue to walk their dog to be carrying poop bags.”

In April, a public consultation was launched into the council's proposals. The council is thought to be the first in the UK to consider such laws. Maria Taylor, the council's Community Manager, said:

“We receive over 120 complaints about dog fouling each year but despite regular patrols it is difficult to catch offenders in the act.”

“If agreed, the new order would give our officers greater powers to catch the irresponsible minority of dog owners who go out with no intention of picking up after their pets.”

What would YOU do to improve the dog fouling problems?

Dog owners tend to be very opinionated on all things canine. Maybe we can come up a solution that the authorities haven't thought of.

In an ideal world it wouldn't be a problem. Your dog poops and you clean it up. Yet every day I see dog mess on the footpath, on my front garden and on the dog field. it is something that I get annoyed at, not only because it is disgusting, but also because my two dogs seem to love rolling in it!

Why do they do that? If I use a public toilet, I never want to roll around under the urinals so I can smell like that big weird bloke who just left.

I use nappy sacks for dog poop collections. I always have at least half a dozen in my pocket. It does get a little embarrassing at the supermarket checkout when I reach in for some change and bring out a handful of bags. The people giving me the odd looks are clearly not dog owners. 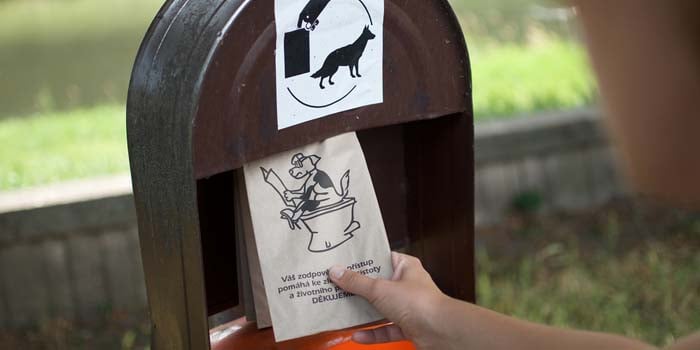 I can think of two occasions when I had changed my trousers and had not transferred the bags. The realization that I was “bagless” didn't hit me until they started sniffing around for the perfect spot to poop. Our usual conversation was in full flow. “Yes, that's right. You spend 10 minutes finding the right place. Why do you bother? I am only going to pick it up anyway.”

My hand went into my pocket to pull out a bag and my fingers found… nothing! “No! Stop! Hold it in. Don't poop!”

Too late. The first time I was able to find a carrier bag in a nearby waste bin, but the second time I took the dogs home and then drove back with a bag to clean up the mess.

RELATED: How to Get Pet Stains Out of the Carpet and Furniture

Some authorities have experimented with spraying the poop a bright colour. The pink colour was intended to make it stand out so that the owners would get the message that it was not acceptable. I think if they weren't bothered about picking it up in the first place they won't be affected by pink paint. No one can prove it was them.

In a small town near Madrid, Spain volunteers were used to spot irresponsible pet owners. Some were identified from the town's pet database and the poop was returned to them in a box as “lost property”. A 70% drop in dog fouling was reported.

DNA testing has been tried in various cities around the world. The poop is tested and the results compared against a pet database. I like this idea though I am sure it is expensive.

What do you think?