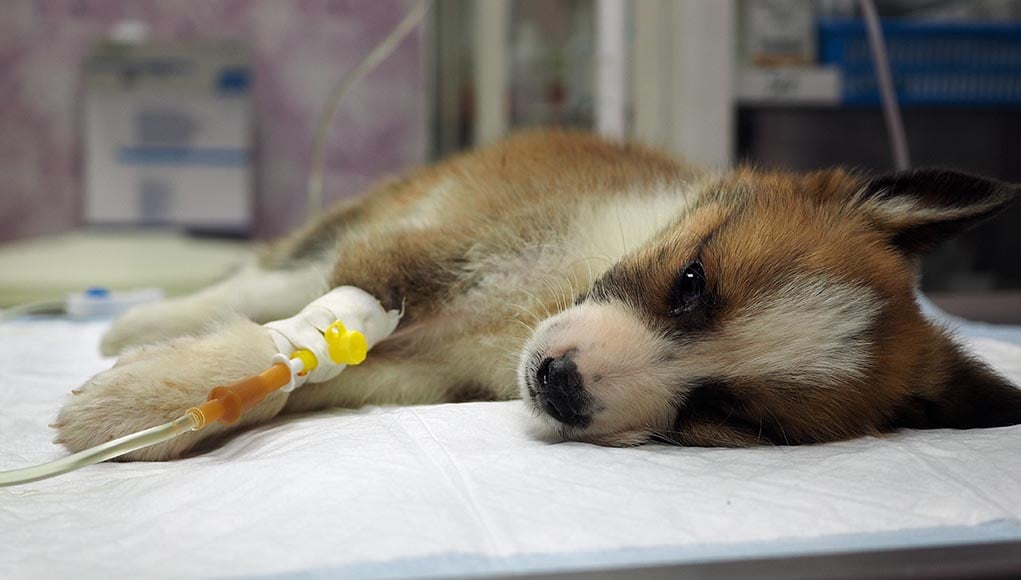 Parvo is a word that no new dog owner wants to hear. Unfortunately, however, it is a disease that is far too common and can even be deadly. One day a dog can seem perfectly happy and healthy, and the next day they can be dangerously sick. This is especially concerning for owners of puppies, as their small size and vulnerability mean they require special care even when they’re healthy.

Anyone dealing with dogs and puppies on a regular basis, as well as anyone with a new puppy in the home, should know the symptoms of parvo so they can act quickly to treat the dog. The good news is that canine parvovirus is preventable. Read on for a brief summary about parvo and tips for how to prevent it. 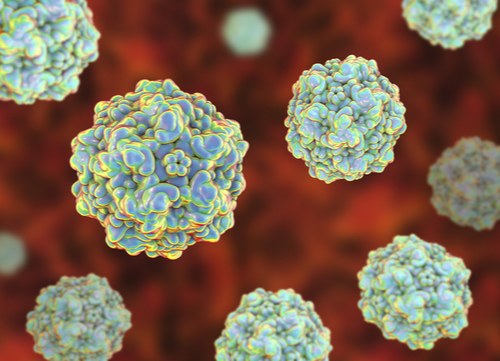 Parvo is the common term used for a virus called parvovirus. It is a fairly new virus, first appearing in the 1970s. Dogs that have parvo can transmit directly to other dogs or indirectly when they vomit or defecate in areas where other dogs have access, such as dog parks, kennels, doggy day cares and grooming facilities. That is one of the reasons it is so highly contagious, as it spreads so easily.

Another reason for its contagiousness is that dogs might be sick with parvo without showing any symptoms. The owner may not have any idea that the dog is sick, so the dog goes about its normal routine infecting other dogs or areas it comes into contact with. Dogs with parvo typically begin shedding the parvovirus about five days after they’re exposed. Then, they will exhibit symptoms and continue to shed the virus for up to 10 days after recovering. Therefore, even a healthy dog who has recovered from parvo can still be contagious over a week after symptoms clear. 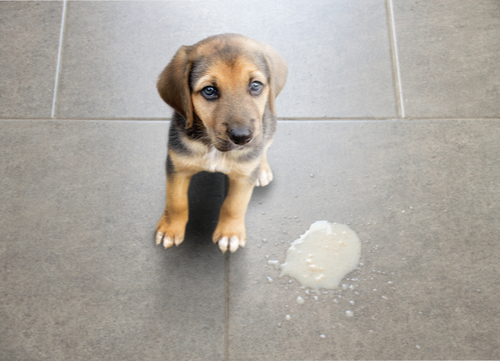 Dogs with parvo become very sick as the virus attacks their gastrointestinal system. And since parvo is most common in puppies, it can be quite scary when such a small, active, happy pup gets so sick. And they do get very sick. Owners of puppies should always contact their veterinarian when their puppy isn’t feeling right, but the following symptoms are more concerning since they’re common among dogs with parvo:

If your dog, or especially your puppy, has any of the above symptoms, it definitely deems a call to the vet. It is important not to rush to the veterinarian without calling first, however, considering how contagious the virus is. That way, the staff can take precautions to ensure your dog doesn’t risk exposing other dogs. They may ask you to enter the facility through an alternate exit, for example. Or they may ask you to simply monitor symptoms and give them a call if symptoms worsen. Nonetheless, this first phone call is very important when you suspect canine parvovirus. 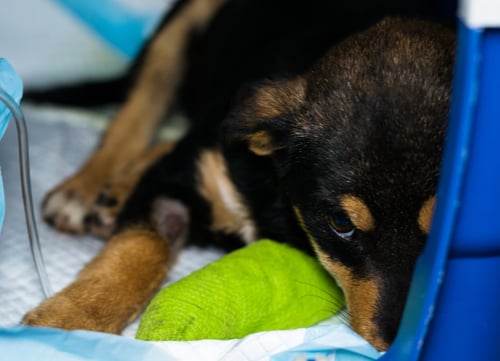 Dogs Most at Risk for Parvo

Any puppy between 6 and 16 weeks of age is at risk for parvo. The reason for this is because they need three doses of the parvo vaccine in order to be considered fully vaccinated. Each of those three doses needs to be spread out so the dog receives one every three weeks. Likewise, all unvaccinated dogs of any age and puppies that haven’t had all three shots are at risk.

Puppies under 6 weeks of age aren’t as susceptible to parvo because they still have antibodies from their mothers. That is assuming that their mothers were fully vaccinated. Those antibodies eventually fade, however, especially as the puppies are weaned. For puppies, weaning is stressful enough. Adding a fatal disease like parvo to this stress makes it difficult for puppies to recover.

In addition to the risk posed to dogs due to their lack of vaccination, there are certain breeds that have a higher risk of getting parvo. Those dogs include German Shepherds, Doberman Pinschers, Rottweilers, American Staffordshire Terriers and English Springer Spaniels. If you’re wondering why these dogs are more susceptible to the parvovirus, you’re not alone. Scientists still don’t know the reason. 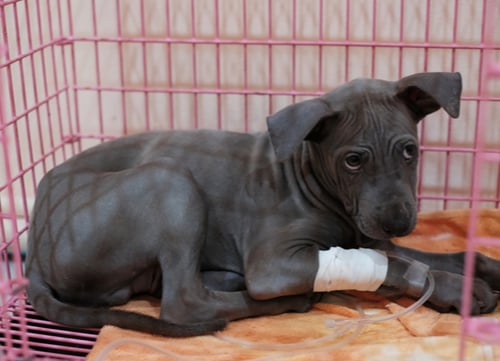 The transmission of canine parvovirus can occur in one of two ways. Direct contact is the first cause of parvovirus. This happens when a dog ingests infected feces, either through the nose or mouth. It doesn’t have to be the feces itself; it can be a surface that is contaminated with the infected feces. Due to the fact that a puppy’s sense of smell is how they learn about the world, and their muzzles are naturally low to the ground, it is easy to see how contagious this virus can be.

The second way that parvovirus can infect a dog is by indirect contact. Parvo is a hardy virus that is capable of surviving on practically anything it touches, whether it is clothing, human skin or something like grass that is naturally occurring in the puppy’s environment.

After a dog contracts parvo, it replicates within its small intestines, bone marrow and lymph nodes. While gastrointestinal problems are likely, there is also a risk of the heart becoming inflamed. This condition is called myocarditis, which is very serious. Symptoms of myocarditis in dogs are similar to symptoms of parvovirus. Additional symptoms are exercise intolerance, coughing and shortness of breath, among others. Myocarditis symptoms typically aren’t noticed until the dog is already displaying other symptoms. This highlights the importance of early detection, as myocarditis can be difficult and costly to treat.

Adding to the fact that parvo is so easily transmittable is the fact that it is so resilient. Most common disinfectants are no match for the parvovirus. It can survive at room temperature for two months or more indoors. Outdoors, it can survive for years as long as it isn’t exposed to direct sunlight. Considering that infected feces can carry the parvovirus for months, and the ground soil it touches can carry the virus for a year, it is easy for people to inadvertently carry it on the bottom of their shoes and bring it indoors.

How to Treat Parvo

Unfortunately, there is not a cure for parvo. Dogs that display symptoms of parvo need to be seen by a veterinarian as soon as possible for diagnosis and treatment. We have included a video (not ours) above that explains an at home treatment for parvovirus. It is However, we are not recommending you try that option instead of calling a vet. It is strictly for informational purposes only. You should still get a vet involved if you suspect parvovirus and if symptoms continue to worsen. A vet diagnoses a dog with parvo by evaluating its symptoms and by doing a blood test. The vet may also do an ELISA test that involves checking the dog’s feces for virus antigens.

If a dog is diagnosed with parvo and the case is severe enough, he may have to be hospitalized in isolation so veterinary staff can monitor him in a way that does not risk the spread to other dogs. Alternatively, vets may simply prescribe medications that make the symptoms less severe, as well as antibiotics to prevent further bacterial infections. Antibiotics are important because parvo lowers a dog’s white blood cell count, meaning the dog will have a difficult time fighting not only parvo, but other secondary infections.

Most dogs that receive treatment for parvo survive, as long as they are treated during the first three to four days of showing symptoms. Complete recovery from parvo takes about one week. Keep in mind, however, that they still continue to shed the virus and are contagious up to 10 days after symptoms are gone.

Although most dogs who receive treatment for parvo survive, 9 out of 10 dogs do not survive unless they receive prompt treatment. 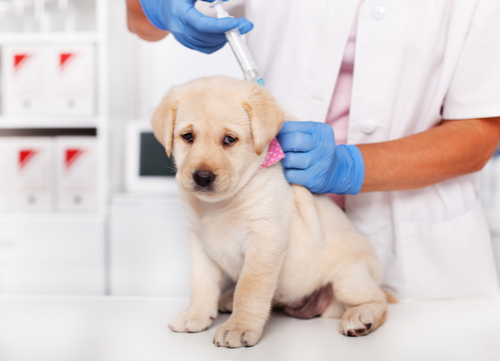 How to Prevent Parvo

Parvo is a preventable disease as long as dogs receive the proper vaccine dosage. Puppies should receive the first vaccine between six and eight weeks of age. The second two vaccines should follow, three weeks apart. Additionally, dogs should get a booster at one year and then once every three years.

To prevent parvo in an unvaccinated puppy, or one that hasn’t received all doses of the vaccine, the puppy should be kept away from any environment where there might be an infected, unvaccinated dog. Since there is no way to determine whether another dog has parvo, puppies should generally stay at home until they’re fully vaccinated, with the exception of veterinary visits.

Although socialization and puppy classes are important, your dog should not be enrolled in them until they are fully vaccinated. In fact, most trainers do not allow unvaccinated dogs to attend puppy classes regardless. Additionally, if you have a full-time job that requires you to be away from home, you should find someone to come to your home to tend to your puppy occasionally while you’re away, since you will not be allowed to take it to doggy day care unvaccinated.

Parvo is a very serious and sometimes fatal disease. By taking the steps to prevent it and getting early treatment if infected, you can keep your dog safe. Remember to talk to your vet if you notice any parvo symptoms in your dog or puppy. 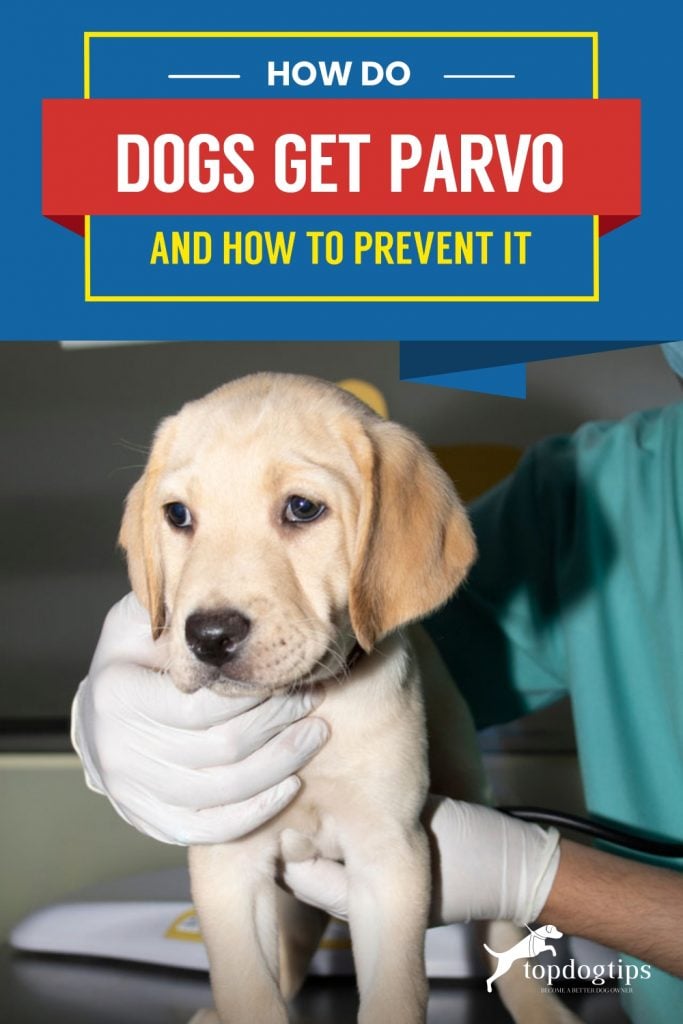 Chemotherapy in Dogs: Everything You Need To Know How to Prepare Your Dog for Boarding: 5 Ways To Set Them Up For Success