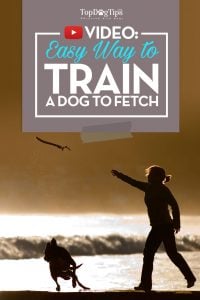 In reality, training your dog to fetch is just like any other type of training. It takes patience and consistency. There are some dogs that may just instinctually pick up on the game, but most dogs will need to be shown how much fun it can be.

And, despite all your efforts, your dog may show no interest in learning how to fetch. Typically, younger dogs are more playful than older dogs.

If you adopt an older dog it may be more difficult to teach him to fetch. All you can do is try, and if your dog enjoys the game he'll pick up on it eventually.

How To Train A Dog To Fetch 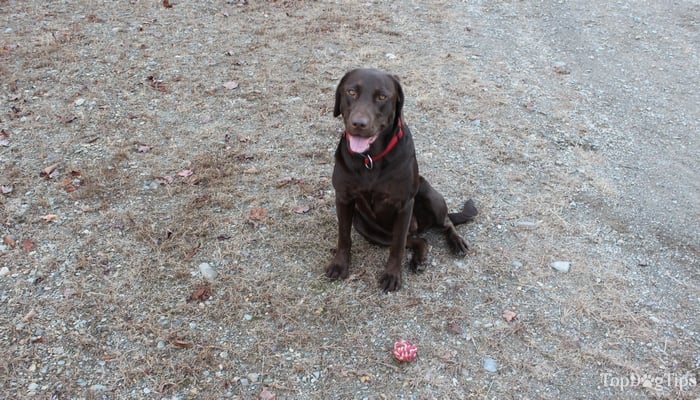 Before you begin to learn how to train a dog to fetch, you must understand that playing “keep away” could be very detrimental to the process. Many pet parents love playing keep away with puppies, but it's essentially like teaching the dog the opposite of fetching.

The first thing you'll need to do is get your dog excited about the concept of fetching. You need to use a good dog toy that she finds appealing. As you can see in my video guide, our Labrador Retriever loves to chase balls. They're easy for her to scoop up in her mouth, and she loves the excitement of chasing a ball as it rolls across the ground.

Some dogs may prefer a toy that squeaks or makes a crinkling noise. If your dog likes rope toys, use one of those. The first step in learning how to train a dog to fetch is to get him interested in the game, and the only way to do that is to give him something enticing to chase.

RELATED: 10 Best Sports To Do With Your Dog

You may need to play with the toy for a bit before your dog gets excited about it. Throw it around, wiggle it, do whatever you need to do draw his attention to the toy. Once he's paying attention to it, it's time to throw it.

In the beginning you shouldn't throw it very far; 15-20 feet is a good distance. If your dog doesn't chase after it right away, show him how it's done. Chase after the toy yourself and show him how to retrieve it. Eventually, Fido will see that chasing the toy is can be very exciting. 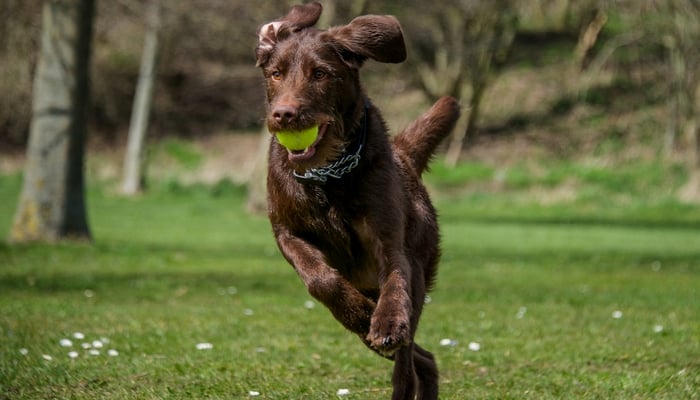 Now comes the hard part. Once your pup understands chasing the ball and retrieving it, you need to teach him to bring it back to you. Choose a command that you will use consistently. I use “bring it back,” but you can use any short command you want.

You may need to call your dog's name and use treats to lure him back in the beginning. Once your dog has retrieved the toy, show him a treat and use the command that you've chosen. If he brings the toy back to where you are be sure to reward him with a treat and praise. 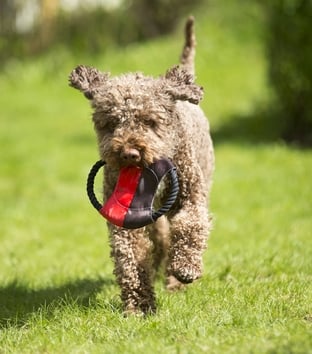 If your dog comes running back for the treat and fails to bring the ball back, you'll need to take smaller steps. Praise him for retrieving the toy and for picking it up with his mouth. Stand close to him and reward him when he brings the toy back to you.

Continue to gradually increase the distance between you and the dog and reward him each time he returns with the toy.

The key is to build his excitement for the game and teach him the concept of fetching the dog toy. Once your dog has the basics down you can begin working on more challenging aspects such as dropping the toy in your hand or waiting until the toy has landed to run after it.

Remember, if your dog does not seem very interested in playing fetch it may not be his game. Maybe he would enjoy tugging on a rope toy or finding a hidden toy. Like us, every dog has their own likes and dislikes. Fetch may not be stimulating enough for your Fido, but you're sure to find a game that he enjoys if you keep trying.

READ NEXT: Dog Agility Competitions – How To Start, Science On Risks, Injuries, Pros and Cons