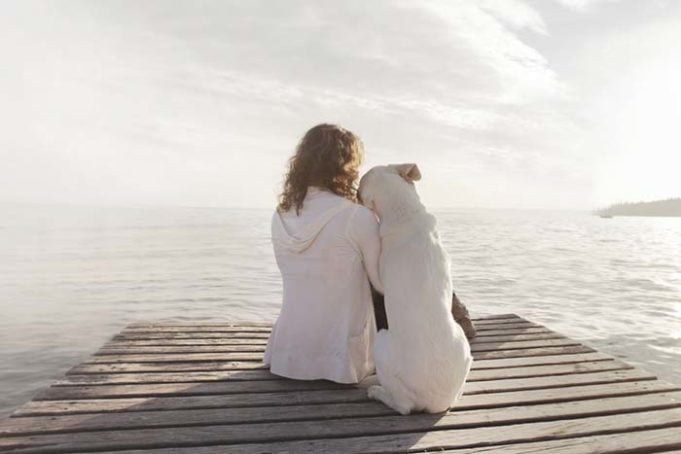 Yet another study reports that dogs are capable of processing a person's negative and positive emotions based on facial expressions.

It's something we've all been wondering for a long time, and it appears that our assumptions were correct – dogs can in fact read our emotion relatively well. But beyond that, dogs also react to these emotions accordingly because their brain can process if it's a negative or positive emotion based on a man's facial expressions.

“Clearly arousing, negative emotions seem to be processed by the right hemisphere of a dog's brain, and more positive emotions by the left side.”

Experts Marcello Siniscalchi, Angelo Quaranta and Serenella d’Ingeo from Italy’s University of Bari Aldo Moro published their findings in the journal Learning & Behavior. Their research is the newest proof that highlights just how much dogs are connected to humans.

While feeding 26 dogs, the research team showed the animals different photos of male and female adult faces. The images depicted a wide range of emotions: happiness, anger, fear, sadness, surprised and relaxed. The photos were carefully placed by the dog's line of sight and next to their feeding bowls.

When flashed with the images of humans that showed anger, fear or happiness, the researchers noted an increase in the dogs' cardiac activity. The animals also took time to get back to what they were doing (eating) after seeing the photos. Their responses indicated that the dogs had higher stress levels drawn from those arousing and emotionally charged human expressions.

The findings supported a previous study published in 2015 in the journal Current Biology, which pointed out how dogs have the capability to distinguish human expressions. Another study was done in 2016 and we wrote about it here. Because of these animals' close association with humans for many centuries, dogs apparently evolved and learned to develop social cognition.

However, the experts explained that the dogs might have read happiness similarly to anger or fear because humans usually expose their teeth when they smile or laugh. In the world of dogs, showing the teeth is actually seen as aggression.

But the experts said that dogs can eventually learn to associate the expression of happiness in a positive light and not as a stressor or threat. When in constant interaction with humans, dogs would be able to recognize that laugh or smile represent good emotions.

So Much In Common With Humans

These behavioral studies in animals suggest that non-verbal communication could be important to dogs just as much as it is crucial to human relationships and social behavior. It is possible that understanding different emotional states is not limited to men and women, as other species are showing they this ability too.

Interestingly, in the world of humans, a negative emotion might also elicit reactions like stress, increased heart rate, and high blood pressure. This proves once again that beyond companionship, humans, and dogs definitely have plenty of things in common.