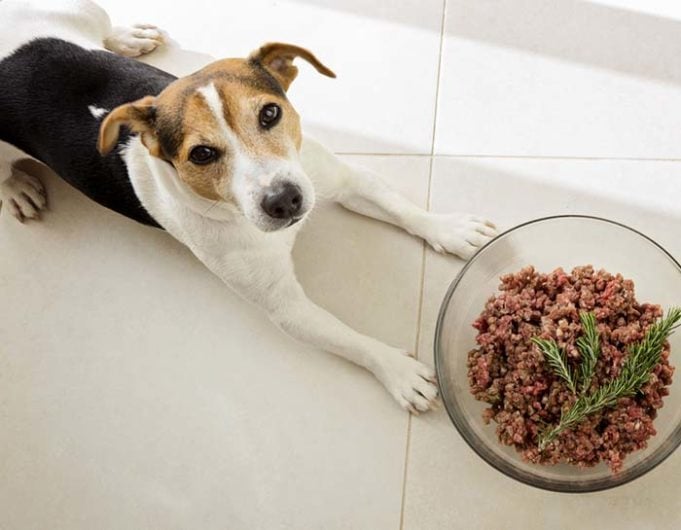 Many owners may choose to go the RMBD – raw meat-based diet – way with their pets. It's a common belief that commercial cat and dog food contains artificial preservatives, unnecessary fillers and other unhealthy ingredients (which is partially true) and that raw meat diet would be a more natural choice for the dog. However, a new study has observed that raw meat-based diets can also be risky if not delivered properly.

“Cats and dogs that eat raw meat diets are also more likely to become infected with antibiotic-resistant bacteria than animals on conventional diets, which could pose a serious risk to both animal health and public health.”

In this study, a team of researchers in the Netherlands has discovered that raw meat diets can pose risks to both dogs and their owners because of the bacteria and parasites that may grow in them. The study looked at the spread of the so-called zoonotic bacteria and parasites, and analyzed over samples of 35 commercial Dutch raw meat-based diet foods, sold frozen.

While this may seem like a small sample to draw any definitive results from, the fact that zoonotic bacteria and parasites were found in all samples of the raw food diet shows that there is definitely a pattern of contamination that needs to be researched further.

E-Coli, Salmonella and Listeria Were All Found in the Tested Samples of Raw Meat Dog Foods

While there has been work done on the harmful effects of raw meat diets, the study published in the Vet Record journal was the first in Europe to research the hazards associated with commercial raw meat diets.

Out of the 35 tested commercial raw meat based diet products, 8 dog foods had E-coli, 15 foods had Listeria and 7 dog foods had Salmonella. These bacteria have been linked to some very serious conditions in both animals and people.

Additionally, among the parasites detected in these commercial dog foods, after thawing them, Toxoplasma gondii was also detected, which can be particularly harmful to pregnant women and newborns.

What's more is that if your dog was to be infected with this bacterium, it would probably be resistant to antibiotics and it would be much more likely that it can be passed on to you or a member of your family. To support this, the study showed that 80% of raw dog foods tested had E-coli that would not react to an antibiotic treatment.

The researchers are adamant that this poses a serious threat to public health safety and animal health. Not just that, but the research pointed out a few problems with the raw meat dog foods themselves, and particularly how these diets can lead to nutritional problems, gut injuries and even growth deficiencies, as most dogs wouldn't be able to get all the nutrients they should be getting from raw food. 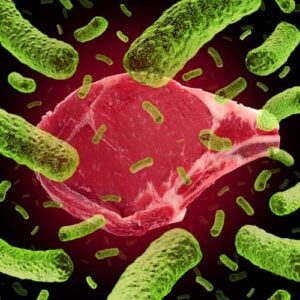 This study – and several others before it – prove that feeding your dog a raw diet, specifically commercial raw meat dog food formulas, can be a very serious hazard for your pet. There has been no scientific proof that the RMBD products are any healthier than dry kibble and canned dog food.

The main argument used by supporters of RMBD foods is that it skips the preservatives, additives and contamination in prepackaged food. Many believe that any bacteria and parasites will be killed off when the food is frozen first and then thawed to feed to their dog.

Freezing as a method to ward off this hazard is addressed in this Netherlands study.

Researchers point out that while freezing will kill parasites, it will do little to stop the bacteria from cross-contaminating the human food in the house. Additionally, even if the raw dog food and the human food have no contact, the bacteria can still travel through certain pathogens that dogs shed.

Now, the scientists involved in the study are calling for clearer labeling on RMBD products and an understandable explanation of the risks involved in feeding them to your dog. There is no clear way to prevent contamination for now, so experts advise to talk to your vet before you consider a raw meat diet for your dog.