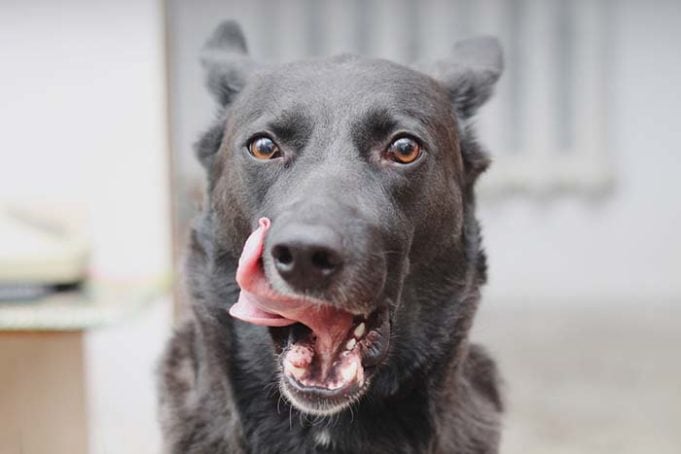 Recent survey study answers the infamous question, why do dogs eat poop, and is it possible to stop dogs from doing that.

Ever wondered about canine conspecific coprophagy? Try saying that fast five times this Friday morning. You might say no, you've never even heard of it, but I'm here to bet you that you have seen this happen, even without knowing the actual term.

It's a weekday afternoon, you've taken out your furry friend for a walk and see them stop to sniff at something. You ignore it at first – they're dogs, it's what dogs do. But when your dog starts to gobble it up like he's having his last meal, and that might just catch your eye long enough to see that he's eating another dog's poop.

When that happens, you flash back to all the expensive dog biscuits and dog treats and dog chew sticks and organic meals you've bought for  your pooch, and think – why? Why is this in any way better? What's so appealing about dog poop? This is called coprophagy, and we finally have some answers about it. 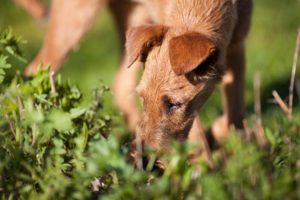 …but those that do, do it often.

A recent study published in the journal of Veterinary Medicine and Science by specialists in veterinary behavior looked into this infamous question of coprophagy in dogs. Or, to put it another way, some very serious science was employed to answer why exactly dogs like to eat dog feces, either their own dog poop or poop of other dogs. The results of this study were interesting as well as surprising.

The study used surveys as their main method of research and questioned just over 3,000 dog owners in the U.S., Canada and several other countries. In the first survey called Dog Behavior: The Rest of the Story, just 16% of dog owners said that they've seen their dog eat poop over 6 times. This is the criteria for the dog to be determined a compulsive poop eater. So, the percentage isn't that big at all, or maybe the owners of poop-eating dogs missed the survey somehow.

Either way, the study noted that poop-eating dogs are not in the majority.

James Serpell, a professor at the University of Pennsylvania veterinary school, said that it could be partially related to diet and nutritional value of feces.

“Modern dogs and cats are fed diets that are relatively rich in fats and protein, not all of which may be completely digested, making their feces potentially attractive as a secondhand food source.”

However, diet wasn't actually the main determining factor to identify a poop eater from a non-poop eater. Normally, the dogs described as greedy eaters were the ones more likely to try a bit of excrement additions to their diet. And while a few more details gave an idea of different types of dogs who prefer poop, it's still impossible to really build a profile of the serial poop-eaters.

“If they eat it right away, it’s safe to eat. They won’t get infected by parasites.”

The researchers also found that 85% of dogs prefer “fresh poop” which is no older than two days.

Based on this, scientists assume that the poop eating behavior comes from the dogs' ancestors living in the wild, who used to do this to rid the environment of feces before the bacterial infestation started. This definitely makes sense, but remains a theory.

The fact is that it's generally impossible to retrain dogs from eating poop completely. If your pooch is a compulsive feces eater, then he's likely to remain that way for the rest of his life, according to experts. They also note that while it's a normal behavior for dogs, there really are dangers if you allow your pooch continue with this.

So, is there any way to prevent your dog from eating poop? Behavior training and changes probably won't work, and this research suggests that a lot of products on the market that are sold as ‘miracle cures' (e.g. Coproban, For-Bid, Dis-Taste, Deter, and Potty Mouth) don't do anything to cull the pooches' poop appetite, with their effectiveness not achieving more than 11% success rate.

Scooping the poop is the only way. Owners have suggested just getting rid of the poop as soon as possible or pulling your dog away from the poop of any other animals they encounter. It's not the most refined technique in the world, but it's the only one that definitely works.

If you'd like, you can try with some canine behavior training, too – like rewarding your dog with a treat if you see them walking past poop without trying to gulf it down. But scooping poop either with a pooper scooper or picking it up with dog poop bags is still the only foolproof method out there.

My dog isn't a poop-eater, thankfully – she's so finicky, she doesn't even want her own dog food most of the time, much less poop. But for all poop-eater owners out there, I feel for you and for your dog's smelly mouth. Hang in there – and perhaps read the study, because it's genuinely fascinating and helpful (in some ways).

READ NEXT: How to Choose and Buy the Right Dog Pooper Scooper