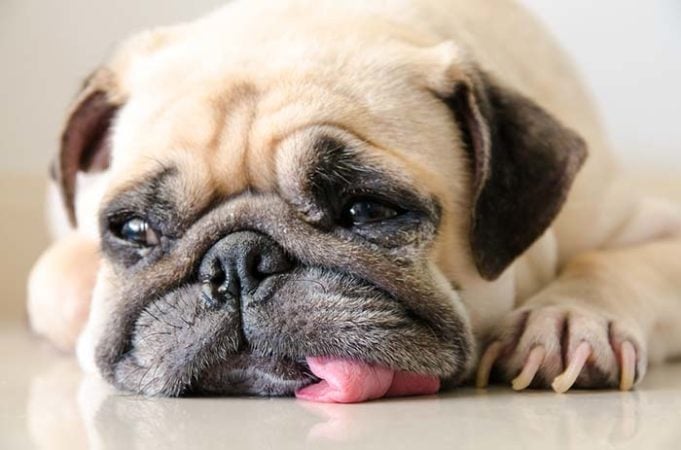 Scientists have conducted a study of canine DNA, and it has revealed the genetic reasoning behind the flat faces found in dogs like Bulldogs and Pugs.

Ever wonder why and how Pugs, Bulldogs and Boxers got those totally strange face shapes with flat faces? New research into dogs' DNA has finally found the answer, and it may not be what you expected – the cause is genetic mutation.

This newly discovered genetic mutation gene which causes the curious face shape reveals further new insights into the genes which dictate skull formation in both dogs and humans.

In addition, studying DNA of dogs, scientists have determined that these findings also reveal the biological reasoning behind birth defects which affect the development of babies’ heads when they are still in the womb.

The research, conducted at the Roslin Institute at the University of Edinburgh in Scotland, analyzed samples of DNA from 374 dogs of varying pedigree and mixed breeds. The study can be found in the journal Current Biology.

CT scans are much more detailed than standard X-ray images because they take X-ray images from various angles, then use computer processing to create cross-sectional “slice” images of what’s inside the body.

Genetics At A Glance

When researchers performed comparisons the dogs’ genetic information alongside their skull measurements, they determined that DNA variations exist which are associated with different head shapes.

One of these variations was found to disrupt the activity of a gene named SMOC2, and this was heavily correlated with the length of the dog’s face. Canines who had this mutation also had significantly flatter faces (a condition named brachycephaly).

What this Means for People

In dogs, this flatness can be a desirable trait. In humans, it typically only presents in people with difficult conditions, such as Down Syndrome.

But for many humans born with brachycephaly, the causes are unknown.

According to lead researcher Dr. Jeffrey Schoenebeck, the results of this study could help scientists determine the molecular nature of this skull formation.

Looking at what drives flat-headed skull shapes in dogs may now lead to scientists testing for changes in the SMOC2 gene in humans, which could serve to help diagnose the condition.

READ NEXT: 20 Most Fascinating Scientific Studies on Dogs