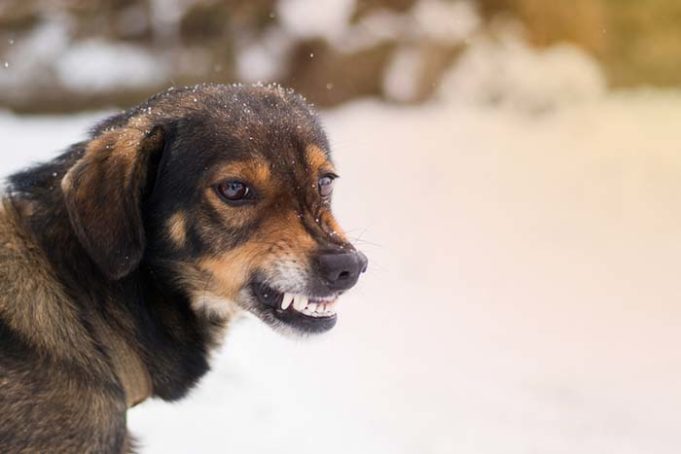 Researchers made a recent discovery about rabies in dogs which sheds light on how this mysterious virus works to change its host’s behavior.

Researchers at University of Alaska Fairbanks gained traction on science’s understanding of how rabies works to drastically modify the behavior of the mammals whose brains it infects, causing them to take actions which serve to spread the disease (such as bite).

A recent study, published in the Nature journal (PDF), showed that small fragments of the rabies virus actually bind to and then inhibit certain receptors in the brain which serve to regulate animal behavior. When this binding occurs, it interferes with communication in the brain, inducing frenzied actions which cause the host to spread the virus to other via their saliva.

Seeing the Effect, But Not the Cause

Dr. Karsten Hueffer is the lead author of this study, and a professor of veterinary microbiology at the University of Alaska Fairbanks. He says he hopes these findings lead to better treatment of the disease, as mentioned in the university's article.

“Dogs have more than 20,000 genes with sophisticated immune and central nervous systems.”

Hueffer says that while scientists do understand that many infectious agents can modify the behavior of their hosts, they still aren’t sure how this is accomplished. This might cause some confusion, seeing as we have an effective vaccination against rabies, which has existed since the mid-1800s.

But this study provides scientists with their first glimpse into the molecular mechanics behind this mysterious phenomenon.

How Rabies Gets Transmitted

When rabies infects its host, it is observed that they take on increasingly aggressive and erratic behavior. The animal eventually becomes so aggressive that it seeks to bite any other animal it can, and then the virus transmits to that bite victim when the infected saliva makes its way into their bloodstream.

According to the World Health Organization, dogs contribute up to 99 percent of all rabies transmissions to humans.

Hueffer says part of the reason scientists know so little at this point boils down to some numbers.

While the rabies virus possesses only 5 genes and very little information, mammals are much more complex. Dogs, for example, possess more than 20,000 genes and have sophisticated immune and central nervous systems. There is a lot to potentially modify here, so it has been difficult to pinpoint where that modification takes place or how.

One hint scientists do have is that a rabies victim will lose its sense of fear, which allows it to bite more easily.

While the behavior has been well understood, further advancement in actually treating rabies has been stalled by this lack of the knowledge on how it works. So, we can vaccinate to prevent. But once someone is infected, there is little medicine can do to reverse the effects, and rabies quickly becomes a death sentence for its host.

Rabies research is made even more difficult by the fact that in order to even test for rabies, scientists can only look at the brain of a deceased and infected animal. There is no blood or saliva test available.

Details of the New Findings

Previous research conducted throughout the 1980s and 1990s did discover that the virus binds to and interacts with certain muscle receptors in the brain which receive signals for muscle contractions. After hijacking the muscles and nerve cells, the virus then replicates itself and makes its way to the brain by traveling up the nerves and other tissues.

“Our study provides, for the first time, a detailed molecular mechanism for how an infectious agent induces specific behaviors.”

Hueffer collaborated with Dr. Marvin Schulte, who is an expert on nicotine receptors at the University of the Sciences in Philadelphia. They combined their knowledge and recent findings and made an important connection.

These nicotinic acetylcholine receptors bind to the virus in muscles, and are also found in the brain. The scientists concluded that the same thing could occur in the brain that was occurring in the muscles. So, when a snake bites its victim and the venom acts to modify (inhibit) muscle behavior by interfering with signals being sent by the brain, then the rabies virus could be behaving in a similar fashion to influence overall behavior of the host.

Hueffer then collaborated with Professor Michael Harris to come up with experiments to demonstrate whether the rabies virus glycoprotein containing those specific amino acid strings could effectively alter behavior in mammals.

According to Harris, the viruses collect in the spaces between brain cells, which is where brain cells communicate. The researchers concluded that interference with this communication is what could lead to altered behavior and therefore more favorable conditions for the continued spread of the virus to other subsequent hosts.

The researchers observed that animals infected with rabies began to run around much more than their uninfected counterparts. This is one behavior that could better serve the virus for transmission, as it exposes the host to many more potential hosts.

This increased understanding may well lead scientists toward better treatment options in the future.

These mind-control viruses are a fascinating topic! Check out the so-called “zombie ant virus” – this virus essentially infects a host ant while it forages, hijacking the ant’s central nervous system. It then forces the ant to break away from its nest, climb a nearby plant stem, and then clamp its jaws permanently to the stalk. 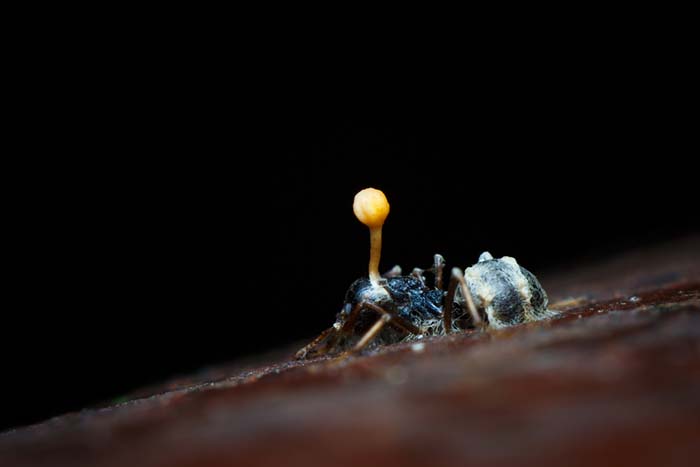 The virus then ends the ant’s life, and proceeds to grow a stalk out of the ant’s brain, which produces spores. These spores then rain down onto the remaining ants, and the cycle continues.

How Worried Should We Be About Rabies in Dogs?

Rabies tends to run most rampant in very poor and rural regions of the world, such as Asia and Africa. These areas lack the funds needed to properly vaccinate people and domestic animals from the disease.

Currently, the U.S. does not have much to worry about. Here, 90 percent of all reported rabies cases occur in wildlife such as bats and foxes. However, a handful of cases also occur in domestic animals, such as dogs, cattle, and horses.

Rabies in American humans is almost nonexistent, thanks to vaccines.

Humans can be treated if they suspect infection and seek medical attention right away, but the disease proves fatal in victims who are unaware of any potential exposure to the virus.

You should keep all of your animals vaccinated against rabies, even if they are indoor-only. Bats and rodents can always make their way inside your house.

If exposed to a bat or rodent, you should contact the Department of Health right away to discuss whether you should receive a vaccine yourself or not (I had to get it once for this situation!).

READ NEXT: When And How to Vaccinate Your Dog