Adopting a dog is rarely a decision to be made lightly because it means taking on a great responsibility of caring for another being. Most people prefer adopting puppies over senior dogs. It's true that senior dogs may require better care due to health problems, but there are also many benefits to adopting a senior dog. So if you are considering adopting a senior dog, and aren't sure whether you are making the right choice, here are a few things to consider.

ALSO READ: 12 Reasons Why Senior Dogs Are Better Than Puppies

Let’s take a look at some of the most common concerns that might worry you about adopting senior dogs. Some are real concerns, while others are based on misconceptions.

Some people refuse to adopt senior dogs because they fear that a dog doesn't have a lot of time left. They fear that forming an emotional bond with a pet who will not live for much longer is putting yourself through unnecessary pain and suffering.

This is a semi-valid concern. Note that there is a difference between senior and geriatric dogs. Senior dogs are just starting to show the signs of aging, which is not the same as geriatric dogs that already aged and have a number of health problems.

Generally, dogs between 5 and 10 years of age are considered senior, although that also varies depending on the breed since smaller breeds live longer on average. That being said, it's true that adopting a puppy or a younger adult dog will probably mean more time with him.

This is a valid concern. Generally, older dogs tend to have more health problems than puppies or adult dogs in their prime. Health conditions like arthritis, diabetes, obesity, vision or hearing problems are more prevalent in senior dogs.

However, not all senior dogs have serious health problems and you can choose a pet that hasn’t shown any signs of deteriorating health. Of course, that doesn’t mean that they won’t and taking on a senior dog means that you have to be prepared for this. As far as health goes, it is almost certain that a senior dog will require more frequent vet visits, which will cost you, so keep that in mind when you make your decision.

Potential adopters worry over the behavior of senior dogs because they think that behavior problems are the reason why their previous owners have given up on them. Also, they fear that dogs who spent part of their lives in bad conditions and suffered through being in a shelter or a pound will have behavior issues. 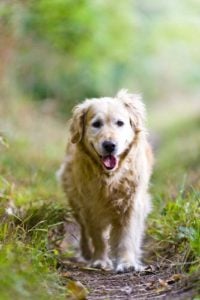 This is not always a valid concern. The truth is that many dogs who end up at the shelter have been given away for other reasons too. Unfortunately, there are many dog owners out there who give their dogs up after they become bored with them or can't take care of the animal any longer for whatever reason. Other reasons may include the death of the owner, a new baby or new relationship, a job loss, a move and so forth. The dog’s behavior and temperament doesn't necessarily be the reason to give up the dog.

That being said, it is possible for some senior dogs to have behavior issues, but most of those problems can be easily corrected with training and love since they stem from fear and abandonment issues. Many shelters even begin working on these behaviors as soon as the dog ends up in the shelter.

The “You Can’t Teach an Old Dog New Tricks” Presumption

This is not a valid concern. This old proverb is taken literally by some people, but it's actually a myth. Old dogs certainly can learn new tricks. Moreover, most senior dogs are already housebroken and don’t need training, or at least not as much as a puppy would. They are usually potty-trained (although some may have incontinence issues) and know most of the basic commands like “Sit” or “Come”.

While it is true that a small amount of senior dogs have bad habits and that those bad habits are harder to correct than it would be with a younger dog, this is not as common as people may fear.

Reasons to Adopt a Senior Dog 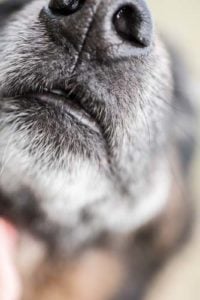 Now that we covered some of the biggest concerns about adopting senior dogs, let’s take a look at some of the advantages that come with adopting an older pet instead of a puppy.

You Get What You See

When you adopt a young puppy, they will grow into a bigger animal and you have to plan for that. When you adopt a senior dog, you already know how big he is and it is easier to buy a dog crate or a dog bed for your pet. Also, you won’t have to worry about adopting a small mix breed only to see the pooch grow as big as St. Bernard.

Senior Dogs Are Easy to Handle

Senior dogs are a good choice for people who never owned a dog before. Adult and senior dogs are already socialized, trained and don’t require as much time and attention as puppies do. You probably won’t have to potty-train a senior dog either, although some of them can have incontinence issues, as mentioned before.

Senior dogs are also calmer in general and less energetic. They don’t require a lot of your time, especially compared to puppies, which makes them a perfect pet for owners who are couch potatoes or not too outgoing. Finally, old dogs sleep more and they also sleep when you do, unlike puppies that have erratic sleeping patterns.

You Are Saving a Life 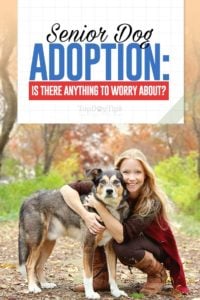 Senior dogs spend four times as much on pet adoption websites compared to puppies and adult dogs, statistics show. In animal shelters, they don’t have that much time since most of them are overcrowded. That means almost certain death, which also means that you will be saving a life that anyone else is likely to save when you adopt a senior pet.

According to majority of owners who've adopted old pets, senior dogs seem to sense that they have been saved and they never stop expressing their gratitude. With a senior dog, you get a lifetime companion who will love you and cherish your friendship indefinitely. They are also a great choice as therapy dogs or companion pets for seniors since they are calm and don’t get easily excited.

READ NEXT: 6 Vet’s Tips on How to Care for Senior Dogs 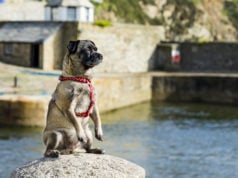 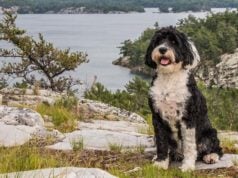 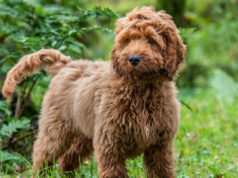