Home Dog Care How Do I Know If My Dog Has Heartworms? 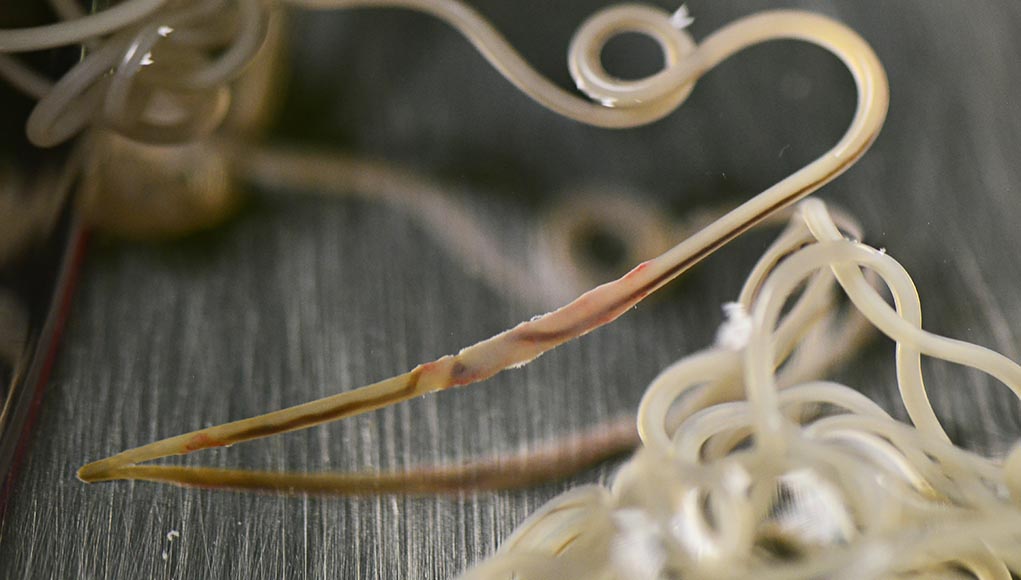 Many dog owners know that it is important to give their dog monthly heartworm medication. They do it because their veterinarian recommends it, without even thinking about what exactly heartworm is and how devastating its effects can be. After all, nobody really wants to put too much thought into anything with the word “worm” in it. But what if their dog develops heartworm? Do they know what the symptoms are, what to do about it or why their dog contracted it in the first place? Even if they are aware, it doesn’t hurt to reinforce that heartworm can still happen, even with monthly medication.

Simply giving a dog its heartworm medication a couple of days later than normal could put the dog at an elevated risk of contracting the disease. Even if you give it on time, your dog may spit out or vomit the heartworm pill without your knowledge. Knowing what symptoms to watch for will help you determine whether your dog has heartworms and allow you to get essential treatment sooner than later.

What Is Heartworm Disease?

Heartworm disease is a fatal disease in which worms that are formed from a parasite penetrate the heart, lungs and blood vessels. Left untreated, heartworm disease can lead to heart failure, lung disease and the breakdown of other organs in the body. It doen’t only affect dogs either. Cats and other mammals can get heartworm disease, as well as—but rarely—humans.

How Does Heartworm Disease Happen?

Although heartworm disease does involve actual worms in the dog’s body, it all starts by a mosquito bite. When a mosquito takes blood from an infected dog, it takes in something called microfilariae, which are essentially “baby heartworms” that live in the dog’s body. When that mosquito goes on to take blood from any other dogs, it transfers those microfilariae to those dogs. If the dog is taking heartworm medication properly, the dog should be safe and shouldn’t develop the disease at all. But a dog who isn’t taking preventive medication could essentially then become infected.

By the time any symptoms become apparent, heartworm has most likely spread, as symptoms tend to show when the heartworms reach maturity. That takes six months, which is plenty of time to spread through your dog’s body and cause complications, or even death. Treatment can be difficult for your dog to tolerate as well as expensive. That’s why it is so important to take action as soon as possible after noticing symptoms.

The symptoms you may notice in a dog with heartworm disease will differ, depending on which stage of their lifecycle the heartworm is in. While the following symptoms can be signs of other conditions, they should cause concern and prompt a visit to the vet for a heartworm test.

Some dogs tend to cough on occasion, and it shouldn’t always be a cause for alarm. For example, toy breeds may have small tracheas that collapse when they age, causing a cough. Some dogs cough when they get excited. There are also other types of coughs, however, that should be checked out. For example, there is kennel cough, which is a strong cough that comes and goes sporadically. In contrast, a cough from heartworm disease is a persistent, dry cough. It might start out sporadically as the heartworms first enter the lungs, and then become persistent as the worms grow.

Your dog might also have difficulty breathing, causing a cough and resembling an asthma attack. Adding to the discomforting cough is the fact that fluid may build in the blood vessels of the lungs, which makes adding the process of adding oxygen to the blood difficult.

It can be discomforting to see a normally active dog gradually become tired in uninterested in things they used to get excited about, such as going for walks or playing fetch. Don’t assume that old age is the cause or that they simply got bored with the activity; it could be an indicator of heartworm disease. As the disease progresses, any type of activity could prove to be too much for your dog.

As a result of this lethargy, your dog may start to lose weight. That’s because they may be too tired to eat and too uncomfortable to even enjoy treats.

After the heartworms have matured, they can grow up to a foot long in the lungs, heart and veins, causing blockages throughout the body, especially the chest. And as fluid from the blood vessels fills the lungs, your dog’s ribs may seem to expand or bulge. This appearance may be amplified by the fact that your dog appears to be losing weight everywhere else in its body.

Without immediate treatment, heartworms have the ability to reach maturity and become fully grown. Symptoms will be hard to ignore and can have long-term health complications even after being treated. Besides lethargy, weight loss and a dry cough, your dog may also display the following symptoms:

Dogs that have excessive amounts of heartworms in their body can develop caval syndrome, which is a sudden blockage of blood flow in the heart. Symptoms of caval syndrome include pale gums, and dark or bloody urine, in addition to labored breathing.

What to Do if Your Dog Has Heartworms

If you suspect that your dog may have heartworms, you should contact your dog’s veterinarian as soon as possible. They will want to see your dog so they can perform tests to see how advanced the disease has progressed, if your dog does indeed have heartworm disease.

Once they’ve tested for heartworm and have a confirmed diagnosis, they will need to take steps to kill both the adult worms and the immature worms. This is a delicate process as they will want to make sure the side effects are minimal throughout the long process.

While in treatment, your veterinarian will likely want to restrict exercise, even if your dog feels better. This is because any physical exertion will increase the damage the heartworms are causing while still in the body.

Keep in mind that different levels of severity will require different forms of treatment. Dogs that have heartworm but display little to no symptoms have a very high success rate. Even dogs with severe symptoms can be treated successfully, but they may have long-lasting complications. Either way, your veterinarian will want to see your dog again about six months after finishing treatment to confirm that all heartworms are gone.

Giving your dog heartworm medication on a regular schedule is the best way to prevent heartworm disease. If you do notice any symptoms, however, it is best to contact your veterinarian as soon as possible, since early treatment can not only save your dog from discomfort, but also help you avoid large veterinary bills from treatment.

Are Tennis Balls Bad for Dogs?