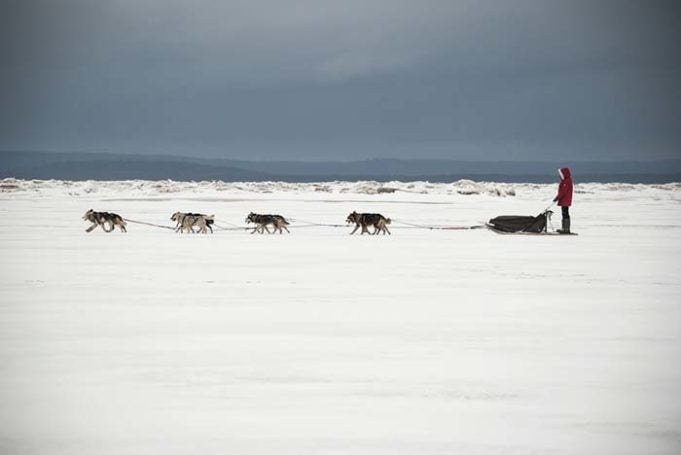 The sled dog culture in Greenland is unique but the last two decades sadly saw its population decrease, new study says. Here's what is happening.

The population of domestic dogs continues to increase every year and while this remains a growing problem, a different kind of population problem is brewing up in the north in the Arctic regions. Apparently, the number of sled dogs in Greenland has been rapidly decreasing in the last two decades.

A story on Science Magazine is shedding light on the threat of extinction among sled dogs. The report puts the current number of sled dogs at 15,000 but it's unclear how long before they cease to exists.

Greenland is one of a few regions on earth with the sled dog culture. If these animals disappear, then knowledge and technology that goes with raising and training sled dogs disappear with it too.

Stepping up to Save the Sled Dogs 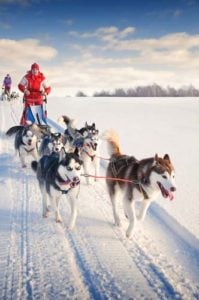 To prevent the situation from worsening, a team of scientists from Denmark is stepping up. Professor Morten Meldgaard who is aligned with the Natural History Museum of Denmark has come up with at least 22 recommendations to save the sled dogs and preserve this unique culture.

The scientists are working towards creating a sustainable life for these sled dogs and their handlers. The experts are also figuring out ways for this culture to thrive despite the threats of global warming.

One suggestion would be to use the sled dogs for tourists, or transport, or to help handicapped children. But the experts' recommendations might only work in as far as the sled drivers and decision makers in government posts are willing to embrace the ideas.

The Denmark experts are also working with the government of Greenland to make some 4,000 square kilometers of an area in the Arctic region as a UNESCO World Heritage site. This way, the sled dogs remain protected.

Meldgaard said that there are many factors contributing to the risks of sled dog extinction. Apart from global warming, most people no longer use sled dogs for transportation. Instead, they have snowmobiles to get to places.

It’s also harder for families to raise sled dogs because of the lack of food and resources in this region. These animals live on a diet of fish but most of the supplies go to feeding humans first than the dog population.

Sled dogs are also more prone to develop diseases that make raising and domesticating these animals more challenging. In response, the Greenland government has set aside millions of dollars to carry out the vaccination of these animals. Ideally, the health project will take three years to complete.

Sled dogs arrived with the Thule people in Greenland over a thousand years ago. The Thules are the ancestors of the Inuit (Eskimo), who used the dogs for hunting polar bears and seal. They also relied on these animals for transportation. Studies have shown that today's sled dogs are descendants of the Canadian Eskimo Dog.

As with any working dogs, sled dogs used to be very important in Greenland for its stamina, perseverance, and ability to cover long distances when traveling. In the past, Antarctic expeditions included a number of sled dogs because these animals were strong enough to carry and pull loaded containers through cold and harsh lands.

Looking at all of history of dogs, sled dogs were not ideal house pets, however. Their temperament matches the environmental conditions in Greenland and it would take a very firm human to keep these dogs as pets. However, sled dogs are very loyal and protective of their human just like any pack member. Aside from the Thule and the Inuit, the Vikings also used sled dogs for their exploration and hunts.